MAN CONFESS WHO HE USED TO KIDNAPPED AND KILLED PEOPLE INSIDE HIS HOUSE,(PHOTOS). 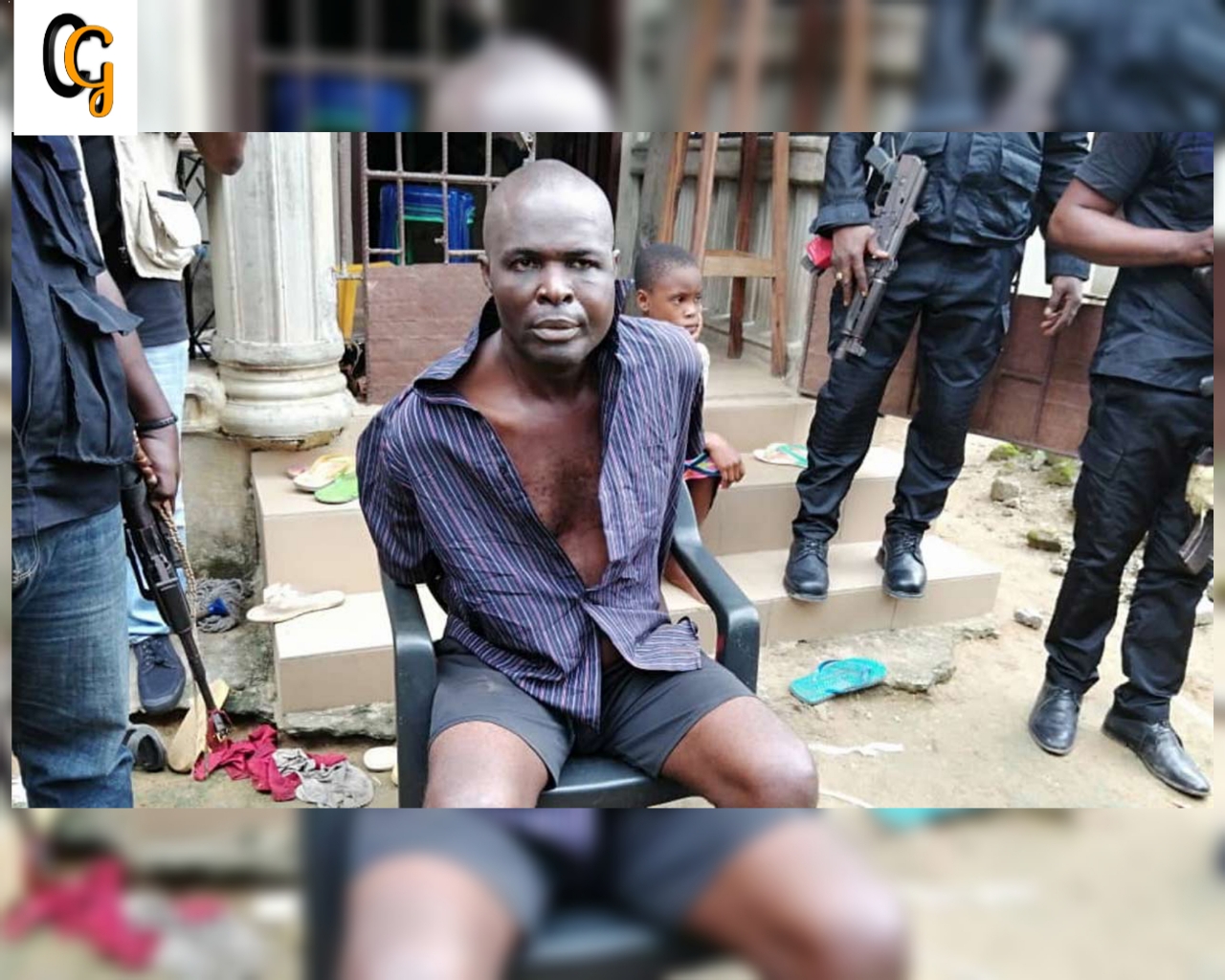 Man identify as Ndubisi  Anthony confessed how he used to kidnapped people and killed them inside his house.

According to the reports, he move harmless and easy going, he is a dangerous man. He is a shoe dealer at Ogbunabail Road,in  port Harcourt city.

The 52 years old man who is from Ngo-Okpala in Imo state, has other secret criminal ventures involving kidnapping and killing of people apart from his business (buying and selling of shoes).

He led a detachment of policemen to his house in Umuebule 1 Community, Etche local Government Area in Rivers state and was caught by his neighbour.

He have a very big house with high fence, four bedrooms, this compound was protected with a gate, and it made it impossible for people to know what happens in his compound.

For all the time he has been doing it nobody suspected what he is doing inside his company, inside his compound he has a pit dug very close to the fence and covered with columns of concrete innocent people.

Who entered his compound, but it was a mere soak away pit, he only knew that the pit was not meant for sewage alone but burial ground for victims of his illicit trade.

He confessed how he kidnapped people struggling them and dumped their body in the pit inside his compound.

Most of his victims bodies had completely decayed remaining their skulls, but one was still fresh when the police commissioner in the state known as Joseph Mukan engaged some youths in the area to pull them out.

Anthony makes his victims feel at home in his living room and also offered them a special seat but he catch his victims by buying or selling goods to them.

Though he said he lived with  his wife and four children, but it was discovered that his wife fled the compound before nemesis caught him. While two of his grown children were no longer living with him.

He confessed that he started kidnapping and murder in February and he had so far killed four of his business partners.

He said three of his victims were Togolese  while one came from Aba in Abia state, He then explain who he got them by telling them to bring shoes in his house. When they bring it he will tell them to sit down.

Then he will go through their back and strangle them to death, he has been doing this for awhile now. He collect their shoes then killed them and i also get money after he did the last one.

Police started investigate him and they started looking for him, one of his customers called him to come out when he got their and he was caught by police.

He live there with his family, and he kidnap people and kill them by inviting them in his house killed them and throw them inside a pit.

He said he started his kidnapping work because of poverty adding that he had so far N800,000 from his victims families. The last operation that exposed him to police.

His business partner known as Ajumiene Ofor from abia state,  his partner supplied him goods that worth N500,000 on credit, then he told his partner to come to his house for payments.

Then the man arrival at his house, he sent his address to his wife in Abia, the discovery was made when a trader from Aba in Abia state left the address and phone number of the suspect with his wife upon departure to collect the sum of N500, 000 being cost of goods supplied to the suspect on credit.

After she waited for 2 days without any sign of her husband back the wife of the victim reported to the police, who made an investigation into the matter.

On  interrogation the suspect took the police to his  house where fresh corpses were recovered from a 20 fit soak away pit exclusively dug for dumping of corpses.

He live with his two little,the  childern were demonstrating how their father strangled his victims before them, they hinted that their father sternly warned them not to tell anyone of his evil work or he would also apply Same on them.

Nnamdi Omoni who is the Police Public Relations (PPRO) said the operatives of Anti-kidnapping unit in a sting operation on 29 June at about 1330hrs, arrested a notorious kidnapped and serial killer one Anthony Ndubuisi m from Ngo-Okpala in IMO state,

But resides of Umuebulu Etche LGA, the suspect who was arrested through intelligence led police on interrogation confessed he killed people inside his house.