MINISTER OF EDUCATION IN ZAMBIA GOT SACKED OVER HIS VIRAL S*X VIDEO. 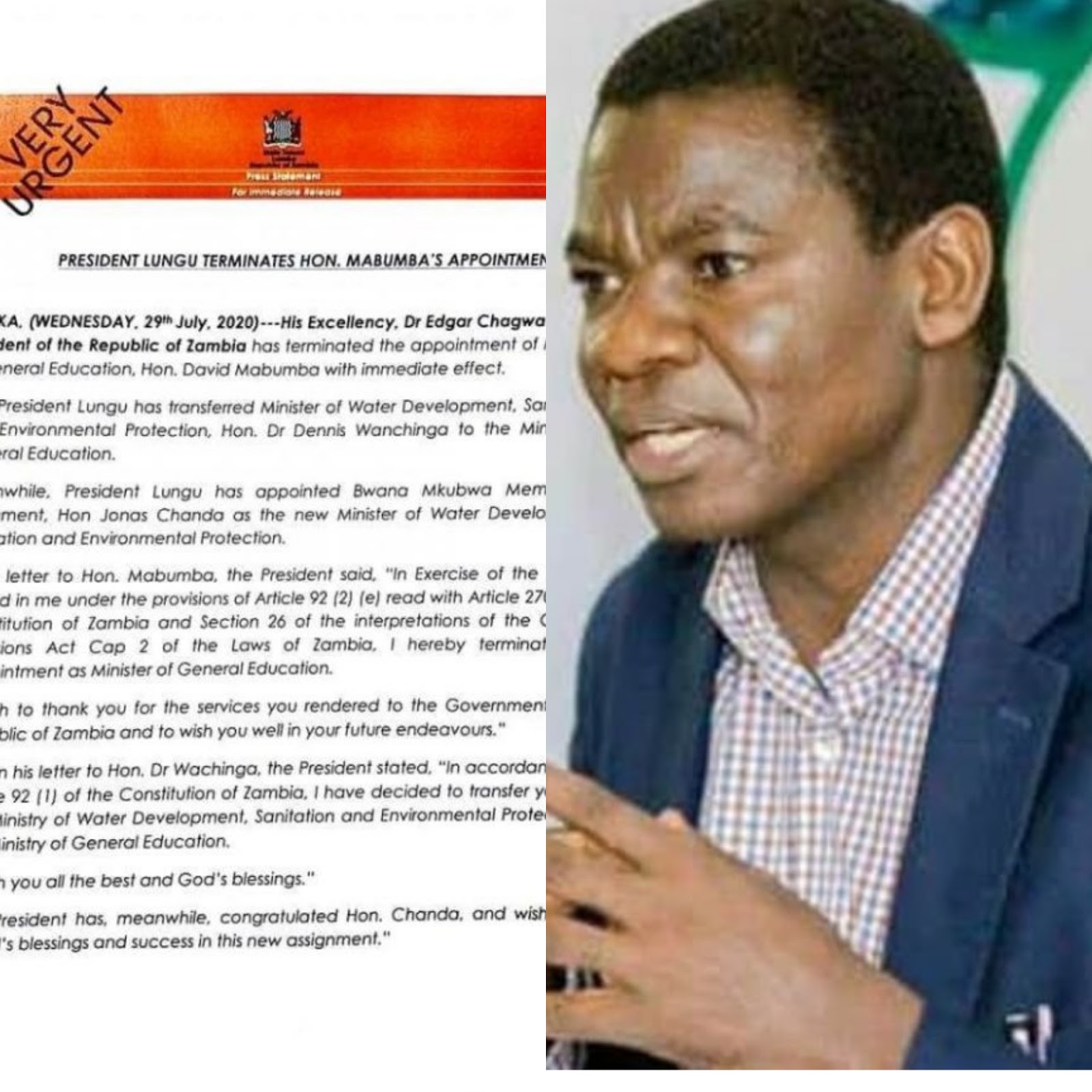 David Mabumba who is the minister of Education in Zambia got sacked after appearing in viral s*x video online.

"I have  relieved Minister of General education Hon David Mabumba of his duty with immediate affect, i have the n&ked him for the services he rendered to Government and wished him well in his future endeavours".


Dr Dennis Wanchinga who is the minister of Water Development, Sanitation and Environmental Protection will move to the Ministry of Education in the same capacity.