NEWS: OSHIOMOLE APOLOGIZED TO EDO PEOPLE FOR SUPPORTING OBASEKI IN 2016. 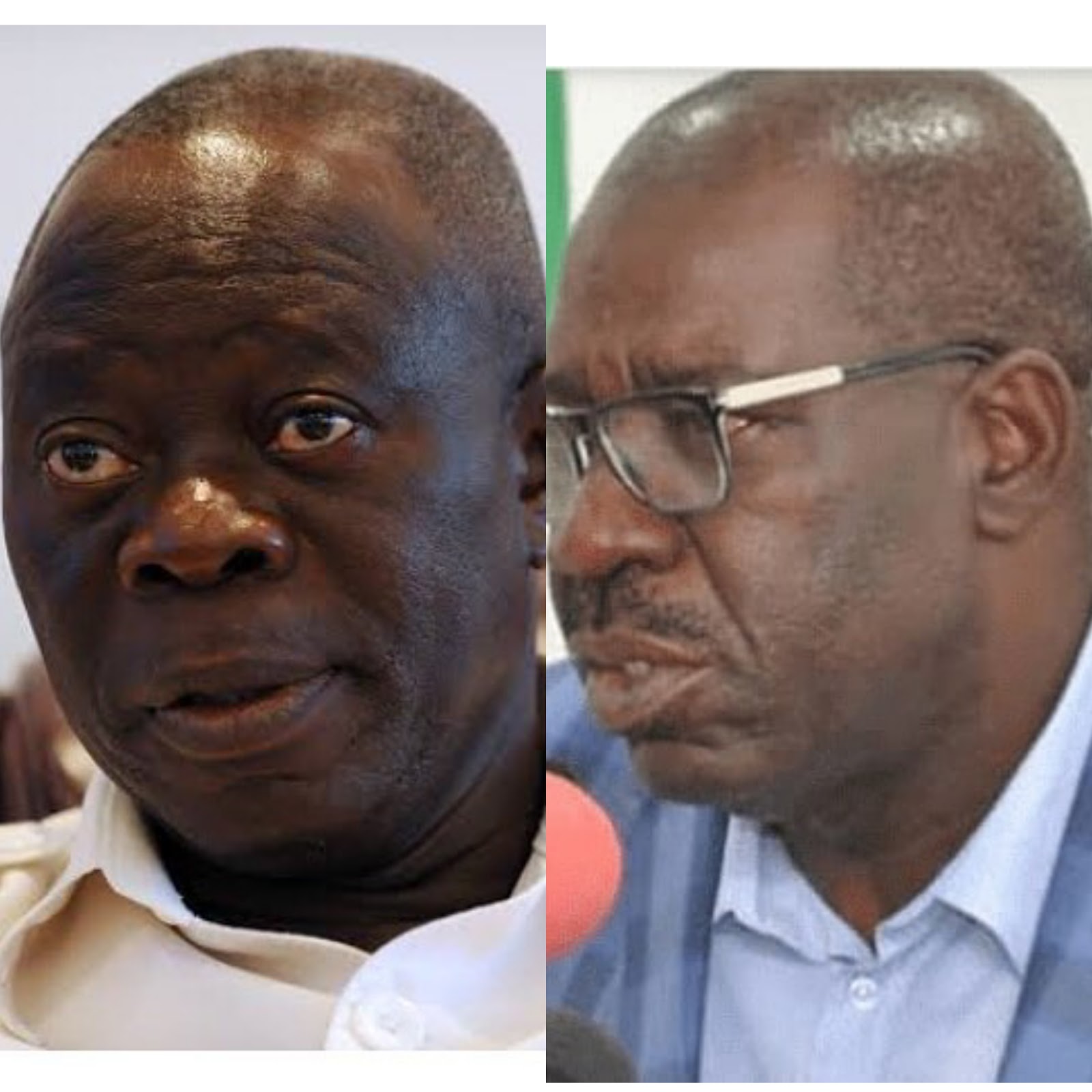 The former Governor of the Edo state state and also the suspended National Chairman of APC known as Adams Oshiomole said he regret supporting Godwin Obaseki over 2016 election, on September 19 Edo people will punish him for all the bad thing he did to Edo people.

According to the news, Oshiomole who supported Godwin Obaseki as he successfully won for the Edo state 2016 Governorship election, seen then things have since fallen apart between them.

He made a statement to the resident of Edo state on Sunday July 26, according to him he said he supported the governorship aspiration of Obaseki over 2016 to to take over of his project and programs, i regret for my actions and i am apologising to the people of Edo state for forgiveness.

I have made my honest mistakes, only God  is perfect. Am 68 years old now, i have come to apologise for the mistake of supporting Obaseki in 2016.
I am in Edo to repair my mistakes, God had a reason for what happened to Ize-Iyamu in 2016. Leaving as the National Chairman of Apc is to give enough time to correct my errors.

Obaseki has abused the trust of Edo people with our permanent voter cards, we shall punish Obaseki on September 19. Ize-Iyamu will be the next Governor of  Edo state.