OMG, STORY OF HOMELESS MAN GOT CHANGED AFTER MEETING A WEALTHY MAN ON THE ROAD. 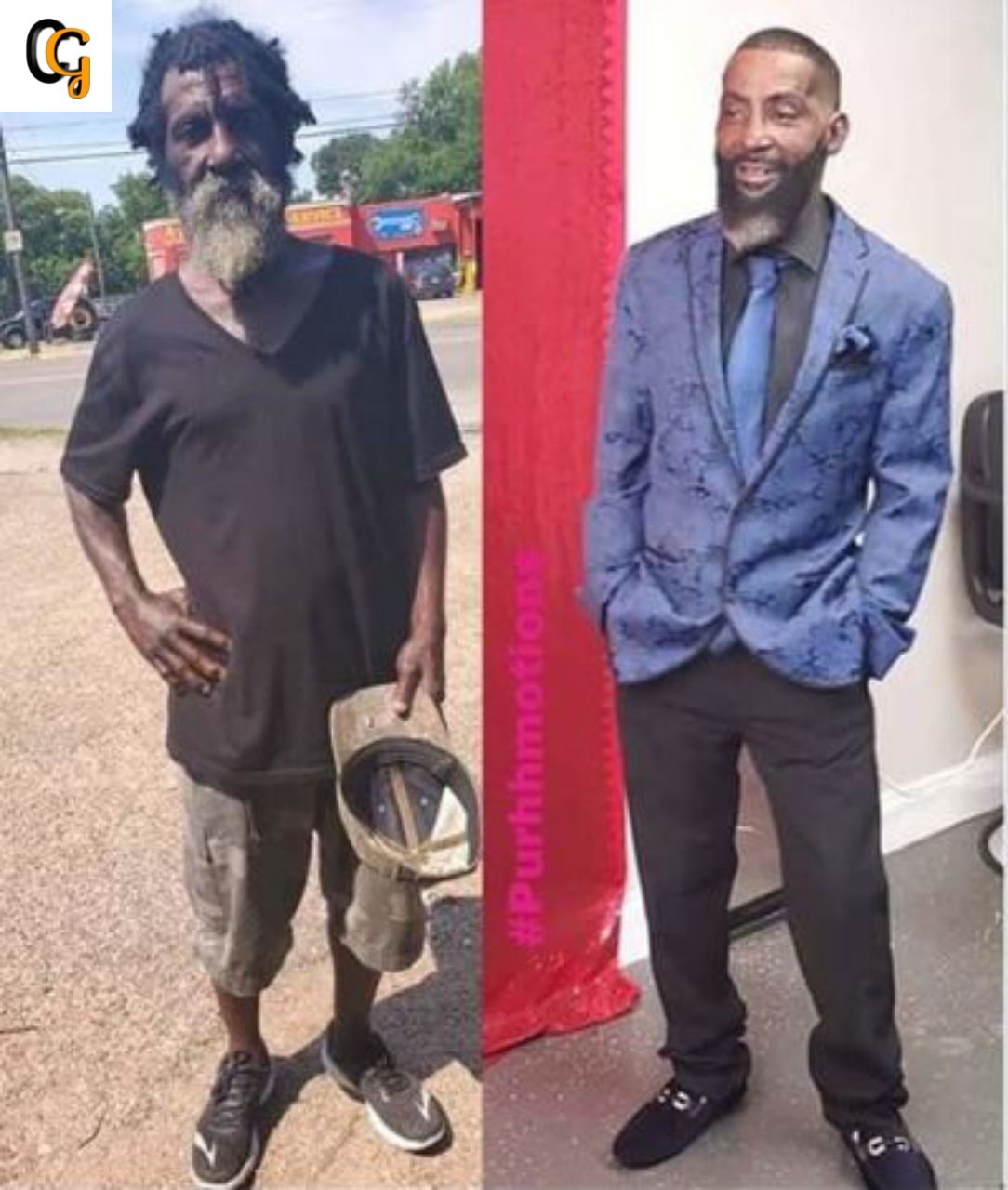 Life of homeless man got changed after meeting a wealthy man on the road and was transformed after a kind barber gave a free haircut.

According to the story, the man who was mentally ill has been homeless for 20  years, he has an economic challenge that make him to be homeless and be seeking respite on the street.

The story was shared on social media, the man revealed that life has finally smiled on the man after years of suffering neglect from society and his family.

Within the photos it showed that the man is extremely tattered clothes in the frame on the left while the other shows him completely transformed after receiving a makeover.

This happen on the fathrs day and the mbarber decided to give him a makeover, in the post the man's name was not revealed.

Despite the gaps, the two photo collage showing the man's striking positive transformation has evoked  commentaries with many gushing about his impressive looks.