SAD NEWS, 19 YEARS OLD BLACK BOY HAS BEEN ATTACKED BY A RACIST WHITE MEN IN UK,(PHOTOS). 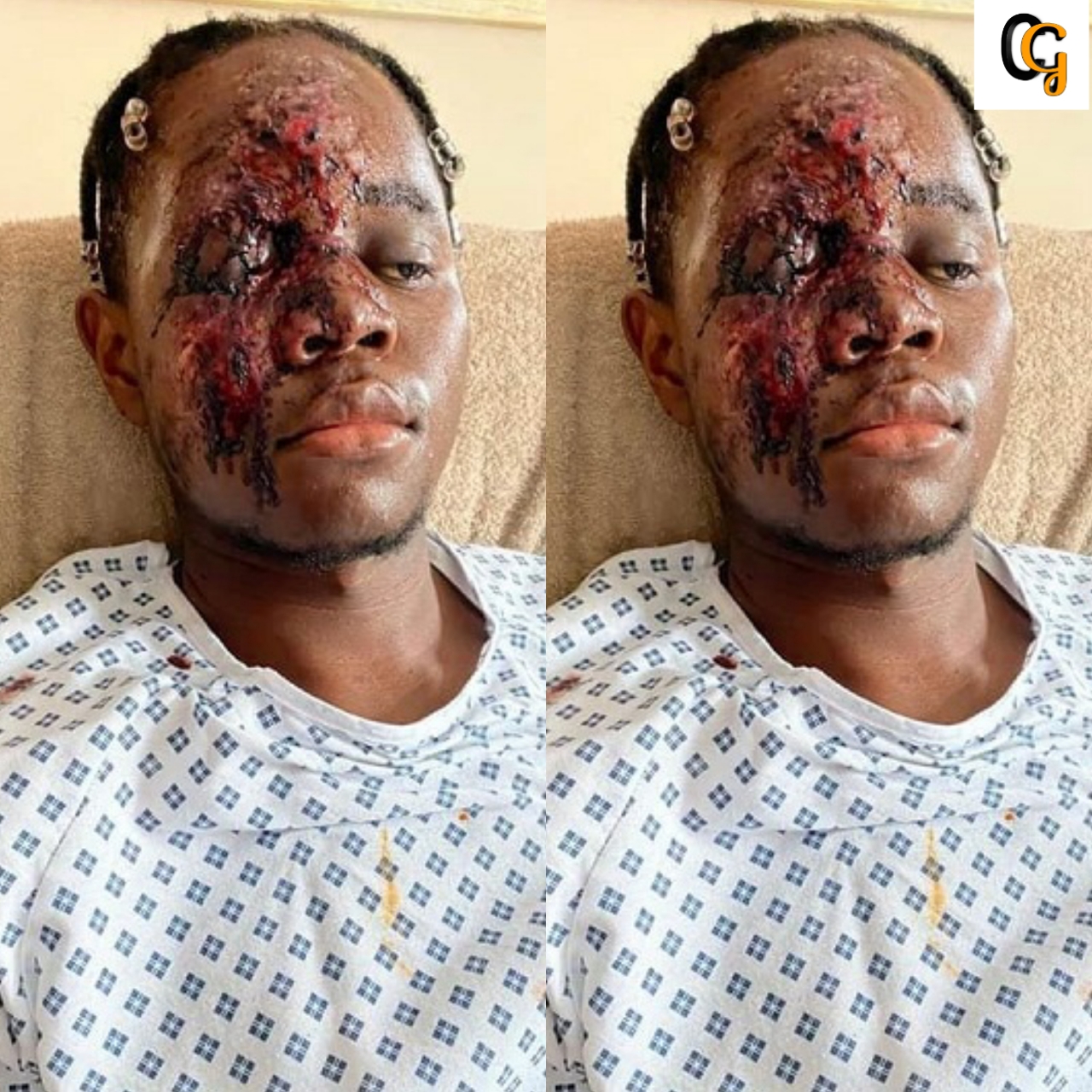 Sad news, as a young black man has been in a bad injured after he was hit by some racist white men in UK.

According to the news, the victim who is 19 years old, who works at Southmead Hospital in UK. He was on his way back home on 22 July, when he got hit along Monks park Avenue ran him and was also confirmed some eyes witnesses that it was a racially motivated attack.

The eye witnesses also said that the occupants of the car Screamed "FUCKING NIGGER" as they hit him into a wall and he breaks his bones. Police has confirmed that it was a deliberate act and was racially motivated.

What happened and are now treating the incident as a racially aggravated assault as Detectives began to investigate the case.

The news was shared on Facebook, according to him he said,"A friend and colleague of mine suffered a serious racial hate crime last Wednesday been 22nd July as he was coming back from work around 4pm from Southmeadhospital. "He is alive Thank God, but the damage done to this young boy is already too much to bear when when you consider they ran him over into  a wall breaking bones in his legs and cheek bones all because he is a black.

"The perpetrators could be heard streaming fucking NIGGA  by at least 15 eyewitnesses as they ditched the car running off leaving him to fight for his life, This is the fight we're fighting when we say Black lives matter. Time for Change  not for any Marxist movement but for our sons and daughters so for anyone who feels to tell me all lives matter please don't bother ever talking to me as you're Missing the point of all this.

Its so bad that we are having to deal with this in 2020, i now can't even let my kids play outside because the risk of someone actually driving towards them because they are black is to high or just attacking them in broad day light.

Lets stop the hate and now feel empathy, this is terrorism of the highest order but because these criminals are white and not Islamic so its not reported as such. That in its own right is a sign of racial bias.

So my white Christian brothers and sisters please the next time you think about standing against black lives matters based on the secondary issues they stand for instead of the primary ones remember you're being part of the problem.

Your kids don't have to walk in fear of such terrors and neither do you, spiritual issues these are yes from a church perspective but in the wider community people are suffering and the churches solution is to fight the one organization that is standing up for the rights of the victims whilst not standing up loud enough for the victims itself".

"I will end it there and let the picture below speak to you next time any of my white friends wants to say i have suffered racism as well."

On the evening of the attack how eye witnesses had seen two men run off from the vehicle after the crash and that the road had been closed for more than five hours as forensic teams scoured the Scene as Bristol live reproted.

According to Det Insp Danielle  underwood stated officers have now interviewed the victim, who was rushed to southmead Hospital with serious injuries, but which were at the time not through to be life threatening.

Police have also carried out house to house inquiries and are still in the process of taking more than a dozen witness statements, we're still in the early stages of our investigation. But the account of the victim and initial witnesses suggest a vehicle was deliberately driven at the victim and racist language was used following the collision as she also stated.