SAD NEWS: GRANDPARENTS GOT ARRESTED FOR MALTREATING THEIR 7 YEARS OLD GRANDDAUGHTER AFTER HER FATHER DEAD,(PHOTOS). 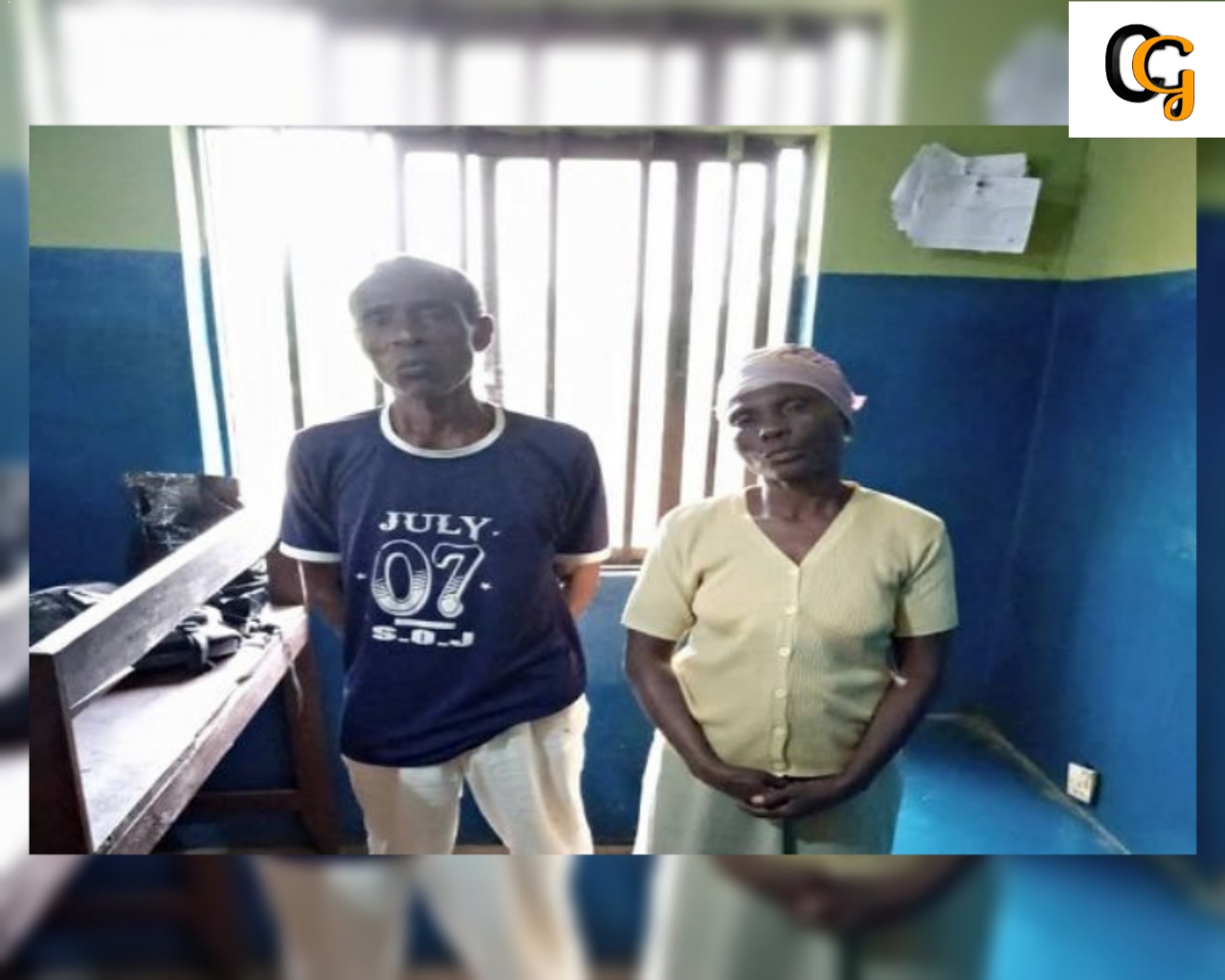 Police arrested grandparents (Mr joseph Akporugo and janet Akporugo) for maltreating their seven years old grand-daughter and also accused her for using her witchcraft to kill her father in Ogun state.

According to the statement released by the state police spokesperson known as Opeyemi Abimbola said the 7 years old child plight came to the open after she walker into the home of the police officer who is living next to her home in Awa Ijebu area of the town.

She also said her grandparents would put rubber on fire and use it to burn her all over her body.

She also  told the police that her grandparents accused her of using her witchcraft to kill her father, the case was reported at the Awa-ljebu police station and the Couple were immediately arrested.