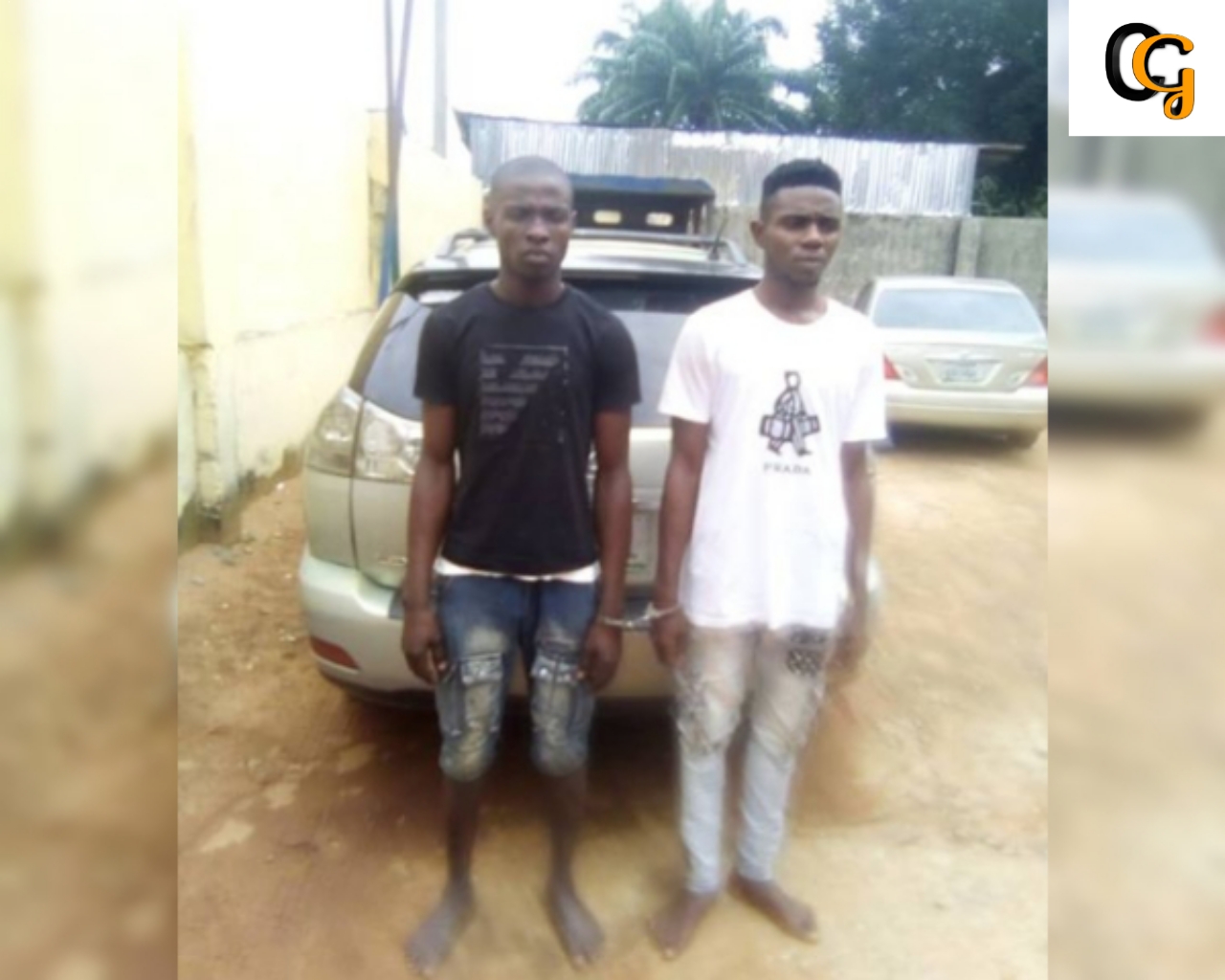 Two teenagers known as Emmanuel Nwafor and Chukwuebuka Obi age 23 years old and 21 years old, was arrested for killing 45 years old man known as Mr Enoch Nwosu and also stole his car and abandoned him in a forest in Amichi Anambra state.

According to the news, The incident happen on Sunday been 5 July, the Anambra state police command SP Haruna Mohammed who revealed that investigation had commenced.

He stated, on the 9 of July  following actionable intelligence, police operatives attached to Ichi Division arrested Emmanuel Nwafor who is 23 years old and Chukwuebuka Obi who is 21 years old all of Amichi town in the Nnewi south LGA of Anambra state.

They robbed and killed one Enoch what is 45 years old  of Enugwu-Aja Village Ichi who left his house since Saturday been 4 July 2020 with his lexus 330 jeep NO.ZBL 38RL, the suspects was visited by police detectives while the body was found at Amichi forest and  was deposited to the mortuary after it was certified dead .

Consequently, the robbed lexus jeep and other valuables things which was also recovered from the suspects in Asaba and registered as exhibit.

Case under investigation after which the suspects and their fleeing accomplices would be brought to book.