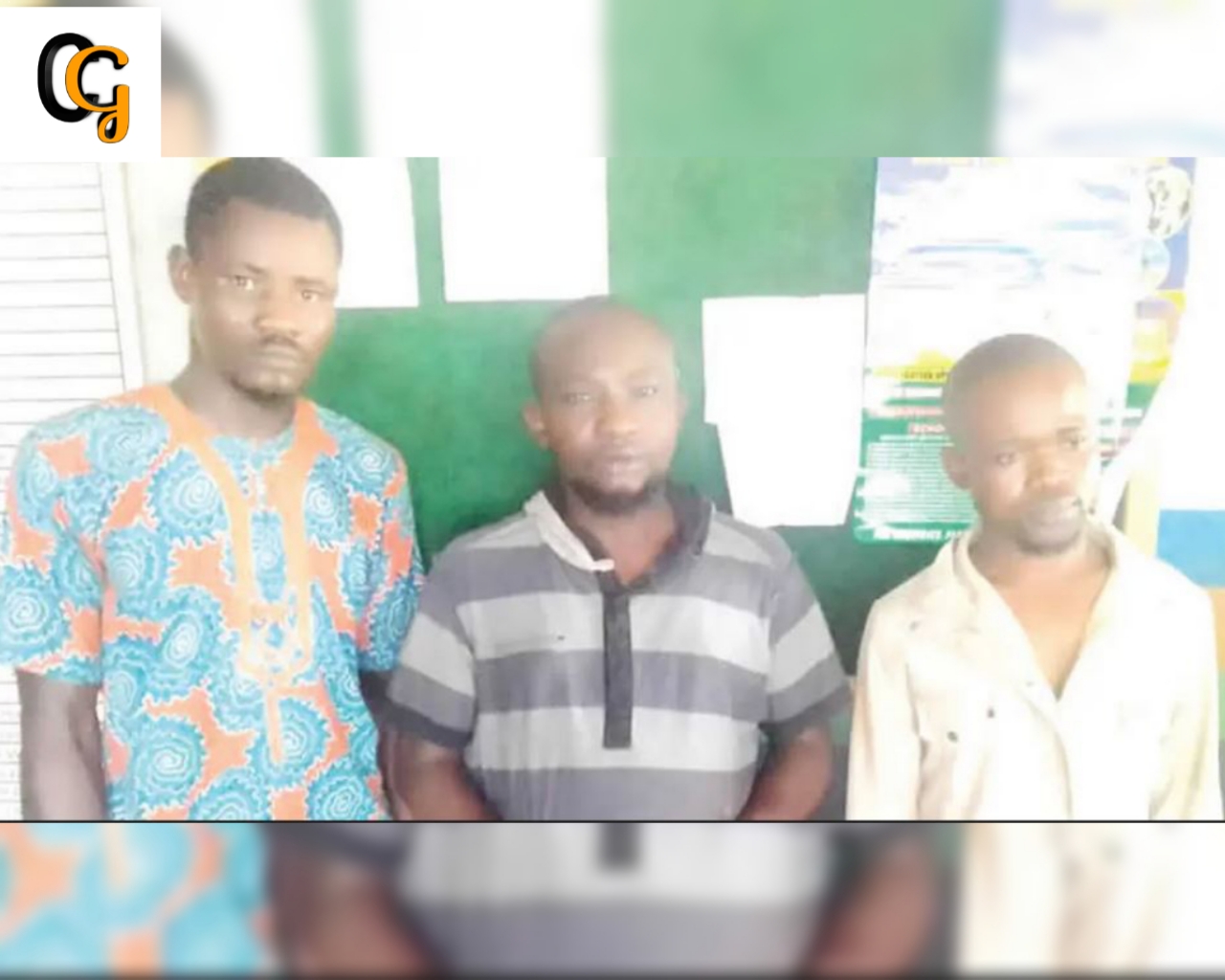 Man and his friends has been arrested known as a land grabbers, who killed seven workers at a construction site in Ogun state.

According to the reports from police public Relations officer known as Abimbola Oyeyemi said on Thursday the suspects had been terrising the residents of Ota and its environs before they were apprehended. On Monday.

The suspects who are identify as RUFAI ABDULKAREEEM, TOBI AJAYI and WASIU OLADIPUPO got arrested following a distress call by residents of the Owolabi Estate in Ota Ado-Odo/Ota local Government Area of the state.

He also explained that the police Area Commander, Ota received a distress call that some hoodlums, numbering about 10 and operating on motorcycle.

The police were informed that the land-grabbers were armed and shooting at the residents in the town, consequently seven among the workers at the site sustained a bad of gunshot injury.

The police got the call , the Area commander, Ota ACP Monday Agbonika called his Anti-Robbery Squad men and moved to the scene on sighting the policemen the hoodlums took to their heels but three of them were arrested,while the other escaped.

The PPRO said that items was recovered from the suspects. included one locally made single barrelled pistol three live cartridges and two expended cartridges, the injured workers had been taken to the General Hospital, Ota for medical attention.

The state commissioner of police known as kenneth Ebrimson had directed that the suspects be transferred to the state Criminal investigation and intelligence Department for further investigation.

He also said that the CP also ordered that the leader of the gang identified as Joseph Ayodele be hunted down and brought to justice,