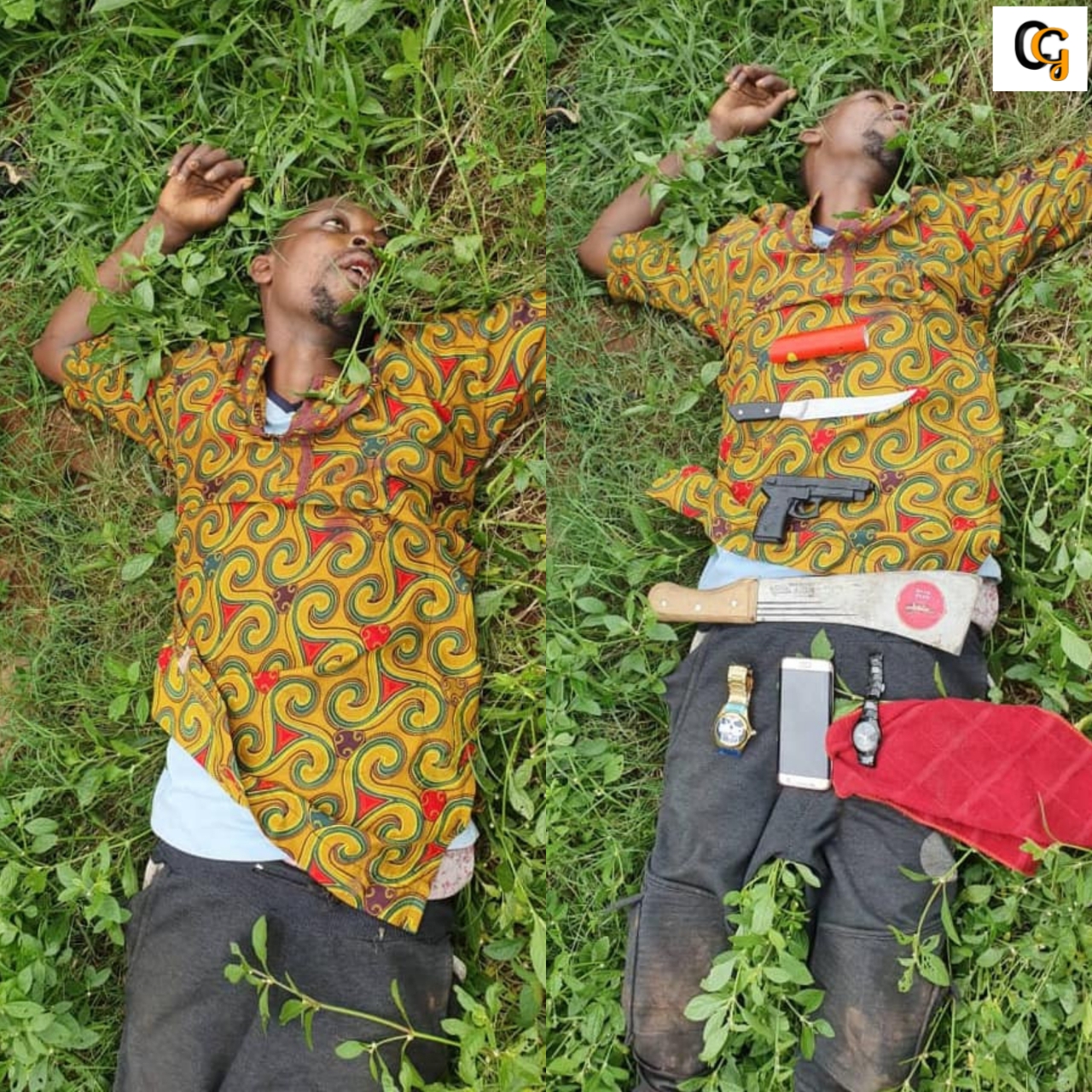 According to the news, it happened when the police DPO of Shagamu Police division known as Okiki Agunbiade was on a patrol with his men.

And they sight a Sienna bus with occupants, who had a suspicious looks but rather than stop for a search then the driver speed off.

On the process there was a gun battle that lead to the death of one of the kidnappers, Two victims rescued(Okoroji Agnes, a young corper attached to federal Girls college Sagamu and Tawa Sosanwo).

Some things was recovered from the dead kidnapper,  like one Samsung Galaxy S7 phone, one cutlass, one black toy gun and one gold wrist watch.

The  operative of Ogun police Command on wednesday 15th of july 2020 shot dead a suspected kidnapper along shagamu ijebu ode road and also rescued two victims on the operation.

It happened when the DPO of shagamu SP Okiki Agunbiade was on a patrol with his men and saw a Sienna bus which is with some occupants whose suspicious look attracted the attention of the policemen which prompted them to the said car.
The car driver immediately speed off towards ijebu-Ode road consequent upon which the DPO ordered his men to chase them.

Having realized that they are being pursued, the men in the car started firing at the policemen while on the move and the policemen fired back.

They later jumped down abandoned the car ran into the bush while the policemen chased them too into the bush and shot one dead while others ran away with some gun injuries.

From the operation two people was rescued they are, a youth corp member identified as Okoroji Agnes attached to Federal Girls College Sagamu and Tawa Sosanwo.

The two victims narrated how they were kidnapped at various locations by the hoodlums who were taken to unknown destinations be police intercepted them on the road. Their operational car was recovered with some following items: one black toy gun, one gold wrist watch, one Samsung galaxy S7 phone, one black watch and one cutlass.

The Commissioner of police, Cp Kenneth Ebrimson who was full of  praise for the gallentry display of his men has appealed to members of the public especially hospitals to inform the police if  anybody with gunshots injury is seen in their area.

He also assured the memebrs of the gang will be hunted for and arrested within the shortest time,