THREE YOUNG MEN HAS BEEN ARRESTED FOR RAPING A LADY IN OGUN. 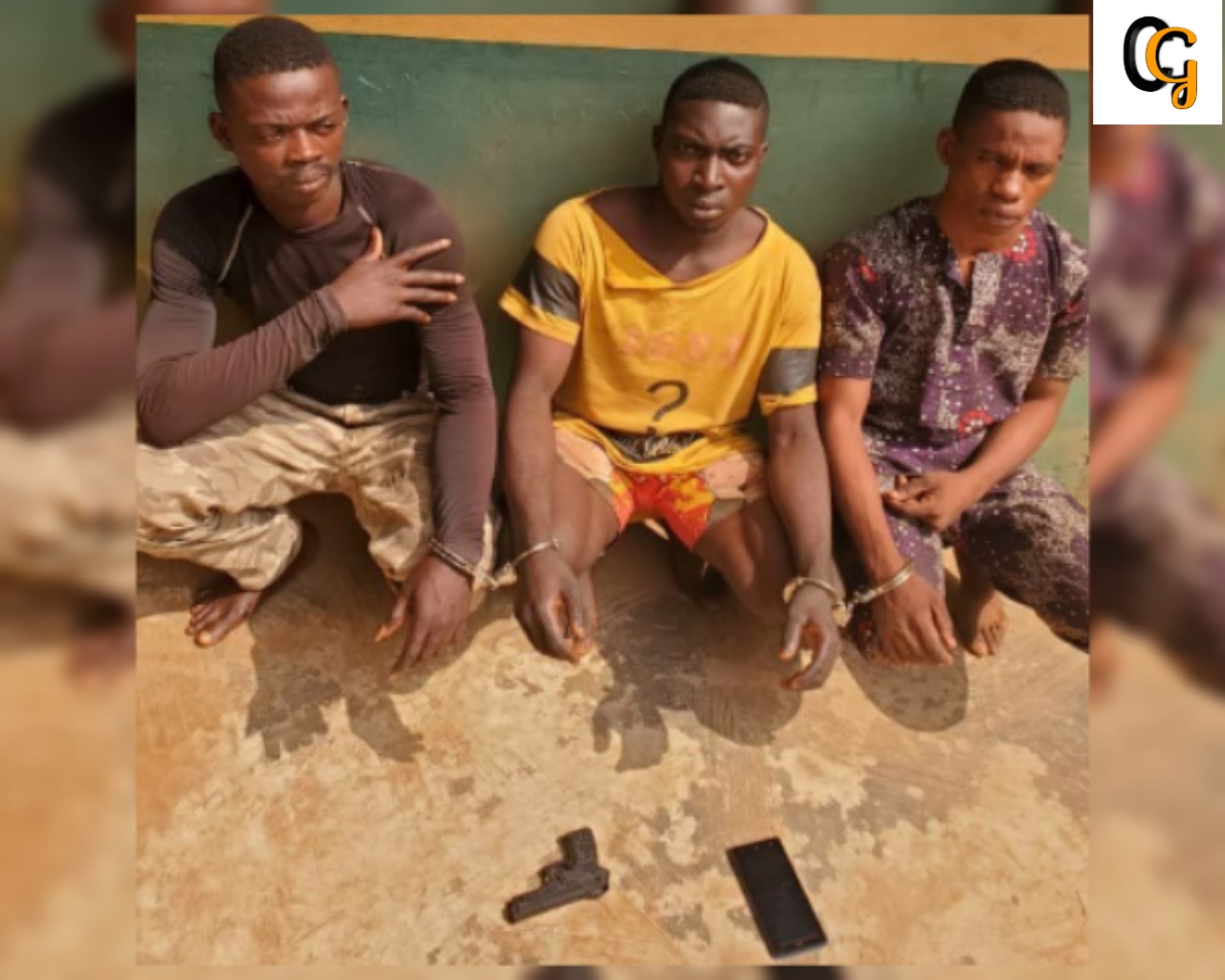 According to the reports,  Abimbola Oyeyemi who is the spokesperson of the state police command said the suspects identified as Olaoluwa, Ibrahim Kehinde and Lukman Banjoko has gang up and raped a lady, the victim reported the case at the Pgijo Divisional police station, she said she met one Enny Money who asked her to download an application on her phone with the assurance that the people she would meet on the app would help her.

As soon as she downloaded the app, one man whom she later knew to be the same Enny money started chatting with her and invited her to Idimogun area of Ogijo. On getting there, she was lured into a house where she was subsequently gang raped by five men who called themselves members of one million boys.

They started recording the act and as she submission they pointed a gun at her and while they were taking turn to rape her one by one of them was recorded.

She was threaten with a toy gun and record the incident with her phone and it was recovered from the rapist.