TWO MEN WAS ARRESTED FOR STEALING MOTORCYCLE IN OGUN STATE. 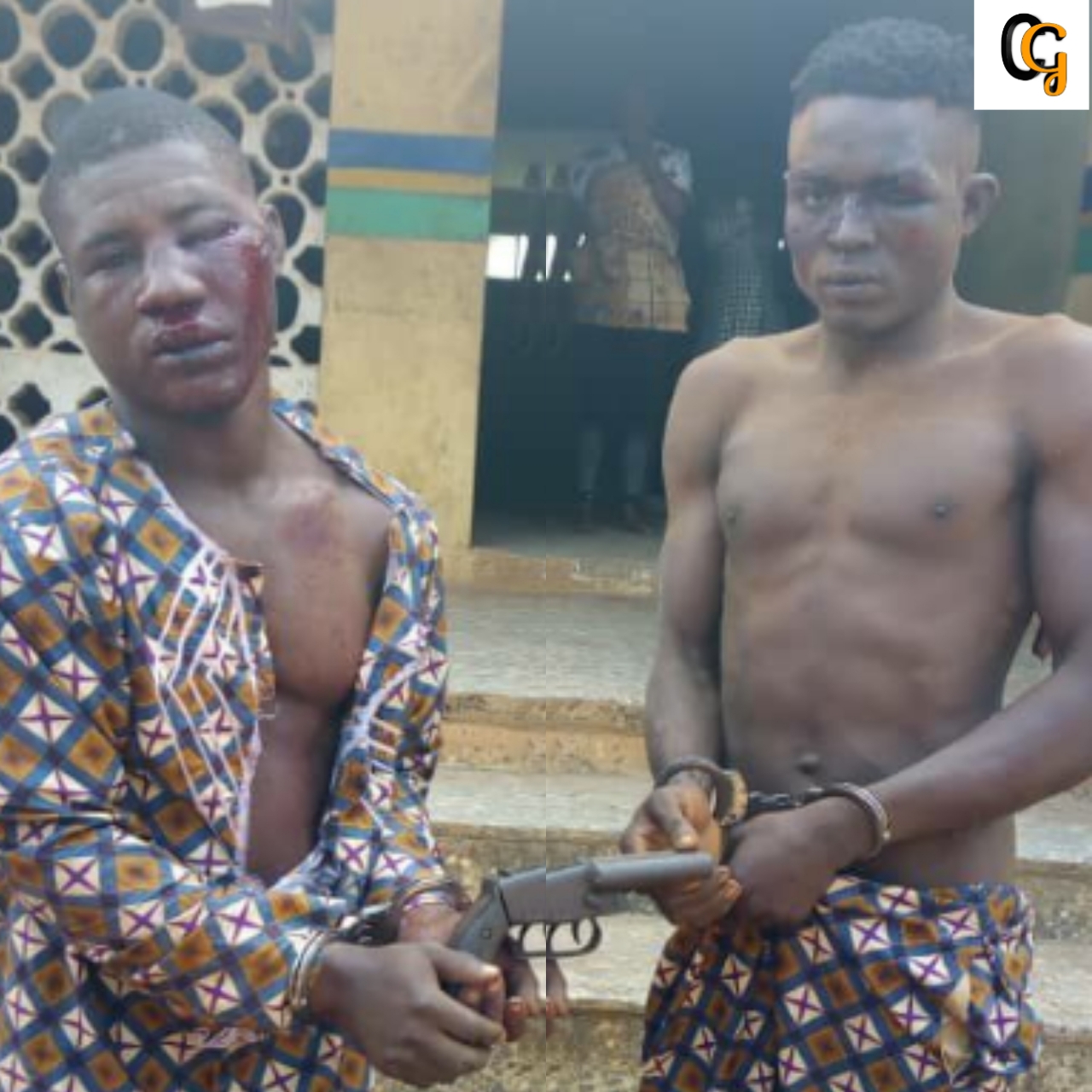 The Ogun state police has arrested two men for stealing motorcycle with a gun.

According to the statement, DSP Abimbola Oyeyemi who is the state police command said, two suspects identified as Joshua Micheal, 27 years old and Emeka Nwanga 26 years old  were arrested on Monday been july 20 with a combined efforts of policemen attached to llese-ljiebu Division.

He also stated, that the suspects were behind in most cases of motorcycle snatching in the area, they were arrested when they attempted to snatch another motorcycle in Ikangba Estate and a distress call was put across to the Divisional police officers.

Olusesi Kayode who is a SP Mobilized his Anti-robbery team to the scene, he stated "on sighting the policemen the suspects took to their heels but were hotly chased and apprehended with the help of members of the public".

A motorcycle and a locally made pistol were recovered from them.