WATCH THIS: 6 YEARS OLD BOY FOUGHT OFF A DOG JUST TO SAVE HIS SISTER, AFTER SHE WAS ATTACKED BY A DOG,(PHOTOS). 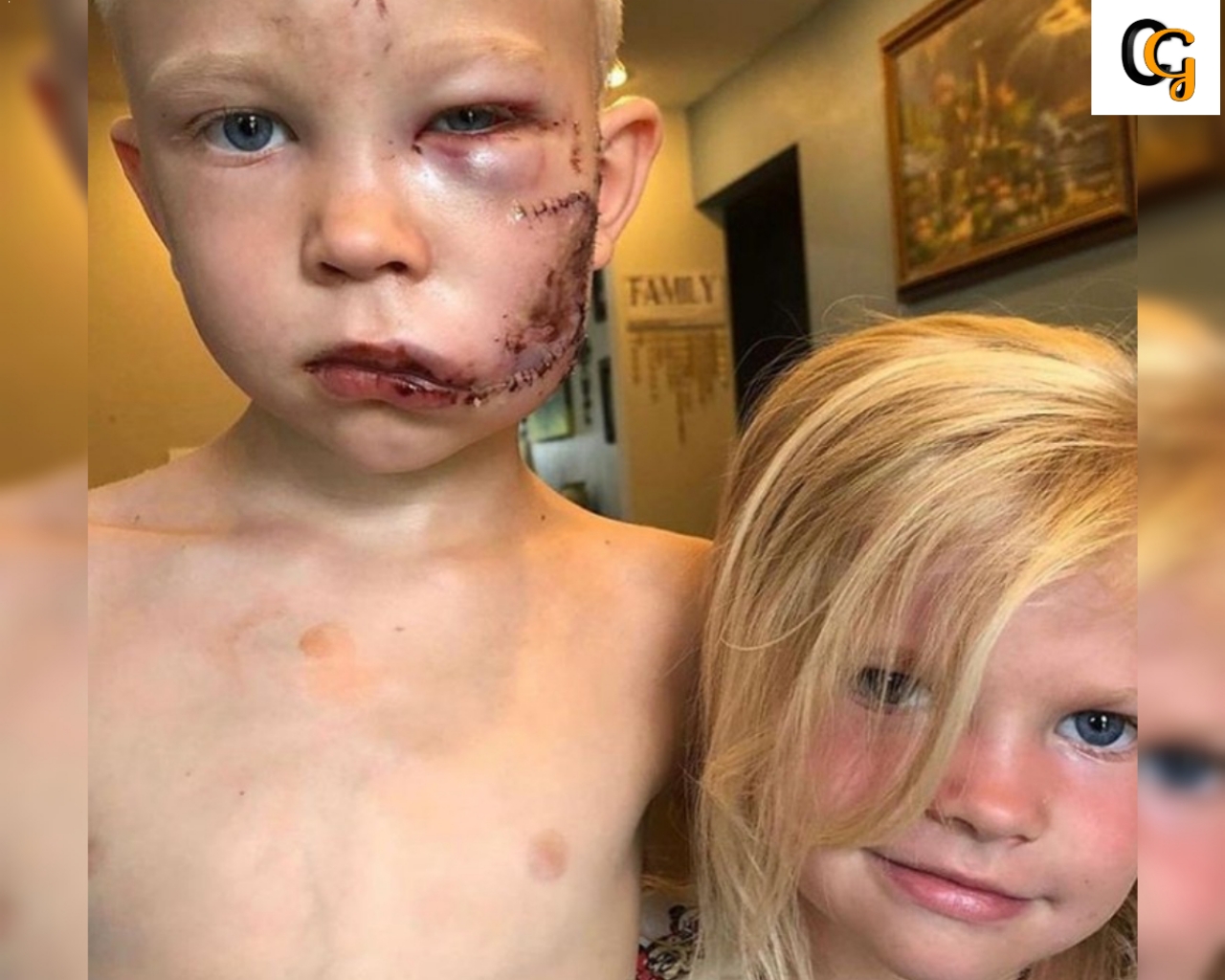 A six years old American boy bravely fought off a dog just to protect his kid sister after she was attacked by a dog, he end up sustaining injuries.

The boy was placed himself between his kid sister and a big dog that attack her, he got bitten on his face many times by the dog. But he make sure that his kid sister wasn't injured.

According to Nicolenoelwalker who posted the news on social media said, " my nephew is a hero who saved his little sister from an attacking dog, he, himself, took on the attack so that the dog wouldn't get his sister.

He later said ,if someone was going to die, i through it should be me, he got home from the hospital last night, i know it's a long shot, but I'm reaching out to the Avengers and other heroes so that they can learn about this latest addition to their ranks. 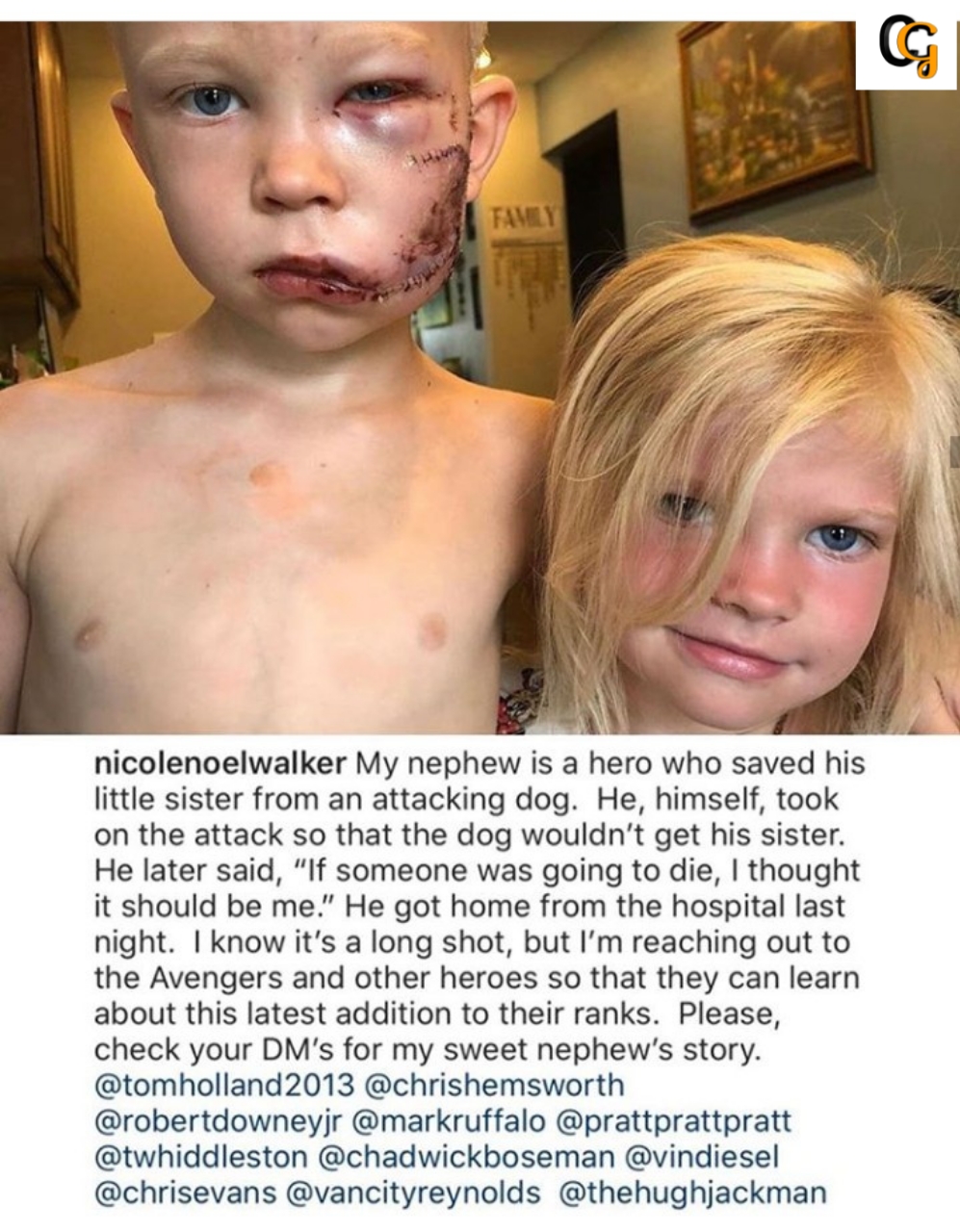