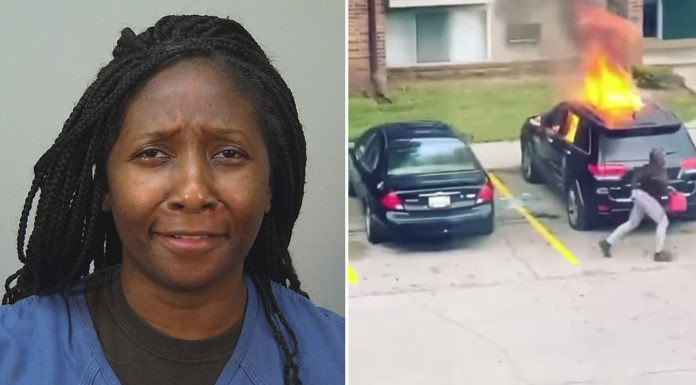 Black American lady who nearly kill herself when setting fire in her boyfriend car after she caught him cheating has been arrested by the police.

According to the video, she dressed in grey pants and black hoodie appears to be pouring gas inside the car and light the car on fire, immediately she did that she was throwing to the ground as it explodes.


She was identified as Kelly S 34 years old, Hayes of Madison Wisconsin, she got arrested by the Madison Police Department.


A witness reported a woman armed a baseball bat who broke the vehicle windows before dousing it with gas and setting it on fire, the car was parked along the 2000 of Greenway Cross around 5pm Tuesday. Now she has been arrested on suspected arson and criminal damage to property charges said by Madison Police Department.