YAHOO BOY ARRESTED FOR HOLDING UP AMERICAN WOMAN IN NIGERIAN FOR OVER ONE YEAR AND ALSO SCAM HER $48,000,(PHOTOS). 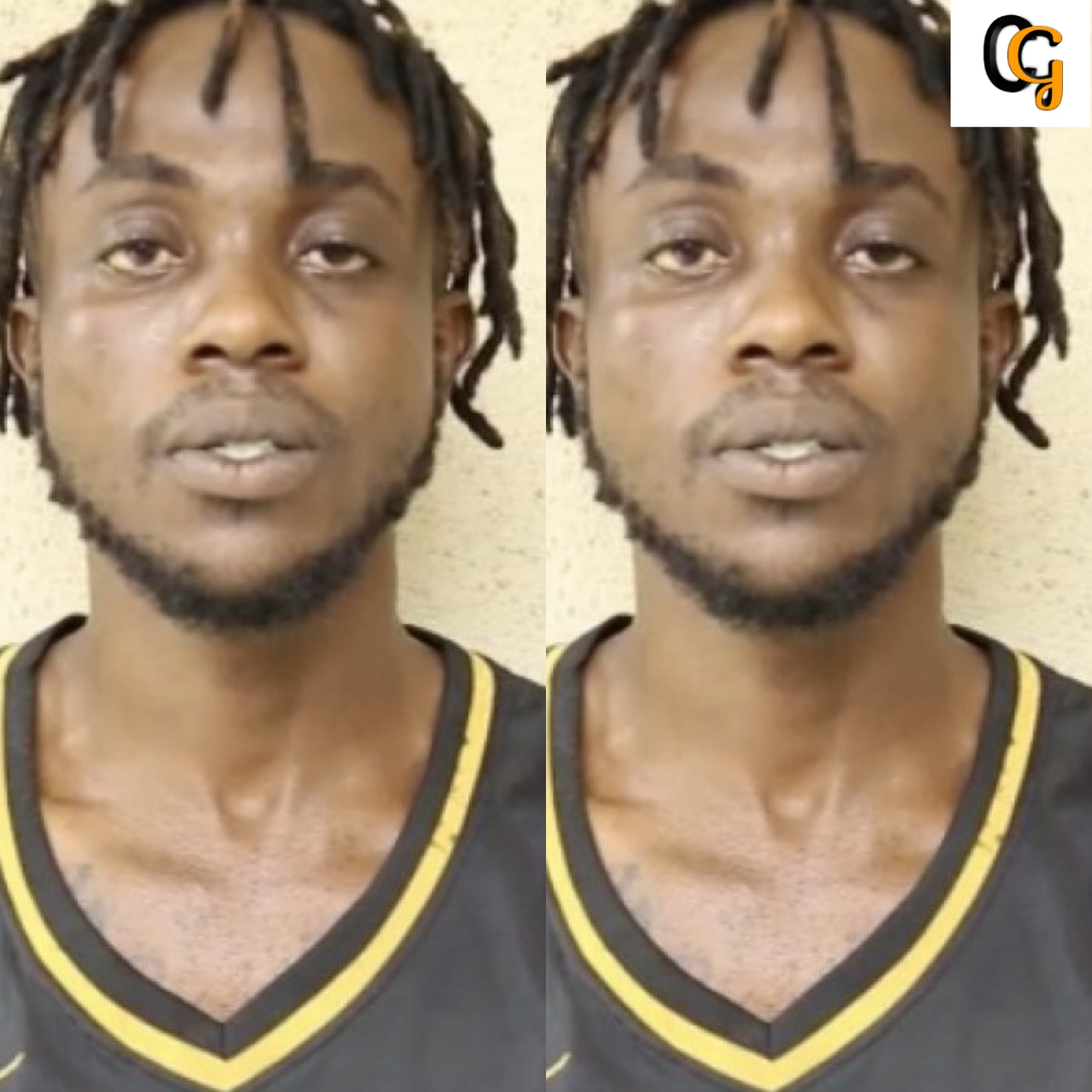 The lagos state police has arrested a yahoo boy known as chukwuebuka Obiaku for holding up an American woman in over 1 years in the name of i will marry you and also Scam her $48,000.

According to the story:The police spokesperson frank Mba said on today been Sunday 11 of July, That Obiaku lured an American woman into the country under the word "love and i will marry you.

Chukwuebuka Obiaku who is from Imo state 34 years old, lured an american woman who is from Washington DC came to Nigerian  on 13th of February 2019.

Who she met on facebook, he subsequently held her captive in a hotel, scam her a total amount of $48,000.he also collected and took control of her credit and debit cards as well as the operation of her bank accounts including the receipt of her monthly retirement benefits and allowances over the period of 15 months.

She was rescued by the police operatives attached to the intelligence Response Team, Ogun state Anex following information received from a patriotic and Civic Minded Nigerian in the Meran area of lagos state.

Chukwuebuka kasi Obiaku is a graduate of Bussiness Administration and Management is an internet fraudster who has  defrauded many unsuspecting members of the public both locally  and internationally.