12 YEARS OLD GIRL GOT RAPED AND MURDERED BY OKADA RIDER IN ONDO STATE. 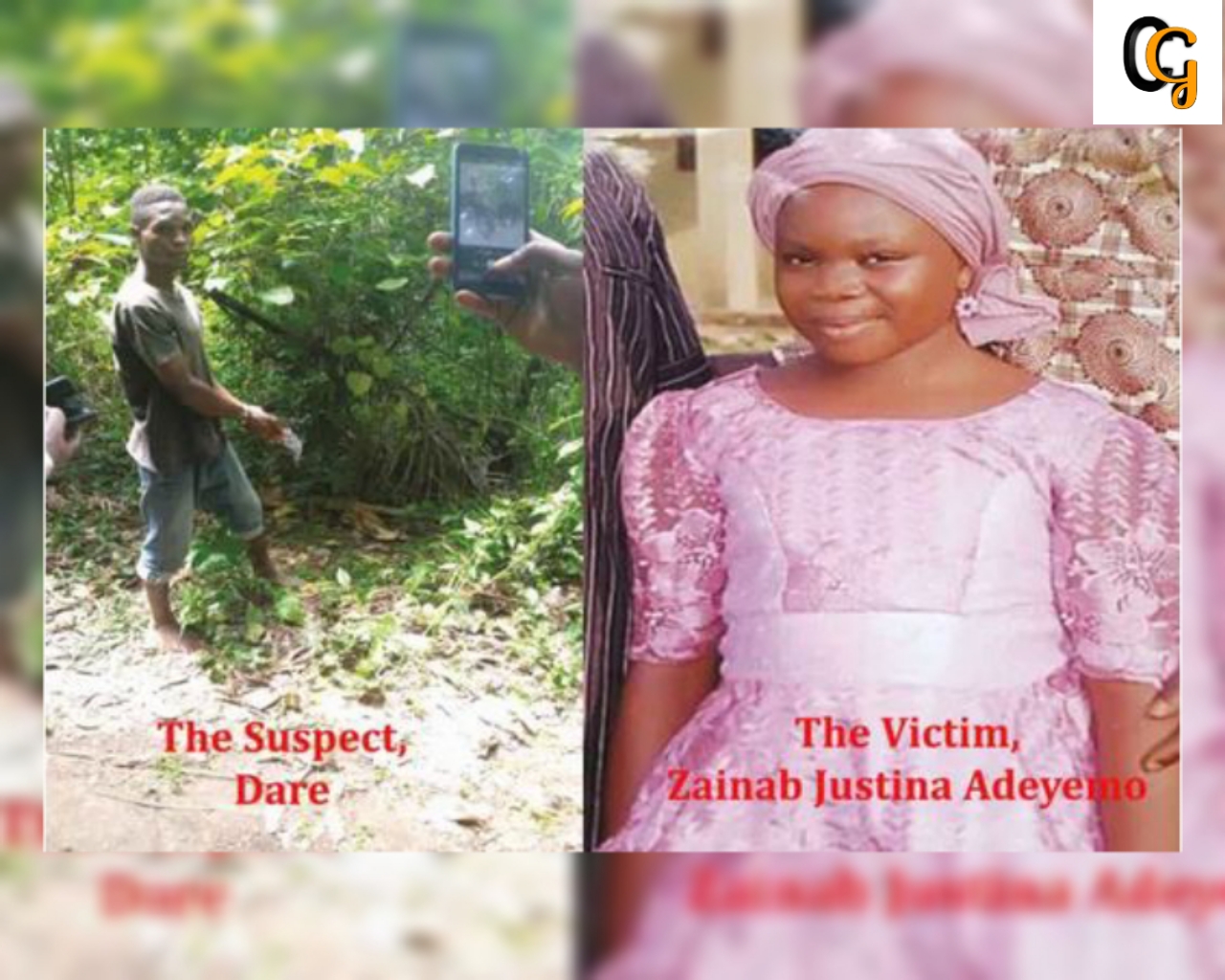 12 years old girl identified as Zainab Justina Adeyemo was raped and murdered by an Okada rider on Friday been 17th of July in Ondo state.

According to the news,  Zainab who is the Senior prefect at Saint Augustine Nursery and primary school in her Village was sent to their neighbouring village to get some by her mother, Mama Zainab.

She left their house around 2pm with  a motorbike so that she can go quick, unfortunately some hours after her mother thought she would have come back but she didn't. Her mother quickly dashed to the village where she sent her only to be told that she had long gone back after delivering  the message.

Then she rushed back home , but still Zainab haven't come back, she went back to Eshe where she sent her and was told that her daughter joined a popular commercial motorcyclist called Dare while returning home.

Then she was directed to Dare's house and Dare Denied seeing her, this infuriated other Commercial Motorcyclists and they attempted lynching Dare and later dragged him to the nearest police station where he admitted that he truly carried the girl with his motorbike and that he dropped her at Iru motor park.

He was compelled to show them where he dropped her which he did, on getting to the police station now visibly frightened Dare pleaded that he should be treated gently assuring that the missing girl would eventually be seen.

He later  claimed that while he was on his way from Eshe to Irun with Zainab they had an accident and the girl was seriously wounded, initially we told the police to carry out immediate investigation into his claims but they were insisting that we must wait for the stipulated 24 hours before taking any action.

This infuriated villagers and they went out in search of her without the police, after five hours through search her corpse were discoverd along a footpath in the bush.

Then the police was informed and they later picked it, over the delay of the police forced. The villagers and the commercial motorcyclists in the Area protect demanding that "Dare" must be brought out to say what happened to the little girl.

Then the protest made the police to accost Dare who started narrating how he raped and later killed her.

"He told gory tales of how he was raping her inside the bush while they were on their way only to discover that she was dead.

He claimed that she died as the result of the struggle that ensued between them during the process and he dumped her body in the bush, the police sources said after his confession the protesting crowd nearly set the police station ablaze by insisting that Dare  must be handed over to them  to be killed.

Then the police succeeded in curtailing their moves and later transferred the suspect to the state criminal Investigations Department in Akure where more investigations will be carried out.