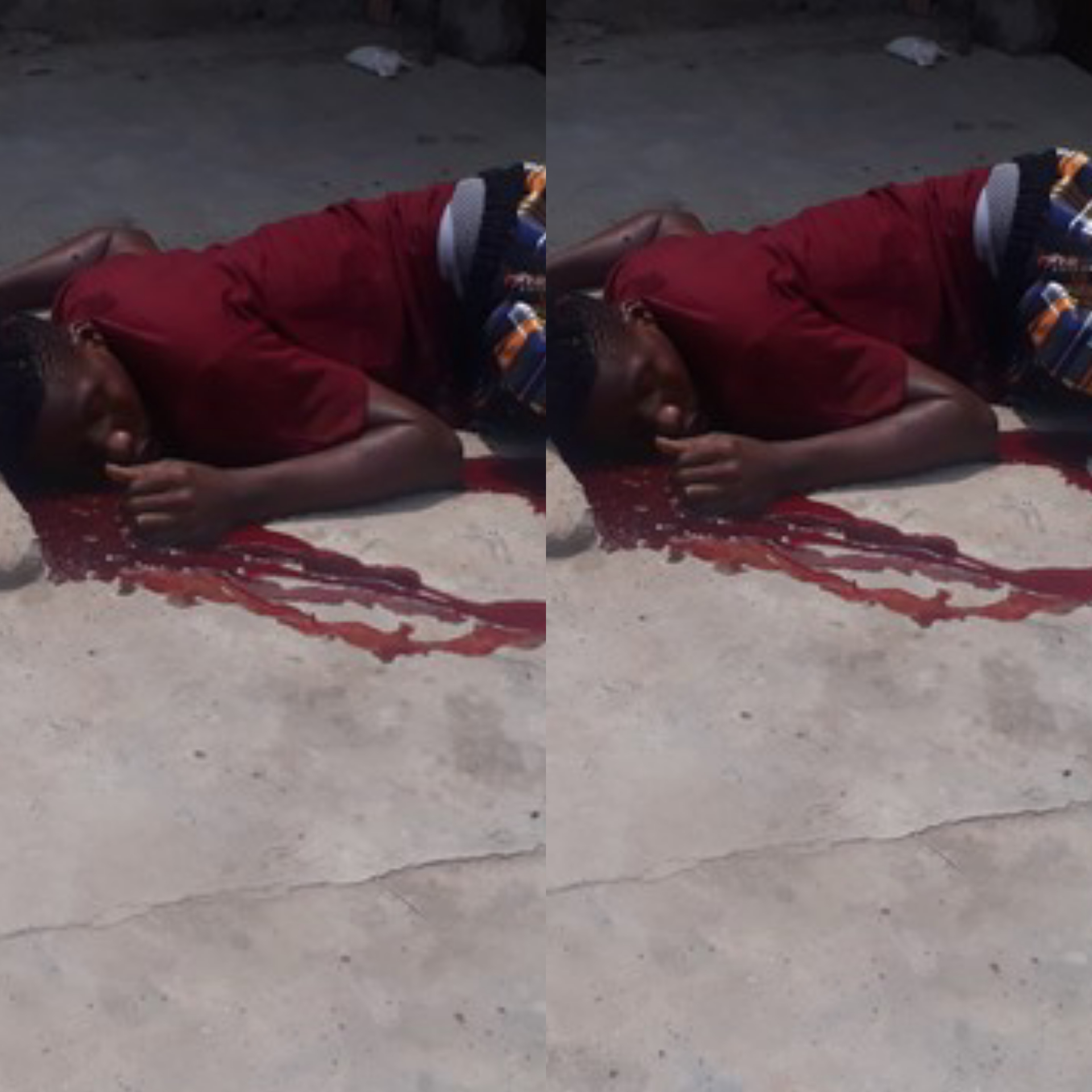 Young man has been murdered by some bad cultists in street of Ojota area of Lagos state.
According to the news the incident happen on Sunday afternoon alongside Victoria street Ojota, he skull were shattered and his brain spilled all over the place. 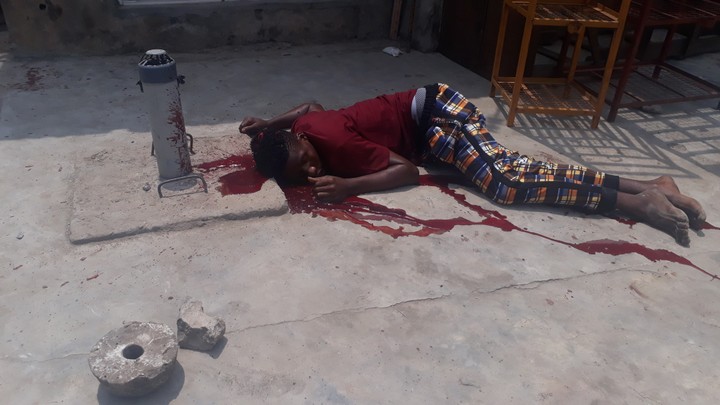 He was shot in his stomach and his skull was destroyed , the policemen from Area H Ogudu came to evacuate his corpse.