67 MEMBERS OF (IPOB) AND THEIR HERBALIST WERE ARRESTED BY POLICE IN IMO STATE. 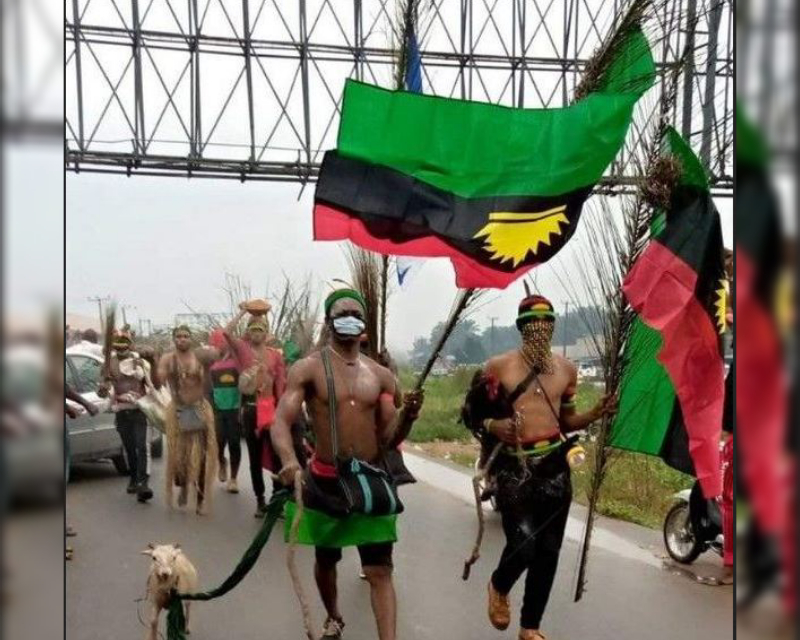 IMO state police command has arrested 67 members of Indigenous People Of Biafra (IPOB) and their herbalist.

According to Imo state police spokesperson known as Orlando ikeokwu said  that the members of the proscribed separatist group were arrested for unlawful gathering among other offices.

They converged somewhere in Owerri North area of the state on 9th August before moving to Egbema where they were arrested.

They got arrested at a checkpoint by soldiers who inform police for reinforncement, the arrested of members of one Cyprian Amadi in Abashieke in Egbema Ohaji local government Area and with their herbalist to fortify themselves against bullets.

They were also accused of planning an attack on security agencies with the aim of snatching weapons further alleged that the suspected herbalist had removed bullets from one of the IPOB member who sustained gunshot injuries in the past.