A MAN CAPTURED SLEEPING NEAR BRIDGE AFTER BEEN DRUNK IN LAGOS STATE. 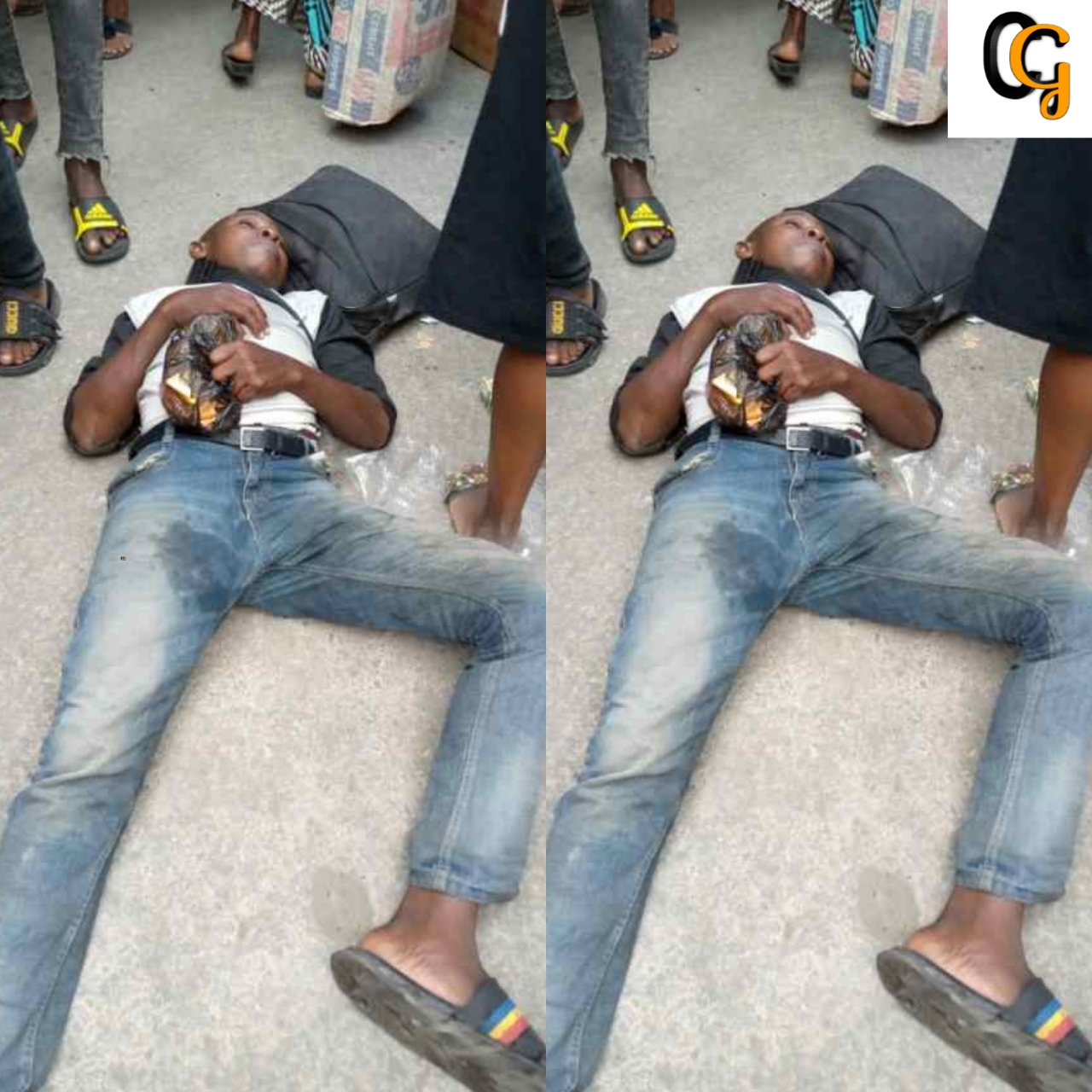 Unknown man has captured in a photo as crowd gathered in the Idumota area of Lagos Island after he was found on the ground dozing near the base of the pedestrian bridge on Wednesday August 26.
According to the eyewitnesses, the incident happened around 10:30am as the man class in shirt and a pair of trousers with a bag hung around his neck.
He was captured on the ground dozing thereby blocking some traders from moving their wares, at first they assumed he was ill and tried to help him only to found out he was drunk.
Seeing that he wasn't ill, one of the traders angrily attempted to pull him out of the space where they were meant to display their goods. But the man who was still deeply asleep lay gently on the floor .