APC AND ADC SUPPORTERS ENGAGED IN A VIOLENT CLASH IN ONDO STATE,(PHOTOS). 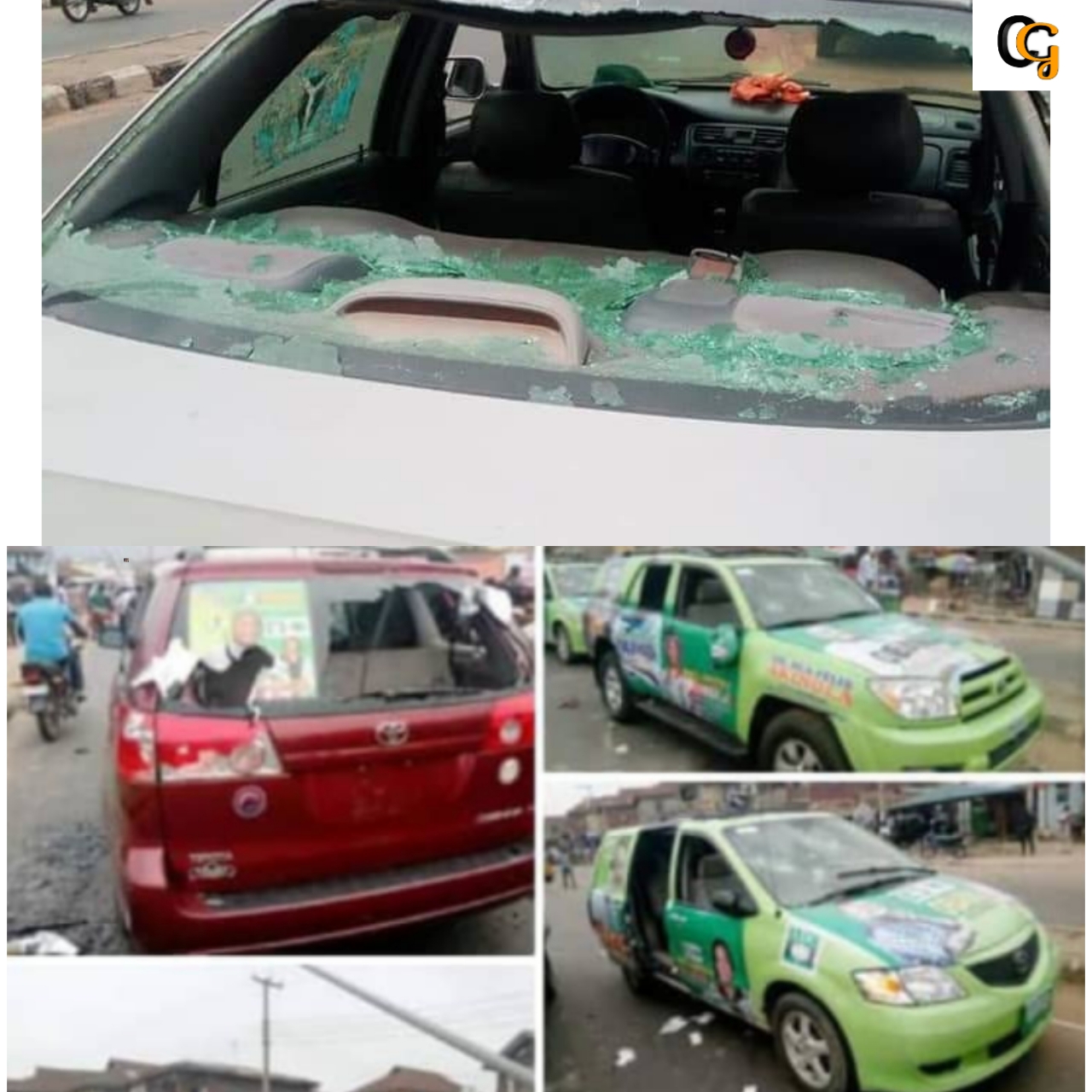 The Supporters of All Progressive Congress (APC)engaged in a badly violent clash with the Supporters of African Democratic Congress (ADC) in the Yaba Area In Ondo town, Ondo state yesterday evening been 20th August 2020 .
Many party members were injured while several cars were destroyed in the fight, this happen few hours the local government election in the state.
The cause of the fight is yet to be ascertained, the police say normalcy has been restored the area and efforts are being made to arrest those behind the fight.
WATCH PHOTOS: 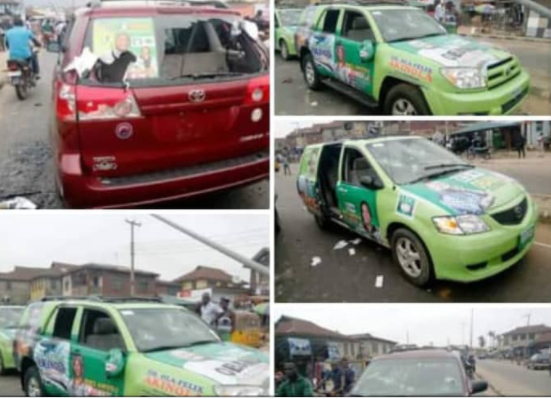 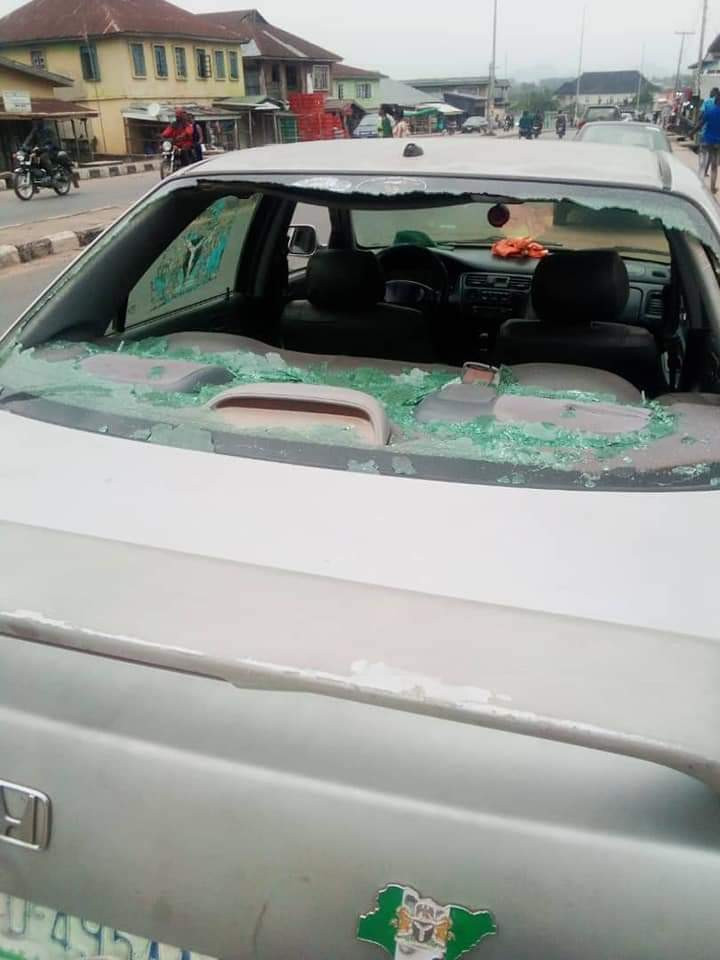 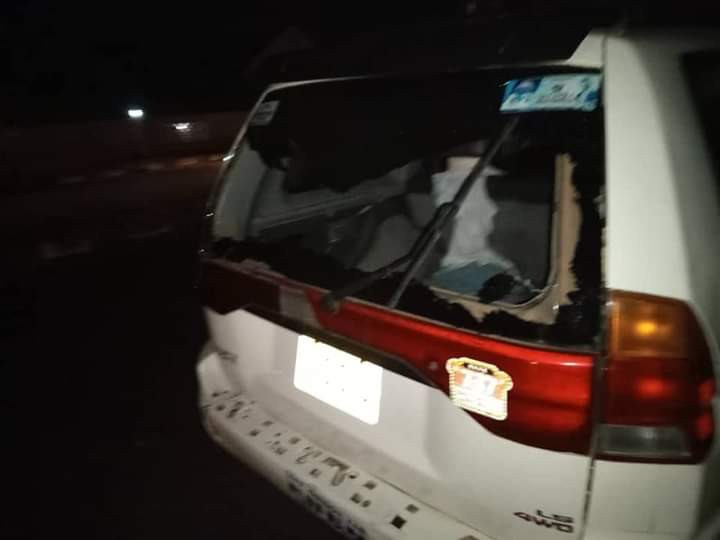 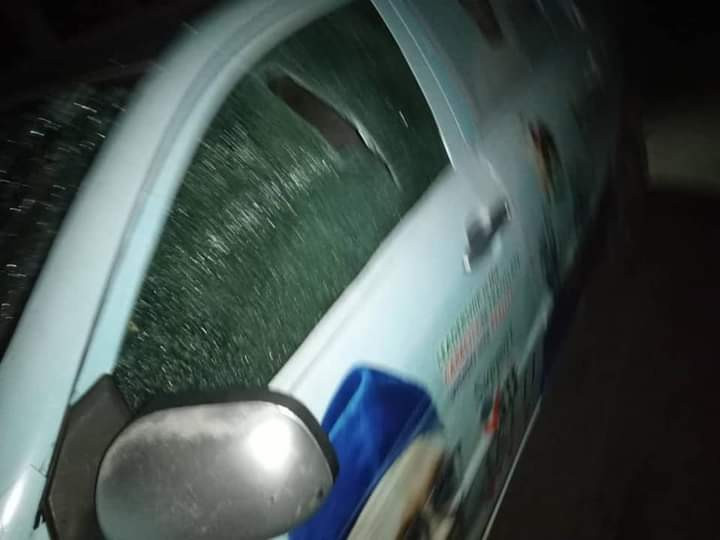