CURRENT WIFE OF LATE OLADAPO WILLIAMS CHASE THE FIIRST SON AND FIRST DAUGHTER OUT FROM PERFORMING BURIAL RITES TO THEIR FATHER IN LONDON,(VIDEO). 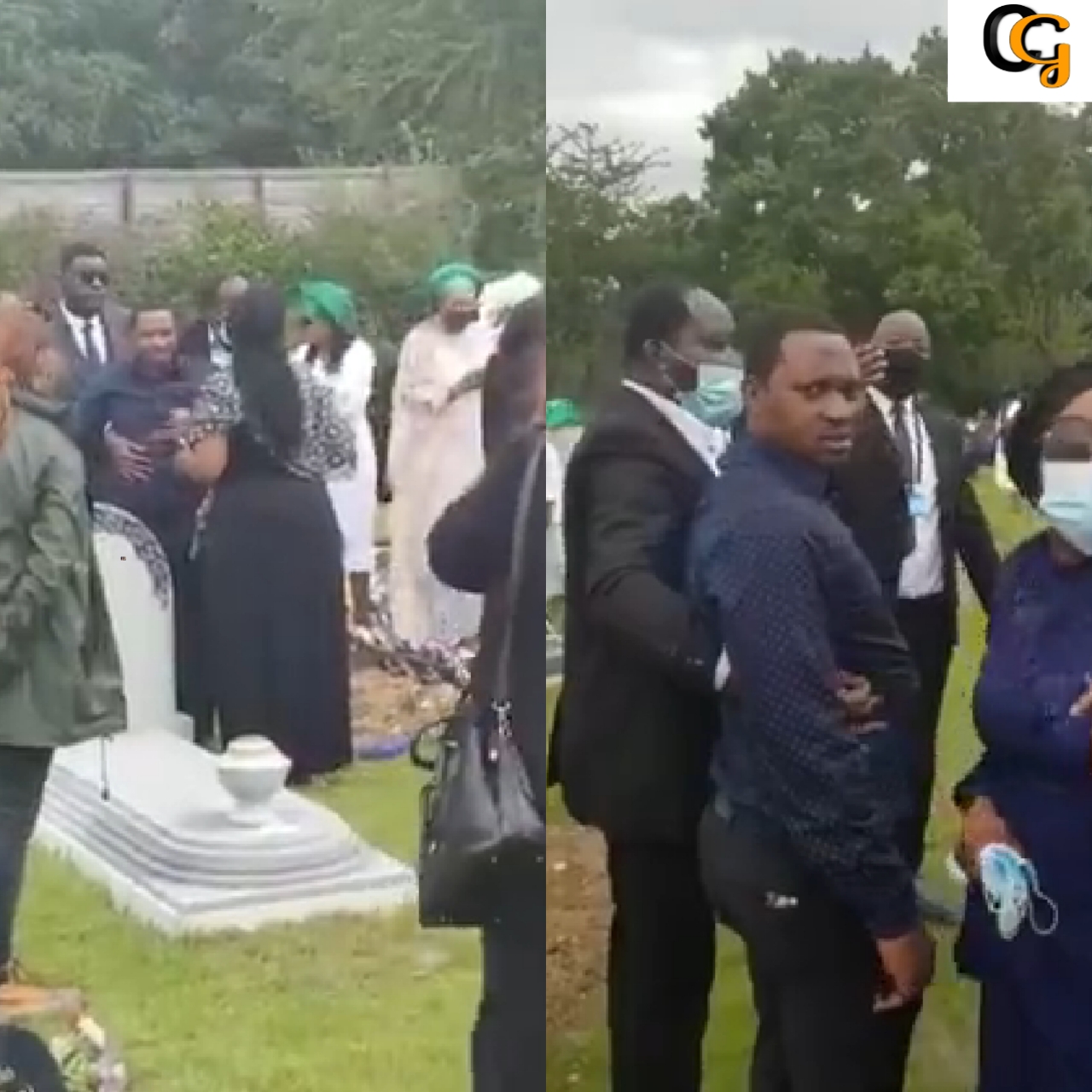 The current wife of late Dapo Williams known as Tina  chase the first son and first daughter of the deceased from performing burial  rites for their late father yesterday in London
According to the news, in London on Wednesday 26th August, 2020, when the widow of the Leader of the Nigerian Community in the United Kingdom, Otunba (Dr.) Oladapo Oshun-Williams, Tina chased his first son and daughter away from their father’s burial.
The embarrassing event prevented the children of the London big boy from performing burial rites for their late father.
It was revealed that Tina expressly ordered that the children from Dapo’s previous marriage be barred from the program.
“Tina asked the security men to remove Dapo’s two other children from the burial ground and there was a huge scene. Eventually, those kids let her finish and then went back to pay their last respect to their father.
“Another issue is that the man died a Muslim, there was no record of him ever going to church or becoming a Christian but he ended being buried as a Christian because Tina, who had only one daughter for him later in life, felt he should be buried as a Christian,” said a source.
The body of Otunba Dapo Williams was laid to rest in Sidcup, South East London on Wednesday.
The late Otunba Tayese of Akoko Ondo, Nigeria was buried at a small and intimate ceremony attended by just close family members and friends including Otunba Wale Kalejaiye, founder of the Nigerian Think Tank Group of which Dr Williams was a former Chairman and till his death, a Board of Trustees Member.
The death of the highly popular chieftain and erudite socialite caused great ripples of grief among his many friends and fans, as well as several beneficiaries of his generosity and mentorship.
WATCH VIDEO: