FATHER OF 10 YEARS OLD BOY WHO WAS CHAINED WITH ANIMALS FOR TWO YEARS HAS BEEN CHARGED TO COURT. 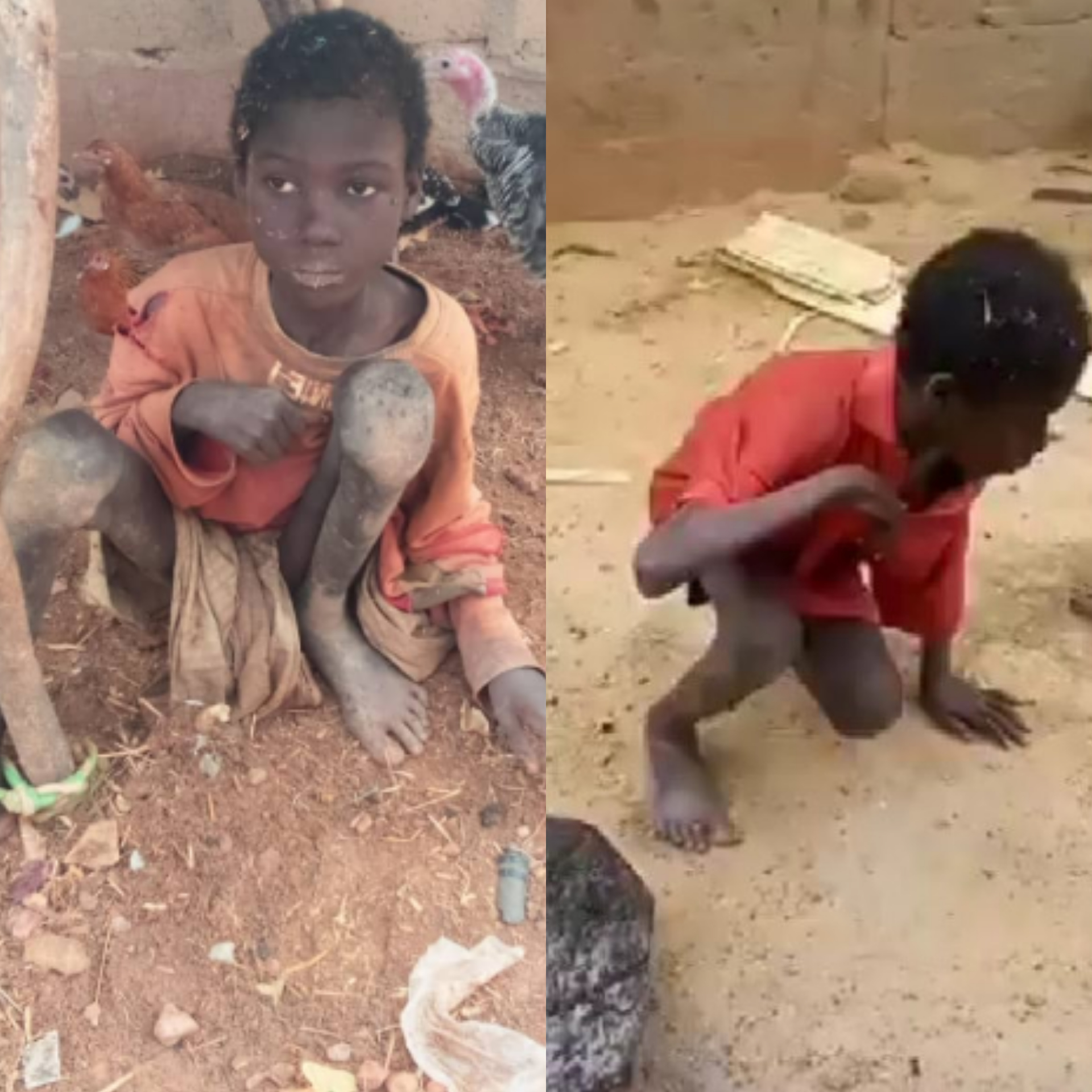 Father of the 10 years old boy (Jubril Aliyu)  who was chained alongside with animals for two years in kebbi state has been charged to court for horrific maltreatment.
Few days ago Crackedgist shared news of how 10 years old boy was rescued from horrific maltreatment from his stepmother and his father.
According to kabbi state police command spokesperson known as DSP Nafiu Abubakar he said  the investigations showed that Jubril has been down syndrome and that his father Aliyu Umar decided to chain him Because he had taken him to Different native doctors but none of them could treat him .
Now Umaru was found guilty of being cruel to his son and has been charged to court.
READ HIS STATEMENT: