HON. FEMI AYODELE HAS BEEN SUSPENDED OVER UNAUTHORIZED PRESIDENTIAL CAMPAIGN FOR GOVERNOR FAYEMI. 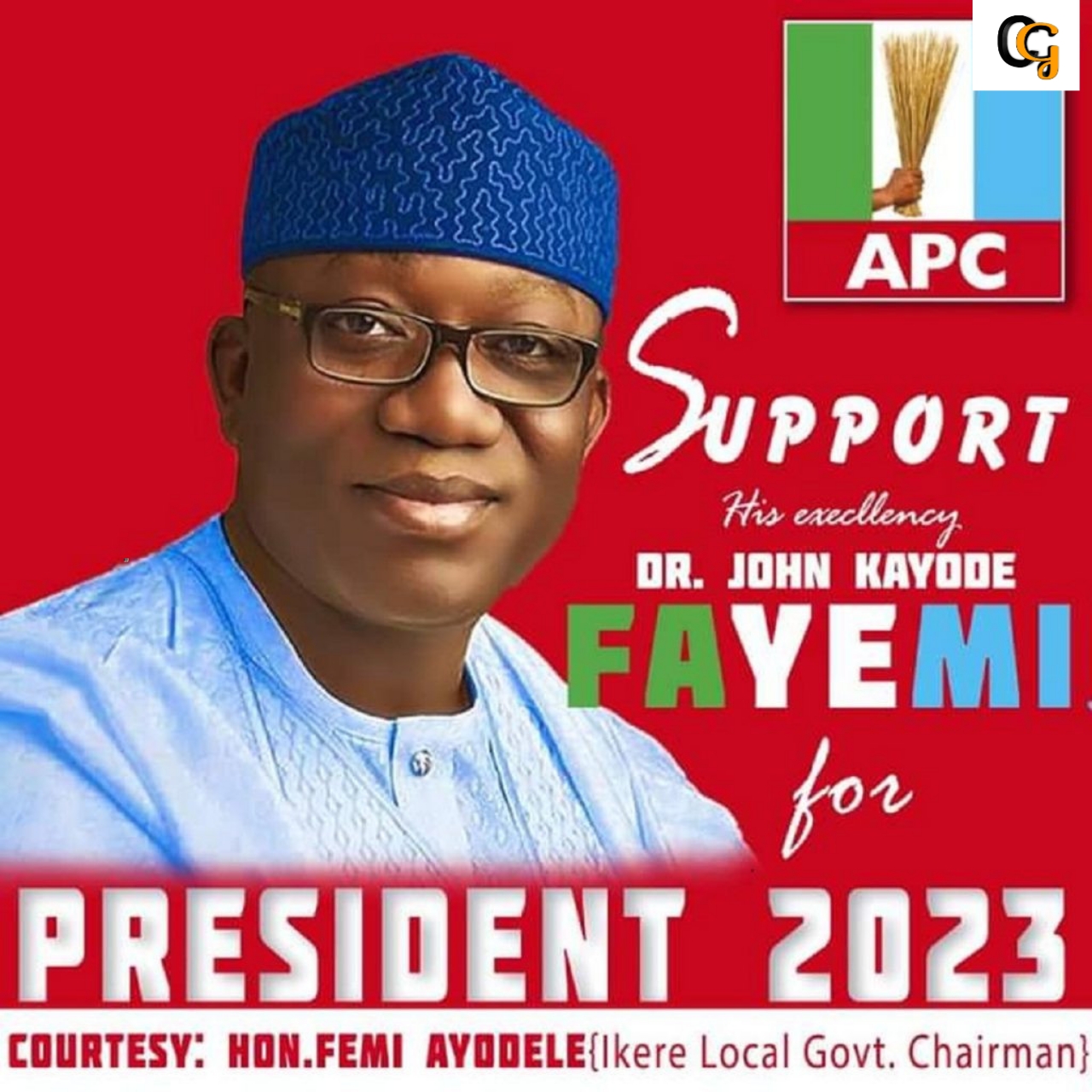 Hon. Femi Ayodele who is the chairman of ikere local Government has been suspended by the Ekiti state house of Assembly for an unauthorized presidential campaign for Governor fayemi over APC party.
According to the news, Ayodele had sponsored posters campaigning for Governor Fayemi to contest as a presidential candidate for 2023 under the political party of All Progressive Congress (APC).
investigation has been lunched over the alleged unsolicited and unauthorised campaign in the media in flagrant disregard to Extant Regulations by chairman Ikere local Government Area Mr femi Ayodele which was moved by the majority leader of the Assembly, chief Gboyega Aribisogan and Seconded by Mr Tajudeen Akingbolu, Ekiti West Constituency 1 APC the Ekiti lawmakers Unanimously agreed to suspend the council Chairman pending the completion of the assembly investigation on the matter.
The lawmakers insisted that Ayodele's action was ill-concieved and is flagrantly antithetical to the extant provisions of the Electoral act 2010 as amended.