HUSBAND AND PREGNANT WIFE WHO WAS SHOT DEAD INSIDE CHURCH IN BAYELSA, ARE PUT TO REST,(PHOTOS). 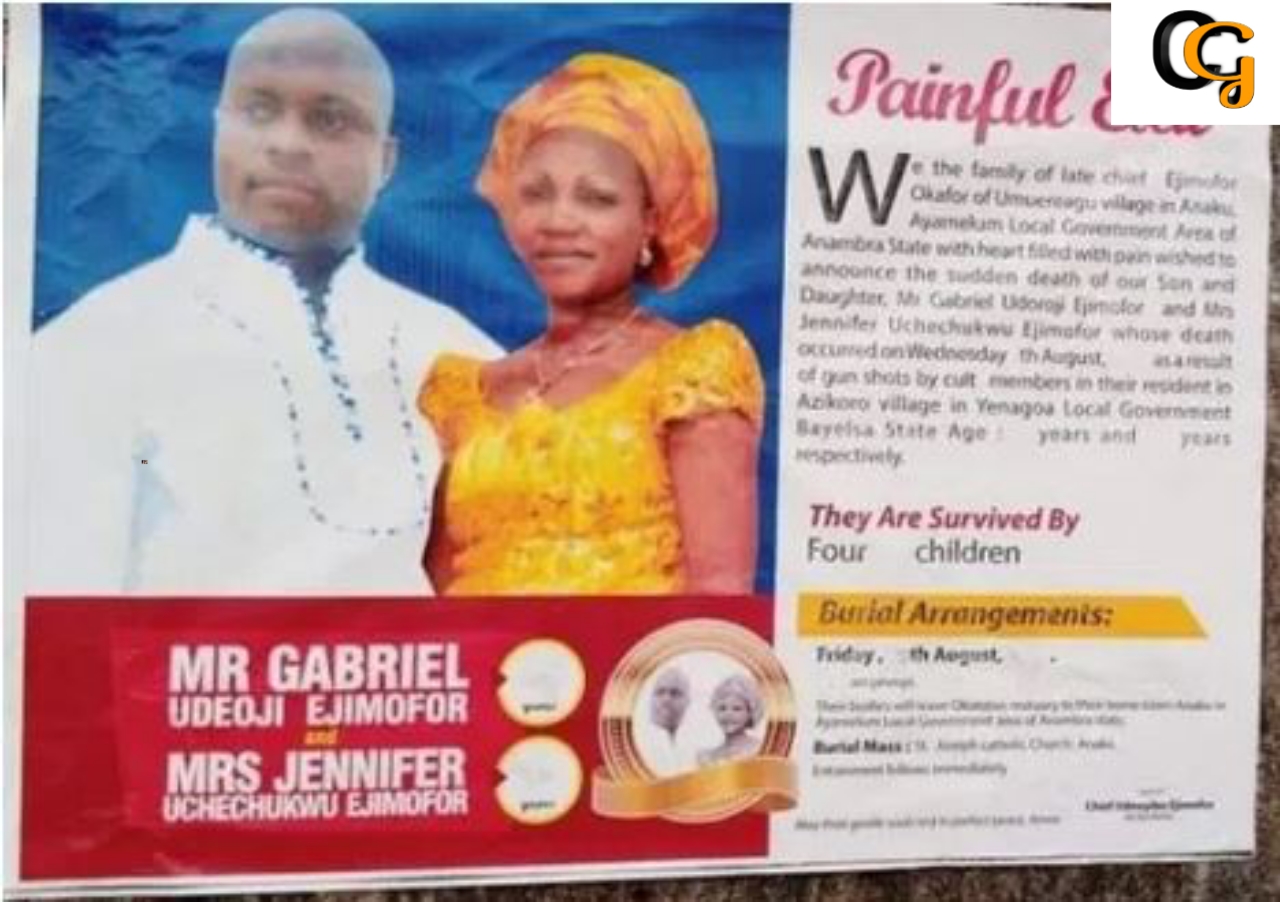 Sad news as husband and his pregnant wife who was shot to dead inside a church in Bayelsa state  state has put to rest in their resident in Umuereagu village in Anaku Community of Anambra state.
According to the news, Mr Gabriel Udoroji Ejiofor and his pregnant wife, Mrs Jennifer Uchechukwu Ejimofor was shot dead by suspected gang of cultists during service inside lion of Judah church Deliverance Ministry Asikoro, Yenagoa Bayelsa state.
The couple who are from Anambra state were allegedly caught in a reprisal attack launched by a cult gang against men of the Bayelsa police command on August 5 over destruction of their camp.
The suspected cult gang were said to have also accused residents of the village of informing the police about the location of the camp in the village, and also accused the residents of the village of attacking and lynching of four of their gang.
The couple left four little children behind who are below the age of 10,  two girls and two boys. 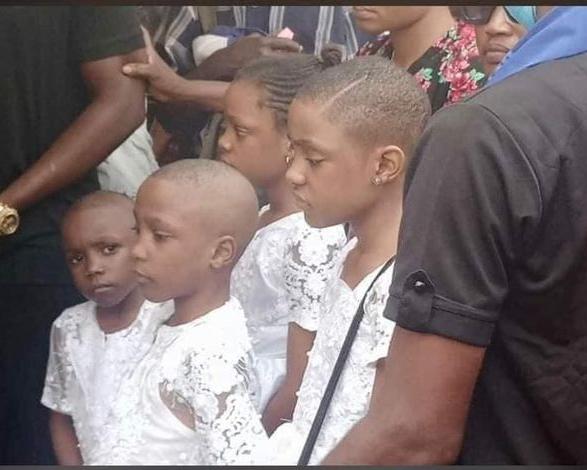