MAN ARRESTED FOR KILLING A FULANI HERDSMAN WHOSE COW GRAZED ON HIS FARM IN OYO STATE. 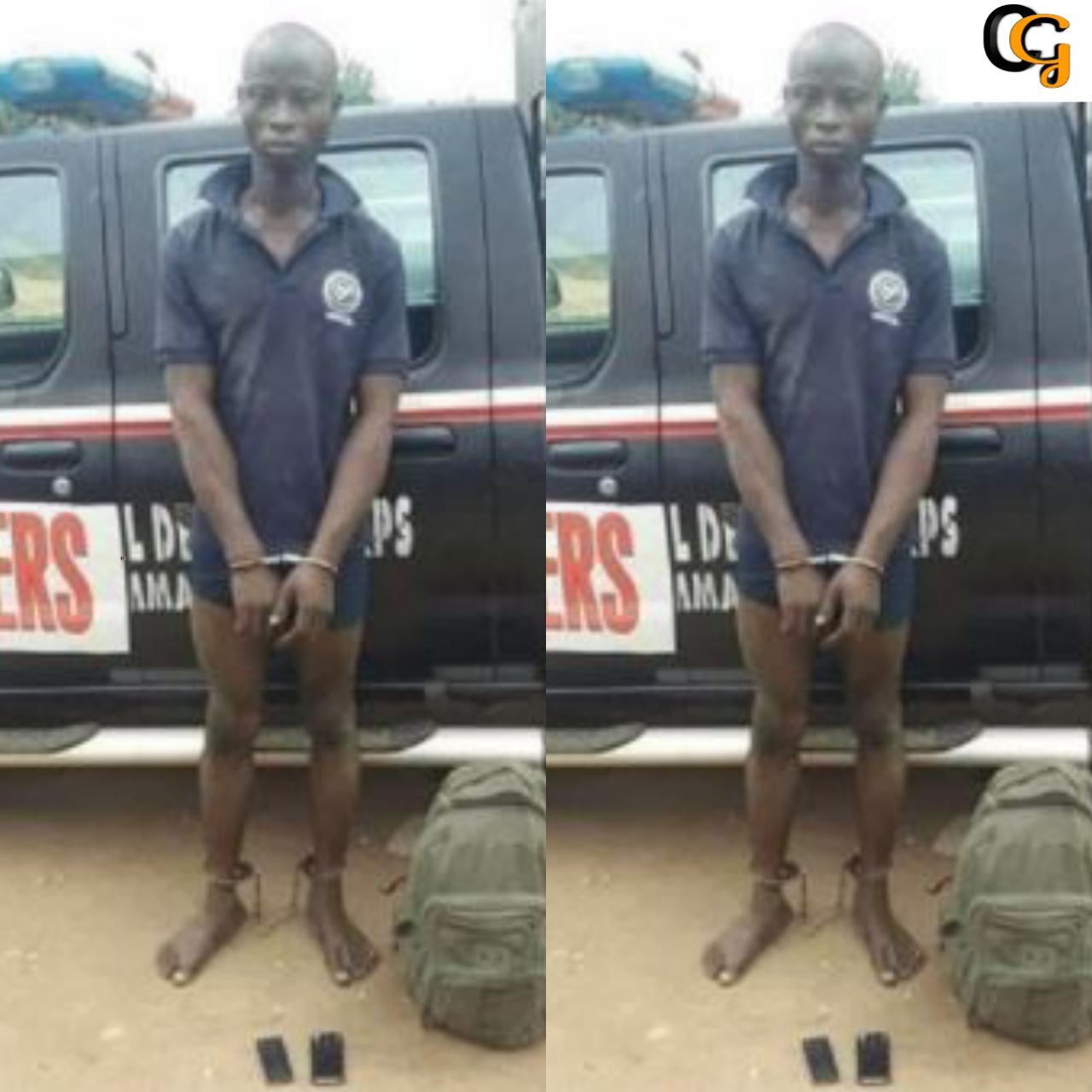 Oyo state police command has arrested 27 years old farmer identified as Abraham Alamu for killing a Fulani herdsman whose cow grazed on his farm.
According to the news, Alamu who shot Adamu (herdsman) in Elega Village in Oriire Local government area of the state on August 21 after he caught his cow grazing in his farmland.
Oluwole Olusegun, who is the spokesperson of the public Relations officer of Oyo state command of the Nigerian Security and civil Defence Corps (NSCDC) said that Alamu had been handed over to the Oyo state police Command for investigation over the suspect.
The suspect was said to have evaded arrested on August 21 and escaped to an unknown destination before Agro Rangers Squad of the NSCDC stationed at Ogbomoso tracked him down on Friday August 28 and apprehended him.
Some of items were recovered from the suspect are scissors, hammer, saw, nail, remover, mosquito net, three ATM cards, Two apprentice identification cards, cloth, bible, toothbrush and purse.