MAN COMMIT SUICIDE AFTER KILLING HIS WIFE FOR CHEATING IN ZIMBABWE. 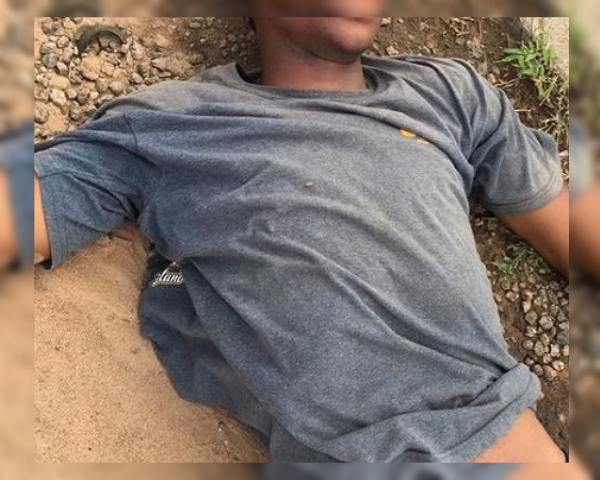 Man identified as Pride Hove  commit suicide after he takes his wife life for allegation for sleeping with another man.
According to the news, the incident happen in Zimbabwe, Pride who hung himself after fatally axing his estranged wife with a dispute over suspected infidelity. His wife l, Patience Matura who received a love text message om her Phone, which mlakes her estranged husband leading to a misunderstanding that turned to Violent.
Some of their neighbors came over and spent almost two hours counseling the case, but her husband still went on to axe his wife once on her neck before hanging himself with a rope from a roof truss at his lodgings.
According to the  midlands police spokesperon known as inspector Joel Goko who confirmed the deaths of the couple said,"it was suspected that on Monday at 2am in Hove's landlord known as Mr Phiri as his uncle was in Masvingo when he called his neighbour, Mr Mavhunduka who said he checked the couple when he noticed that they were having a domestic dispute.
Mr said he went to the house to try to solve the dispute, the dispute was started when pride Hove allegedly saw some text messages in Patience Mature's phone and suspected ,that she was having affair with someone, then Mr Mavhunduka returned to his place of residence after two hours of trying to counsel the couple to no avail.
Mr Phiri decide to travel to Gweru to handle the dispute, Upon arrival he said  Hove's body hanging from the roof truss through the window of the dining room and immediately proceeded to Gweru Central police to make a report.
He didn't enter the house since all doors were locked, police officers attended the Scene, The lifeless body of Hove was found Hanging from the ceiling.
When the police officers proceeded to one of the bedrooms they also found Matura lifeless body laying on the floor in a pool of blood with an axe on her neck.