MAN KNEEL IN FRONT OF FRSC VAN PLEADING FOR HIS LICENSE TO BE RELEASED,(VIDEO). 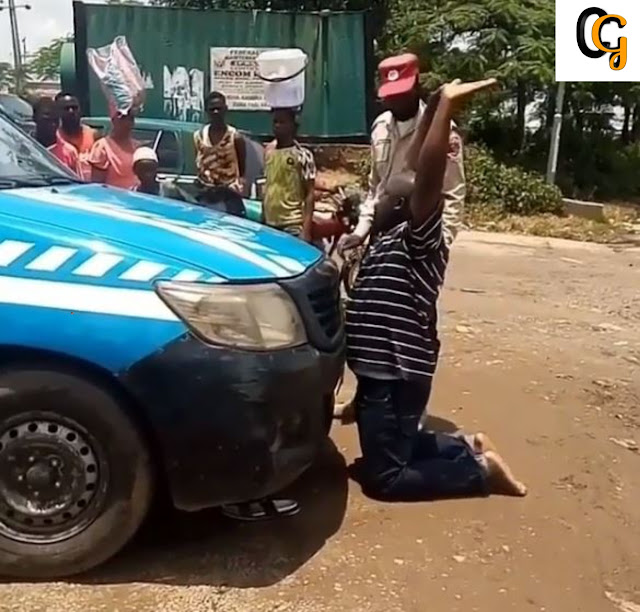 An unknown man was  film begging for his driver's license to be returned back to him as it was sized by the Federal Road Safety Corp(FRSC).
According to the video, the man knelt in front of an FRSC Van asked the Road Safety Operatives to knock him down or return his drivers license.
He also repeatedly that he is a family man while asking the officials what he has done,the video was shared on Instagram by Fred Acheje.
WATCH VIDEO: