MAN WEEP AND ROLL INSIDE A MUD AFTER HIS GIRLFRIEND REJECTED HIS MARRIAGE PROPOSAL IN IMO STATE,(VIDEO). 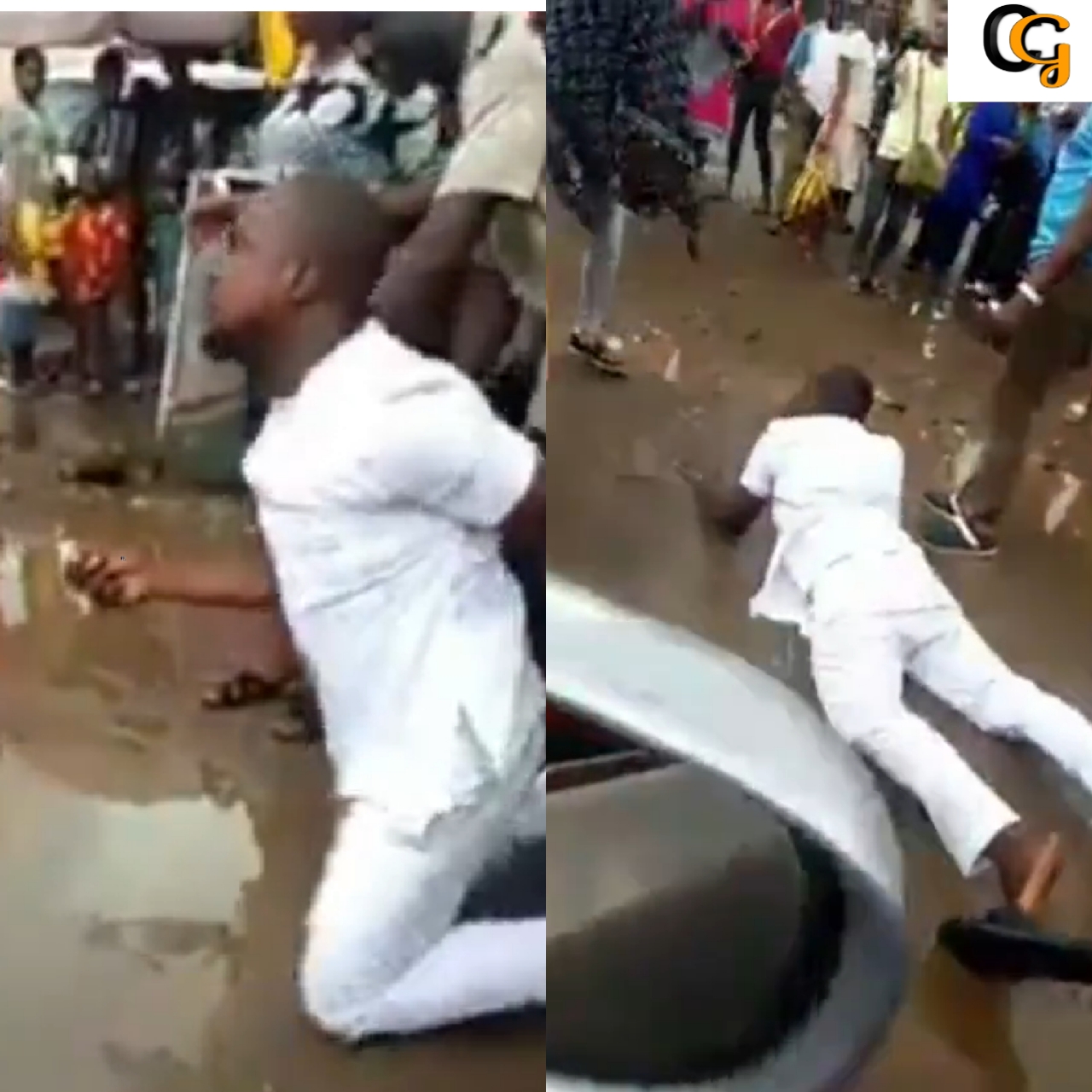 Man captured on a video weeping and rolling in the Mud after his girlfriend rejected his marriage proposal in IMO state.
According to the video, his girlfriend could be seen shouting at him after she turn him down, it was a heartbroken to the man as he prostrated on the floor and continuously pleaded with her to accept his proposal.
The incident happened inside market in owerri IMO state.
VIDEO.