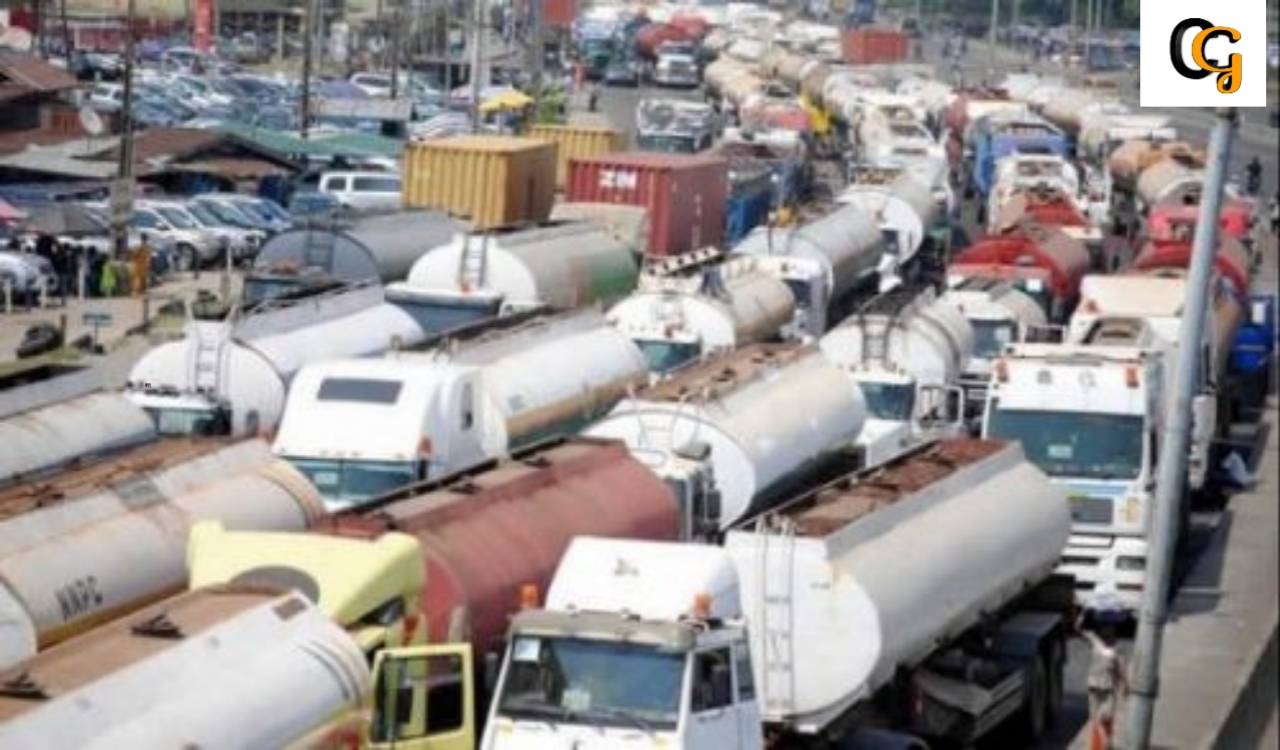 The tankers drivers of the national Union of Petroleum and Natural gas (NUPENG) has hang it strike in Lagos state.
According to the news, this was contained in a joint Communique issued by the Lagos state Government and NUPENG yesterday been 10th of August.
The statement released by the union last week stated plans to go on the strike beginning from yesterday, the Union listen its challenges to include extrortion by security agents, traffic grdle hindering the drivers movements as well harassment by hoodlums across the state.
The association in a communique that was jointly signed by the lagos Commissioner of Energy and Mineral Resources, Olalere Odusote and NUPENG Deputy National president, solomon Kilanko announced the suspension of the strike both parties had a meeting.

"The Lagos state Government met today with the representatives of NUPENG, which agreed to call off its strike immediately. Other decisions taken at the meeting are security, the state government will meet the heads of all security agencies and secure their commitment to ensure the passage of petroleum products vehicles given their importance to the economy. Area boys the menace of area boys will be handled by relevant government agencies and a dedicated phone number will be established within next week to ensure petroleum products transporters have prompt access to security agencies, lagos state Government will immediately set up a standing  Committee to relate with the Union on an ongoing basis to address any issue as they arise". 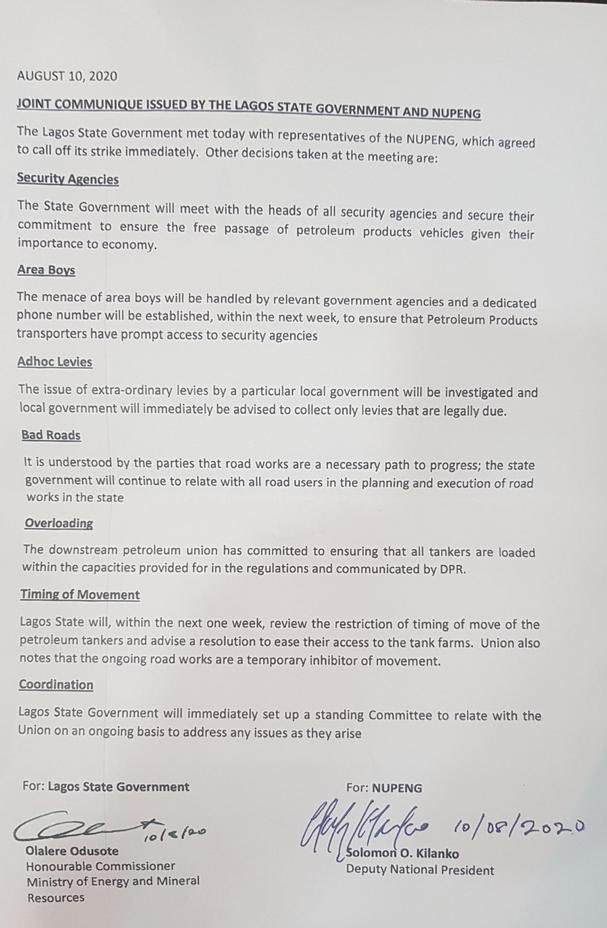