NIGERIAN MAN WAS ARRESTED AFTER SNEAKING INTO A HOME AND RAPED 73 YEARS OLD WHITE WOMAN. 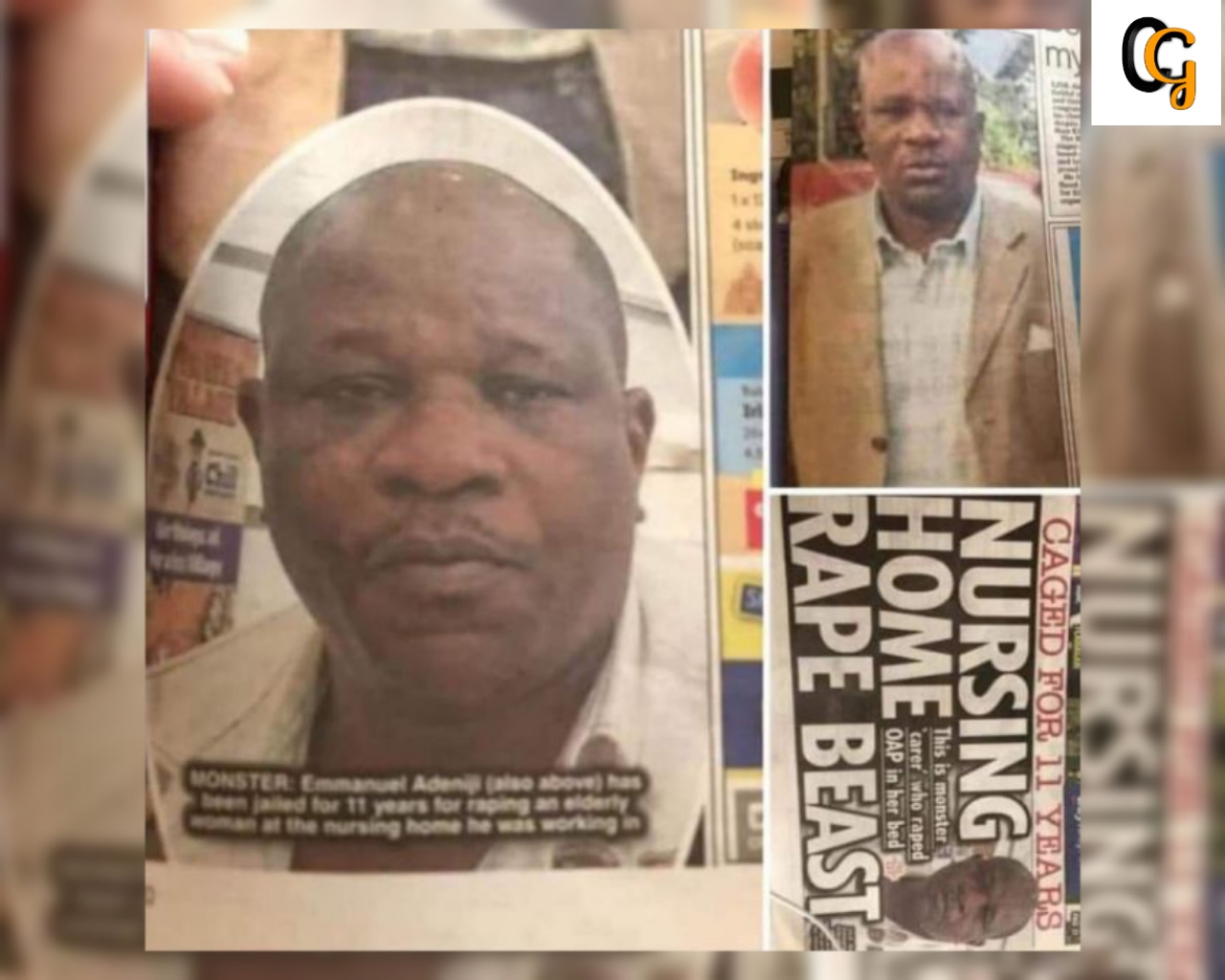 Nigerian man has been sentenced to 11 years in prison after sneaking inside a 73 years old Irish nursing woman home and raped her in 3 April 2020.

According to the news, this happened on 3rd April during the height of the Covid-19 lockdown, she was found in a distressed state later that morning by her friend.

The suspect identified as Emmanuel Adeniji has denied rape, but later pleaded guilty after his DNA matched  a sample from the Victim. The Judge at Dublin central Criminal court described the rape as an egregious breach of trust by a qualified and experienced healthcare worker.

Adeniji had single handedly destroyed our mam's life, the CCTV footage from the nursing home at the time of the rape showed When the suspects goes in and coming out of the woman's room at about 3:00 local time on 3 April.

Later in the morning the victim was saw upset but coherent by another staff member, Irish police were called and the woman was able to make a statement about how she was rape and who did so.

"She told officers she was in her room all the time as residents were locked in because of the virus.

The victim's daughter told the central Criminal court that her family have been unable to hug her mother to comfort her since she was raped, we always said we will dread the day she loses her memory.

But now one day we hope she wakes up and doesn't remember, the judge said the rape on the victim had been devastating with the woman experiencing feelings of depression, suicidal thoughts, nightmares and a lack of safety.