NIGERIAN WOMAN WHO SURVIVED BEIRUT EXPLOSION IN LEBANON CRIED FOR HELP FROM NIGERIAN,(VIDEO). 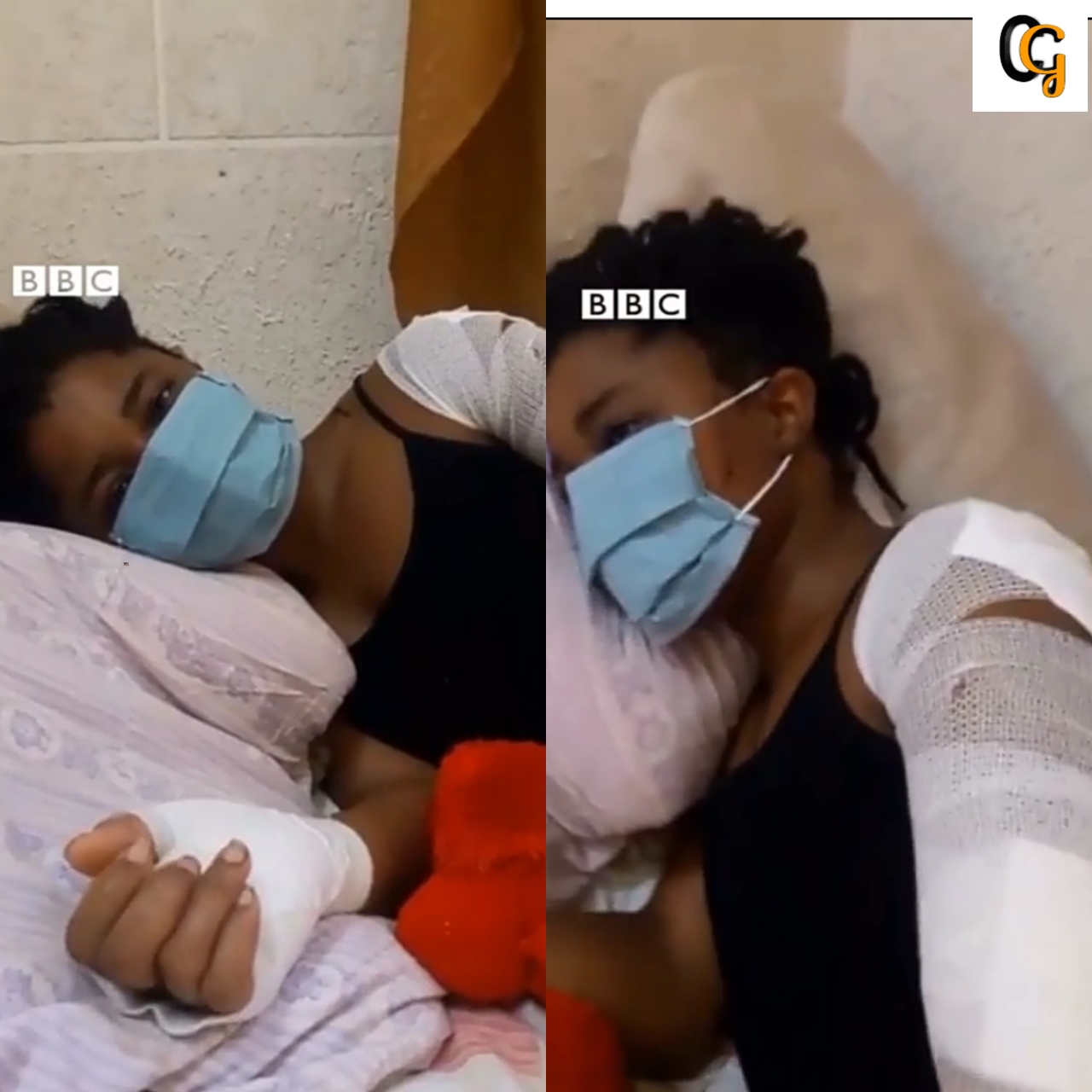 Nigerian woman identified as Nkiru Obasi who was badly injured in the Beirut explosion in Lebanon has called for help from Nigerians.

According to her, she recently got a job to care for an old person in the location where the incident happen in Lebanon, she was there as the explosion occurred on 4th of August that killed over 100 people and injured more than 4,000 people.

Nkiru Obasi who is a indigene of Ebonyi state narrate how she survived the explosion and walked over dead bodies to escape from four storey building.

She was in began collapsing and how she thought she would bleed to death,  she said she got first aid care from her fellow Africans who she ran to before she was taking to hospital.

Speaking from her hospital bed she said that Shattered  glasses are still in her body and she can barely stand or walk, she almost fainted from blood loss before the hospital staff attended to her after almost an hours of waiting.

She said that even when they treated her, they only cleaned her wounds and put on bandages that she hasn't been treated properly and the broken glasses are still stuck in her body.