NOTORIOUS LAPTOP AND PHONE ROBBER ARRESTED AFTER TRYING TO RAPE A WIDOW IN FRONT OF HER KIDS . 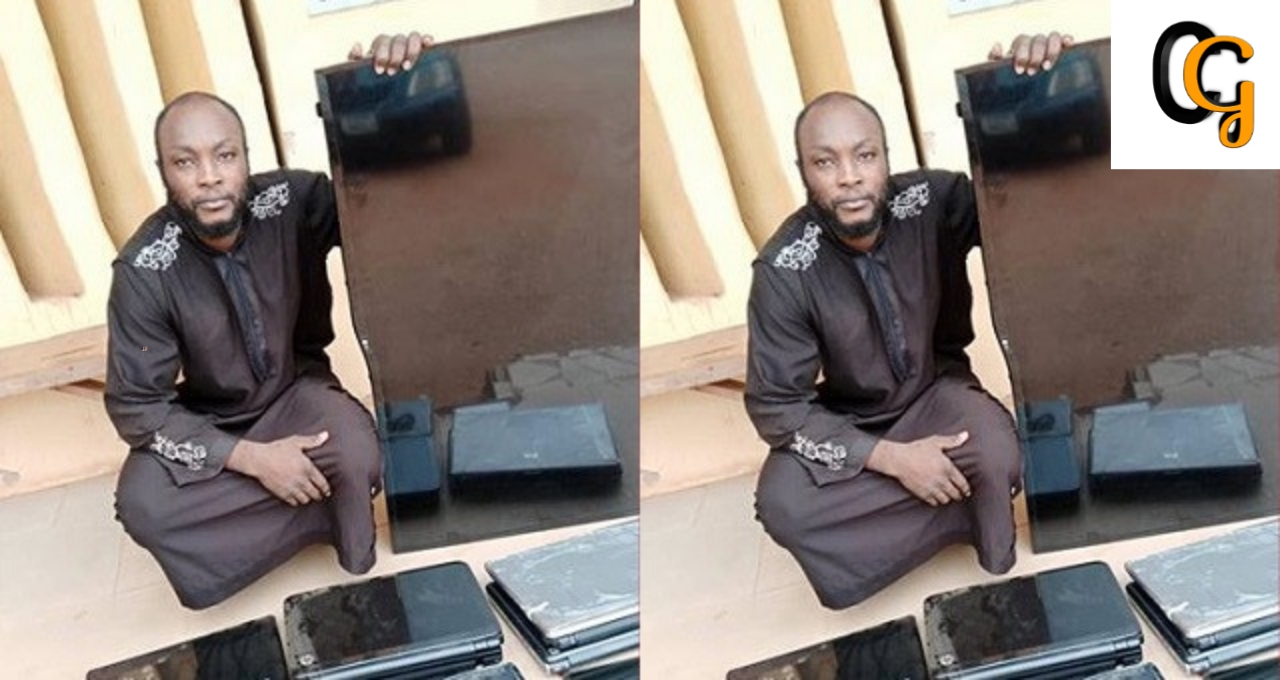 Lagos state police has arrested Man identified as Tope Oladiran who is a notorious laptop and phone robber after trying to rape a widow at Ori-Okuta, Agric area of Ikorou around 11pm on march 29.
According to the police spokesperson of Zone 2 Command Onikan DSP Hauwa Idris Adamu stated that the suspect attempted to rape a lady in front of her kids after perparing a meal in her kitchen, he escaped after the lady raised alarm.
Tope was arrested through native intelligence in Akute axis of Lagos where he was relaxing in a hotel.
READ POLICE STATEMENT:

The last operation Tope went for which led to his arrest was when he preyed on a woman at Ori-Okuta, Agric area of Ikorodu about 2300hrs on 29th March 2020, Tope was unable to rob the woman of her mobile phone before she went into her compound but he somehow got to know that the woman lives alone with her two children in the compound. The suspect Tope Oladiran 'm' did hang around until later that night when he scaled the fence to gain entrance into the compound and was able to enter the building through the kitchen, he went upstairs and hit the woman as the frightened woman pleaded for her life and that of her children while she offered him her phone and laptop computer. The suspect ransacked the whole building and found some frozen food stocked in the freezer and boiled some for himself , went to the victim and told her all he was doing in the kitchen while he threatened to have unlawful canal knowledge of the woman when he is done eating what he was preparing in the kitchen. While he returned to the kitchen to dish while he returned to the kitchen to dish what he had cooked, the  helpless woman jumped from upstairs ,raised an alarm and called out for help. The suspect than escaped with the woman's phone. The case was than reported to operatives of the Zonal Monitoring Unit who after several attempts to get him escaped through the ceiling were finally able to arrest the suspect through native intelligence in Akute axis of lagos where he was relaxing in a hotel. Investigation is ongoing and suspect will be accordingly charged to court for prosecution upon completion of same for possible conviction.