POLICE ARRESTED TWO ROBBERS ON THEIR WAY FOR A ROBBERY MISSION IN IJEBU-ODE,(PHOTOS). 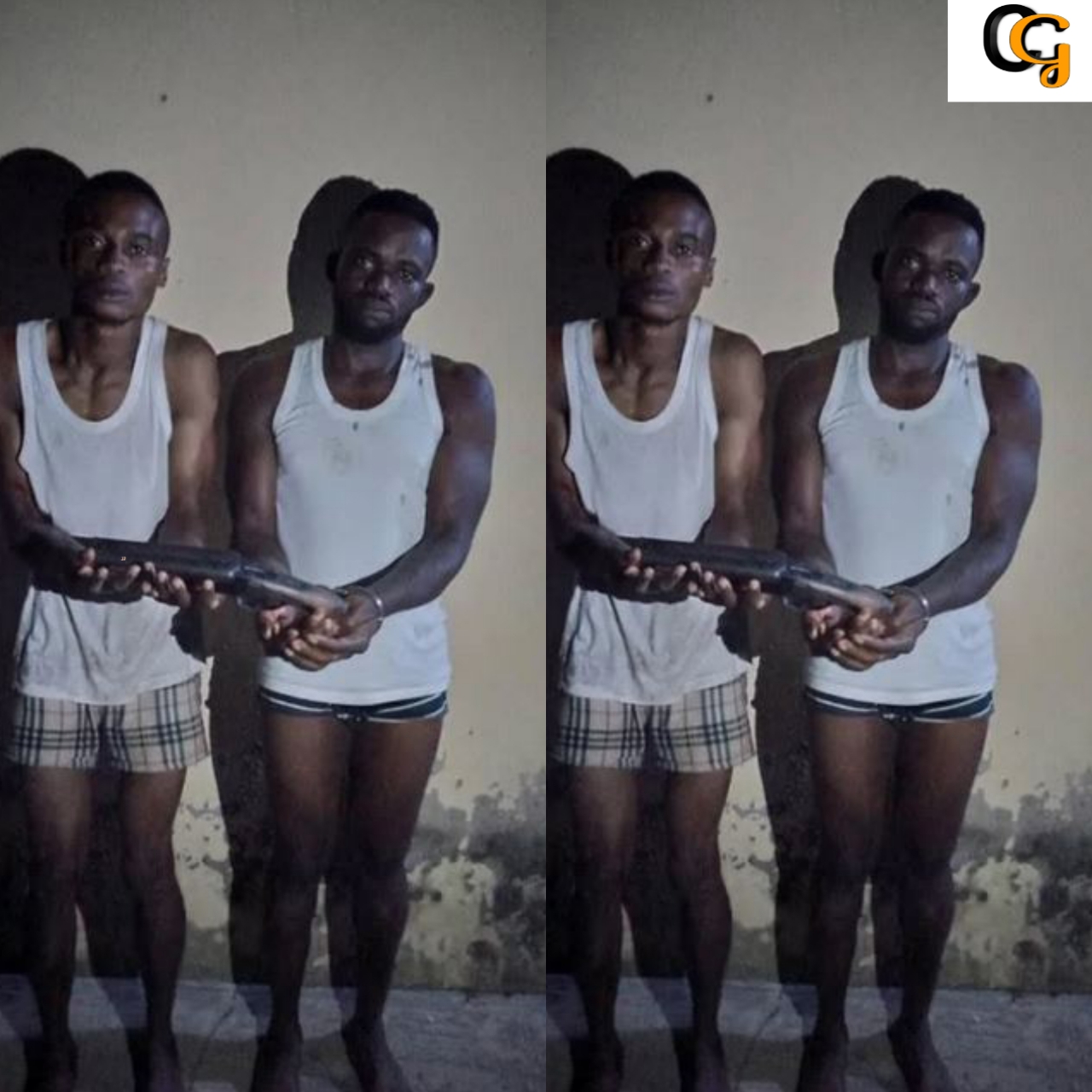 Police has arrested 32 years and his friend  identified as Odukoya Ayomide and Abiodun Oyenuga on their way for a Robbery mission in Ijebu-ode.
According to the news, they were arrested on their way for a robbery operation along Awa Ijebu/Ijebu-Ode Highway, the suspects were accosted on the road on August 25 when the DPO of Awa Ijebu police station, CSP known as Adewalehinmi Joseph were on Routine Patrol of the Area.
Abimbola Oyeyemi who is the Ogun state spokesperson said that the suspects were on a motorbike quickly jumped off as they sighted the police, then the policemen gave them a hot chase that lead to their arrest with a locally made cut to size double barreled gun and the second suspect escaped through a nearby bush.
It was also informed that the police was upon interrogation that his fleeing partner was the person who invited him from Ijebu-Ode for a robbery operation and that they were just going to carry out the operation when they were accosted by the police.
It was recorded that the useful information that was got from the arrested suspect led the police to sagamu where Abiodun Oyenuga his fleeing partner was arrested on 28th August.
Edward Ajogun who is the state Commissioner of police has directed that the two suspects should be transferred to the SARS unit of the police command for discreet investigation.