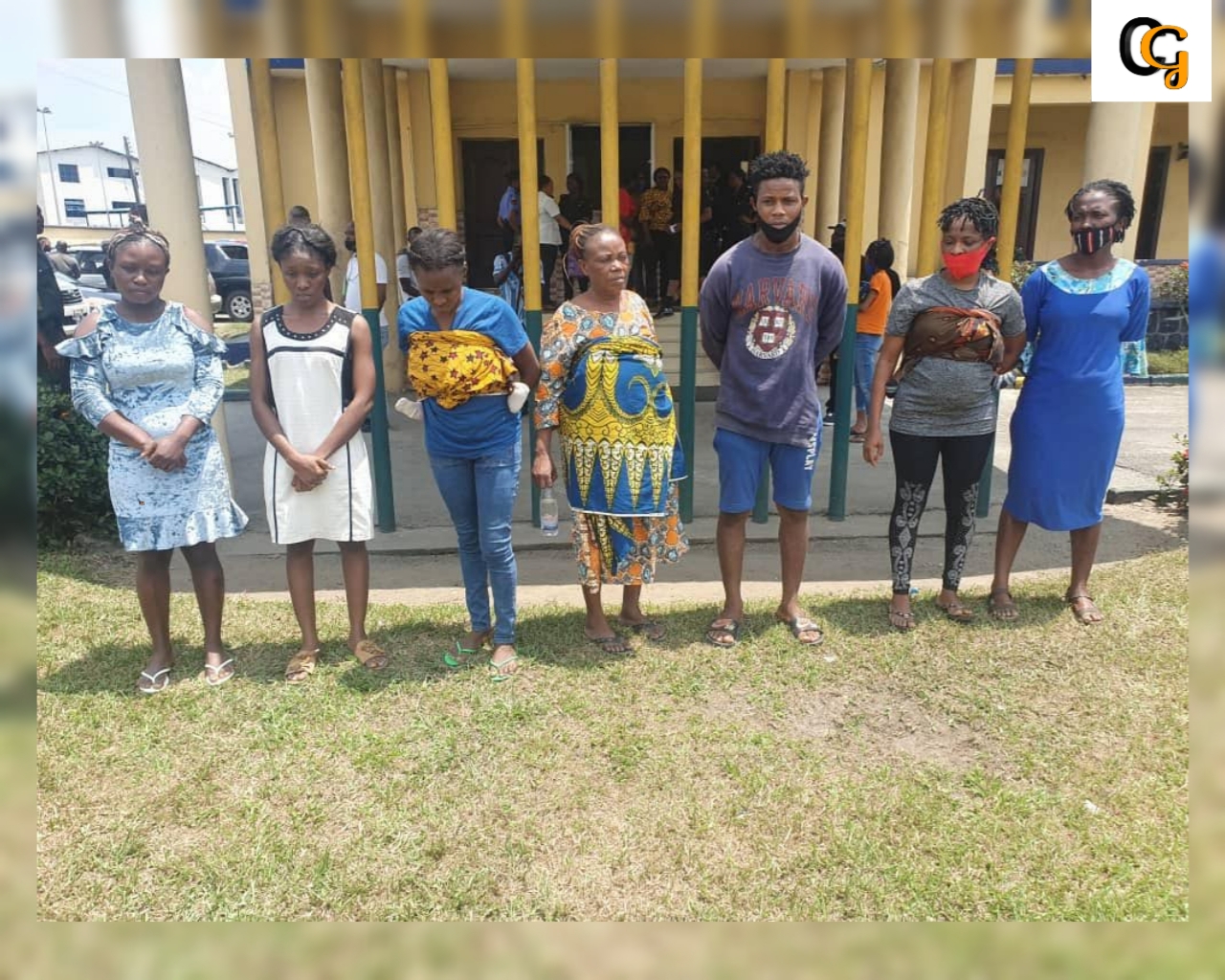 The Rivers state police has arrested suspects for salling a day old baby in port Harcourt.
According to Rivers state police spokesperson known as SP Nnamdi Omoni he said the operatives of the special Anti Robbery Squad has arrested a 56 years old woman identified as Florence Jonah for salling of a day old baby at Igwuruta, Ikwerre local Government area.
She conspired with the father of the child to sell the baby to a waiting buyers at the cost of Nine Hundred Thousand Naira(N900,00),the father of the baby was also arrested by the security operatives to better life Clinic in Eneka. 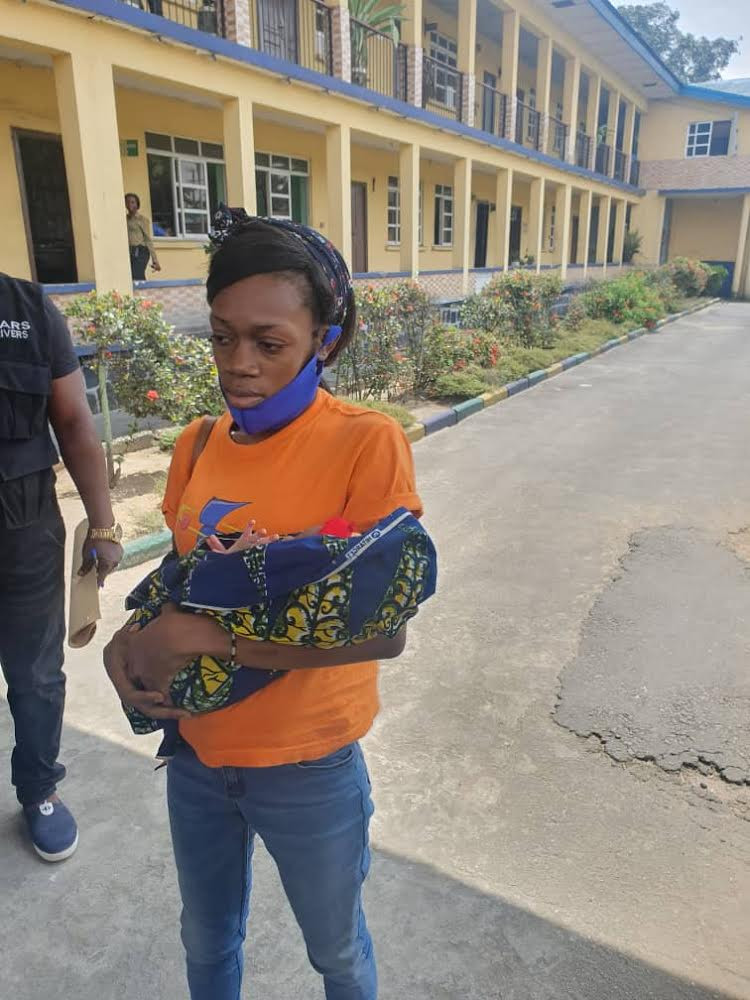 Where the baby was recovered and handed over to his real mother Rejoice Izuchukwu.
READ THE STATEMENT:

Special Anti Robbery Squad (SARS) in a covert operation at the  early hours of today been 11th of August cracked a child Trafficking syndicate at Igwuruta Ikwerre LGA where one Florence Jonah 56 years old woman was arrested. She is alleged to have conspired with the father of the child known as Izuchukwu success to sell him to waiting buyers at a cost of Nine hundred Thousand Naira (900,000), upon his arrest the father led the police to better life Clinic in Eneka where the child was recovered and handed over to his real mother known as Rejoice Izuchukwu. Both mother and child are in stable condition, The suspects arrested are Florence Jonah 'f' 56years , Ogum ifeoma 'f' 25years , Isabella chika 'f' 20 years amd Blessing Udoh 'f' 20 years old.