WANTED KILLER WHO WORKS WITH A LOT OF CHARMS HAS BEEN KNOCK DOWN BY AMOTEKUN CORPS. 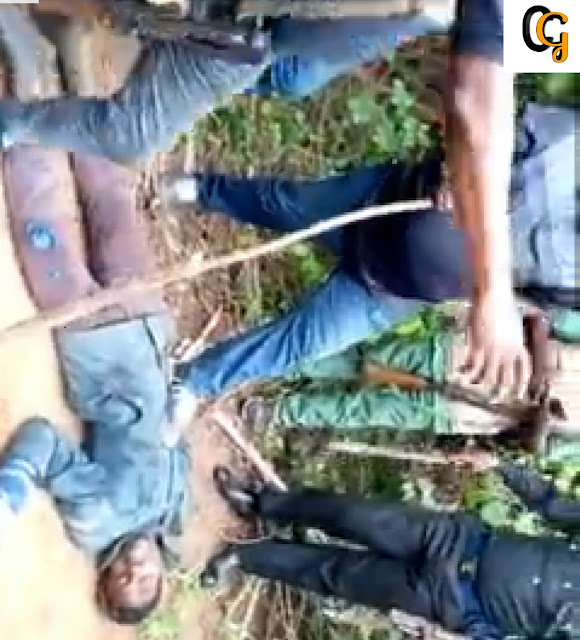 Amotekun corps has knock down an wanted killers who was place N1Million to anyone who killed are find him.
The killers who works with  a lot of charms, he was fight may bullet on him  by police but wasn't  penetrate him.
it was even the Amotekun corps who accompanied the police that apprehended him after several incantations between him and them.
The police bullet fired from their AK-47 couldn't penetrate his body, after exchange of incantations by the leader of the Amotekun from Ile-Ife he was gunned down with a Dane gun.
Ogere residence jubilated mostly because by 07:00PM everyone is inside their house with their doors locked due to fear of being hacked down by this serial killer.
The 1million Naira placed on him as bounty by the Governor will be given to the Amotekun corps.
WATCH VIDEO: