WATCH THIS: AYO FAYOSE BLAST OBASANJO BY SAYING I WILL SEND YOU BACK TO PRISON IF I BECOME PRESIDENT. 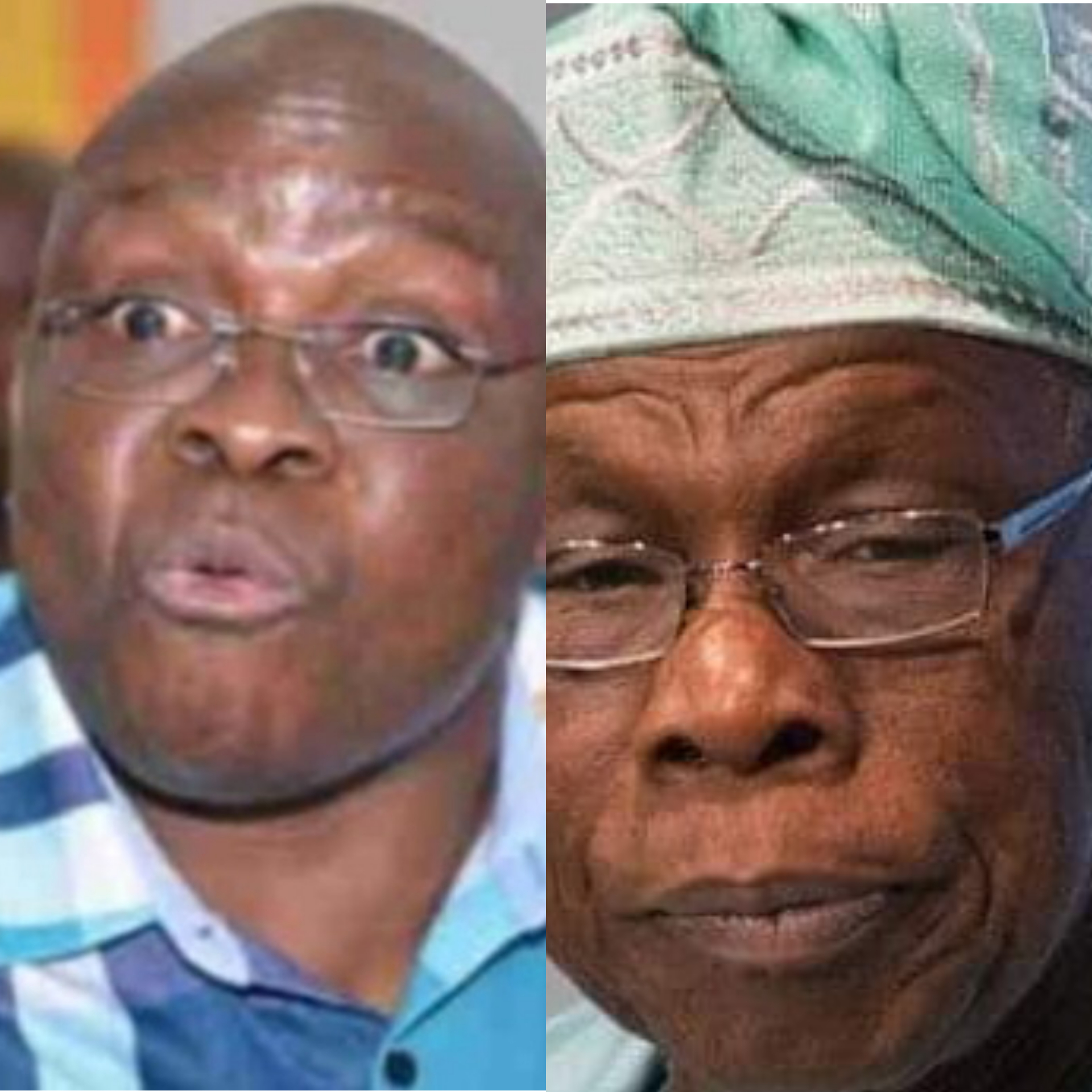 The former governor of Ekiti state known as Ayo Fayose blast former president, Olusegun Obasanjo by saying, if i become the president of Nigerian, i will send Obasanjo back to prison.
According to the news, Fayose on an interview with PlusTv said if he become the new president off Nigeria, he will ensure that Obasanjo account for all the financial impropriety perpetrated during his eight year tenure as the Nigerian president and will face the full wrath the law.
READ HIS STATEMENT:

"Let me tell you, Obasanjo has made hate speech and should be brought to book by this government. I pray one day i will become president of this country by God's grace, Obasanjo will go back to prison. I'm telling you the truth because there are so many things Obasanjo must be question about, Obasanjo is not a saint when he came out of prison his farm at Ota was in shameless but today it is back to life , where did the money for resuscitating the once ailing o come from? It was from the government for the library all government at that time contributed 10 million Naira each to support Obasanjo by force, the third term is still fresh in our memory. So bab should start telling us he is a sanit. Shagari was not good enough, he imposed him on Nigerian he brought Yar' dua and Jonathan Nobody is good to Obasanjo except himself. Whatever you say about Kashamu,  he has paid his own dues spent him time. No court convicted him and he left and departed the world, Everybody will have an end. Let was and see how Obasanjo will end."