WATCH THIS: A DISMISSED SOLDIER CAUGHT ON CAMERA BEATING A FEMALE OFFICER IN LAGOS STATE. 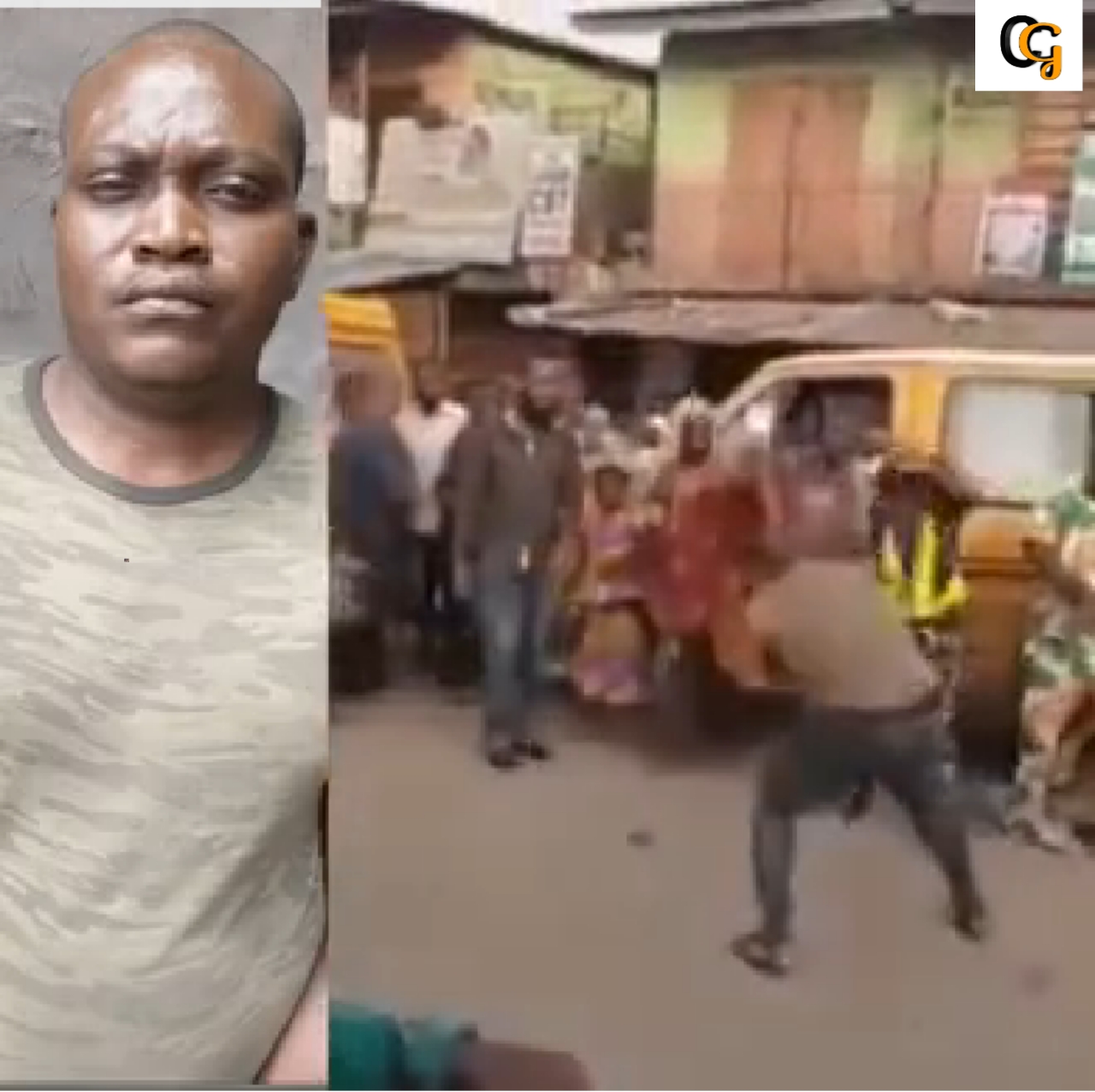 A 32 years old dismissed soldier identified as Yemi Ayeni has been arrested by the lagos state police command after he was caught on camera beating up a female police officer.
According to the news, on Thursday been 13 a video showing A dismissed soldier beating up a female police officer went viral on social media, immediately the state police Command launch an investigation.
Ayeni was confirmed to be terrorize residents of the area  in the name  that he is a military officer was arrested, investigations also showed that Ayeni got offended by the female police officer for stopping a commercial bus he was commuting in.
During interrogation with police officers he said the he was disqualified at entry-level into the military.
He stated:

I am a dismissed soldier, i was dismissed during training. I had spent four months into the training before i was disqualified. This was because anytime someone shouted at me, i would feel somehow they said i had a medical problem and told me to leave. I don't know what came over me on Sunday  i was inside a Commercial bus with the driver and conductor when the policewoman hit the vehicle and that was all, i regret my action i appeal to the federal Government and the police to free me. They should temper justice with mercy, i will never try this again. My wife walked out of the marriage six momths ago abandoning our baby.

Now he will be charged to court for assault as the state police spokesperson Bala Elkana also stated.