WATCH THIS: MAN BREAK DOWN IN TEARS AS HIS GIRLFRIEND REJECTS HIS PROPOSAL IN PUBLIC,(VIDEO). 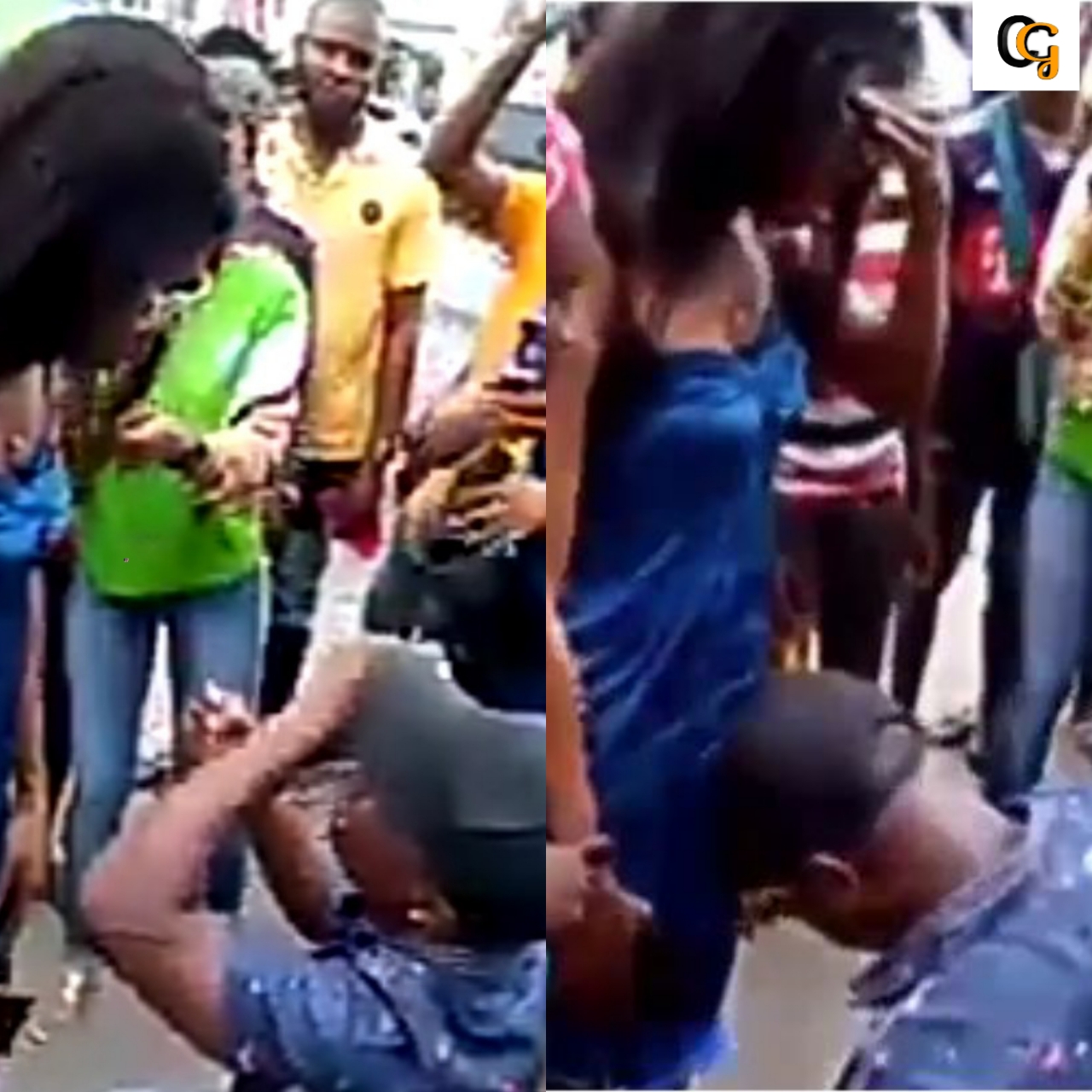 Man breaks down in Tears as his girlfriend rejects his proposal in public(in a busy road ).
The video has went viral on social media as many people react over it, the man is seen going down on one knee to ask the lady to marry him.
But, the lady didn't accept his proposal and walked away, it heartbreaking and the man break down in tears at the point and also goes after the lady then kneels again.
The act makes people to come closer and started pleading the lady to say yes, some even lost patience with the girl when she insisted and refused the proposal.
WATCH VIDEO: