WATCH THIS: N&KED WHITE MAN CAPTURED STANDING IN THE MIDDLE OF THE ROAD,(VIDEO). 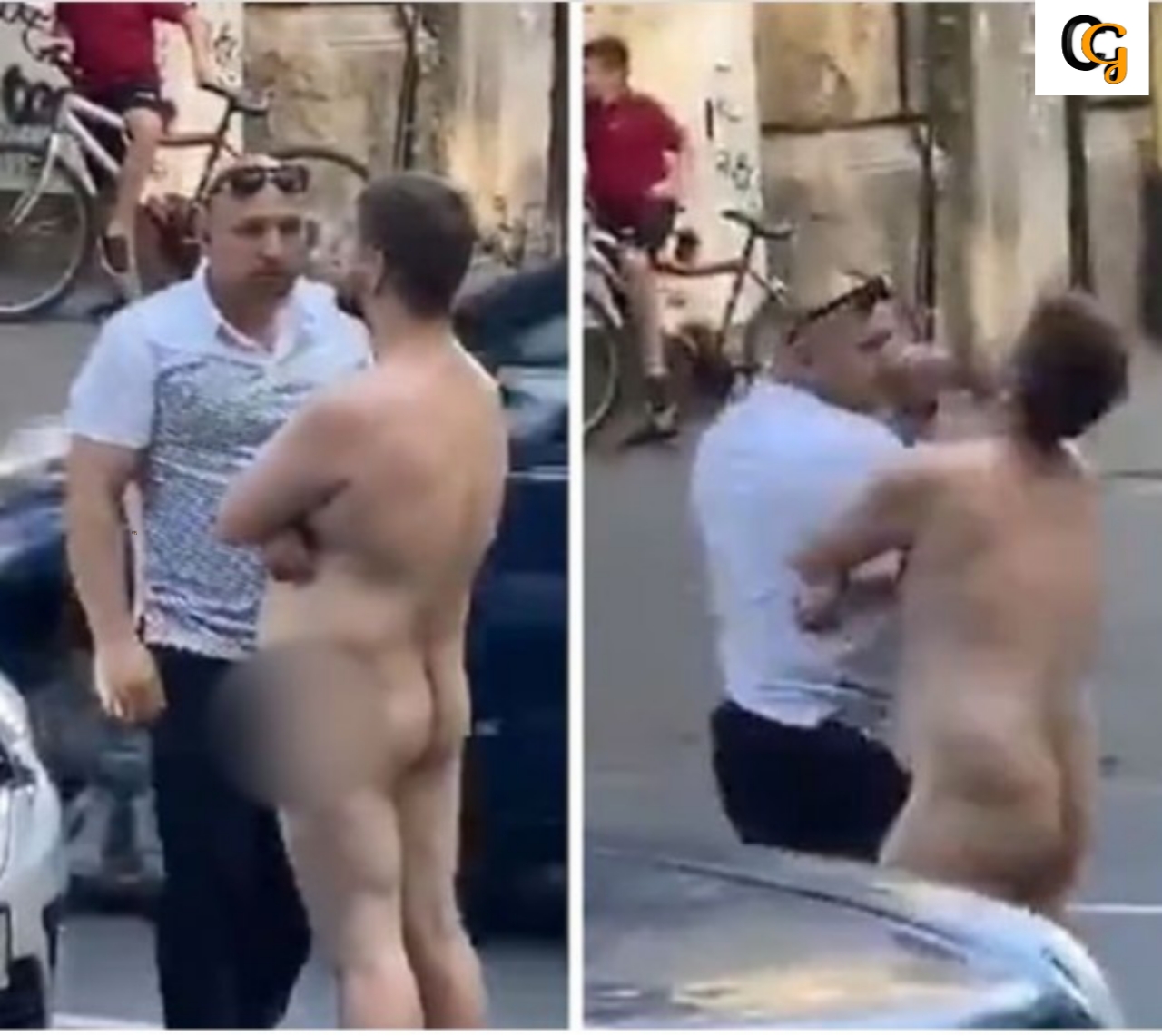 N%ked white man captured standing in the middle of load causing traffic was knocked out by an angry driver.

According to the news, he was completely n&ked and was standing with his arms crossed across his chest causing traffic traffic and cars was unable to move.

He was waited and begged to moved out from the road but he didn't, then a driver approached him he spoke to him for a bit but when he didn't move.

He then made a fist and punched him and the n&ked man collapsed, the video was shared by an America  Journalist identified as Adam22.

He said,"Something really gratifying about seeing n&ked guy get knocked out for blocking traffic."