WATCH THIS: NIGERIAN SOLDIER CAUGHT BEATING AN OLD MAN AND FORCE HIM INSIDE GUTTER,(VIDEO). 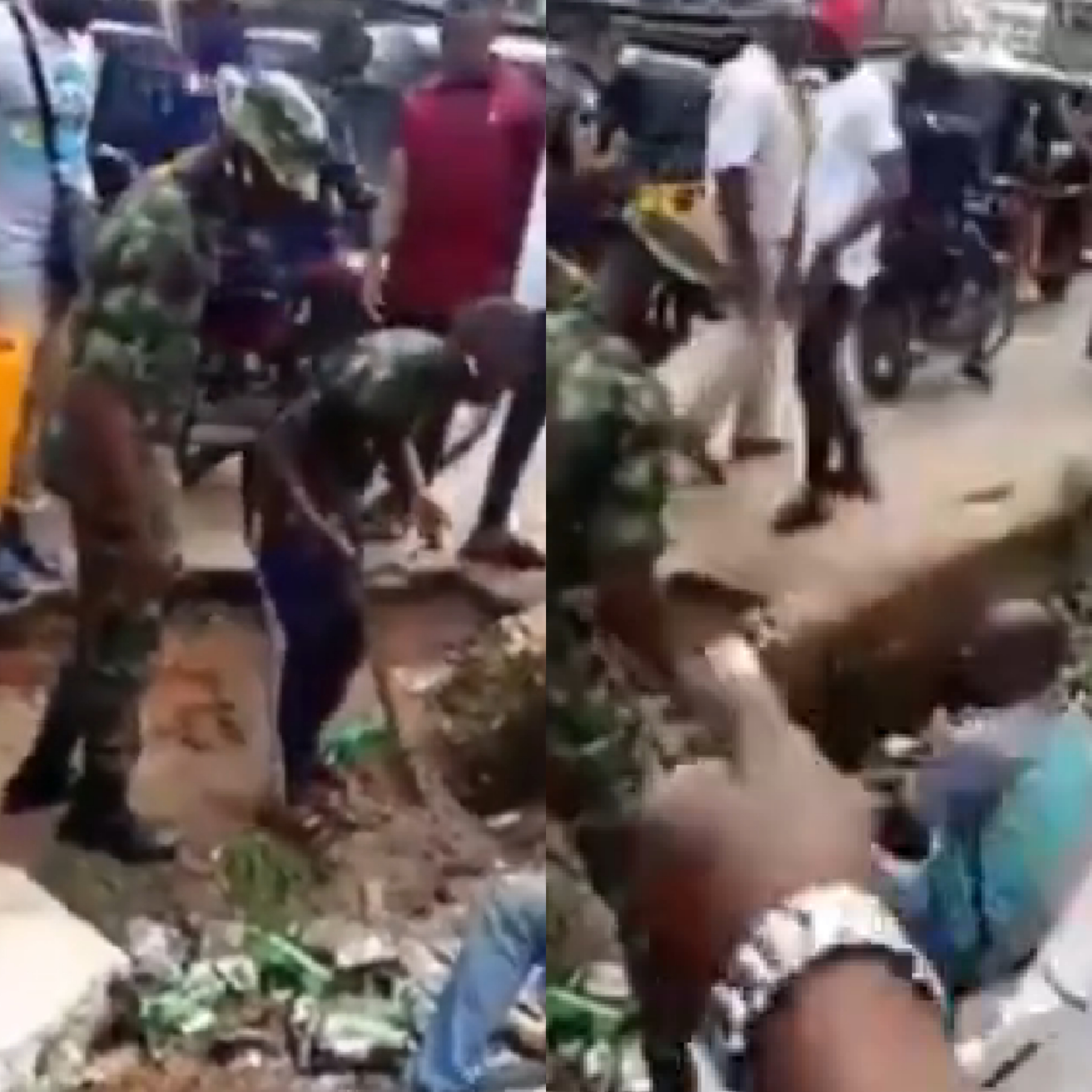 Two Nigerian soldiers caught on video beating old man publicly and forced him inside a gutter.
The video was shared online by Ubi Franklin a Nigerian soical media celebrity, were many social media users blast soldiers by calling them unprintable names because of the shameful incident.
And many also lambasted them for the dishonourable act, while hailing other African soldiers making their countries proud and Nigerian soldiers were killing their  people.
According to the video, someone were heard in the  background shouting "NA OLD MAN O'.
VIDEO: