WHO SO EVER FALLS INTO COMMISSION'S TRAP SHOULD FACE THE CONSEQUENCE SAID BY GOVERNOR GANDUJE. 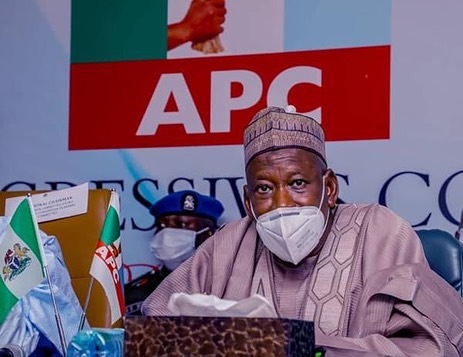 During the conversation with the state public Complaint and Anti Corruption commission on Saturday been 15 of August.
Governor Ganduje urged the commission not to compromise the anti-graft wear and further disclosed that he will not interfere in the prosecution of any political office holder in the state.
Read his statement:

Who so ever falls into the commission trap should face the consequence, i will have nothing to do with it. I will not interface with any case who so ever might be involved, with the way corruption is fighting back and the fight against corruption being any agenda of president Muhammad buhari federal government cannot fight it alone. It needs domestication in the states and the local government to succeed.

He also said the chairman of the commission Muhyi Magaji stated that they have set benchmarks in the country and are being emulated by other states because Governor support,