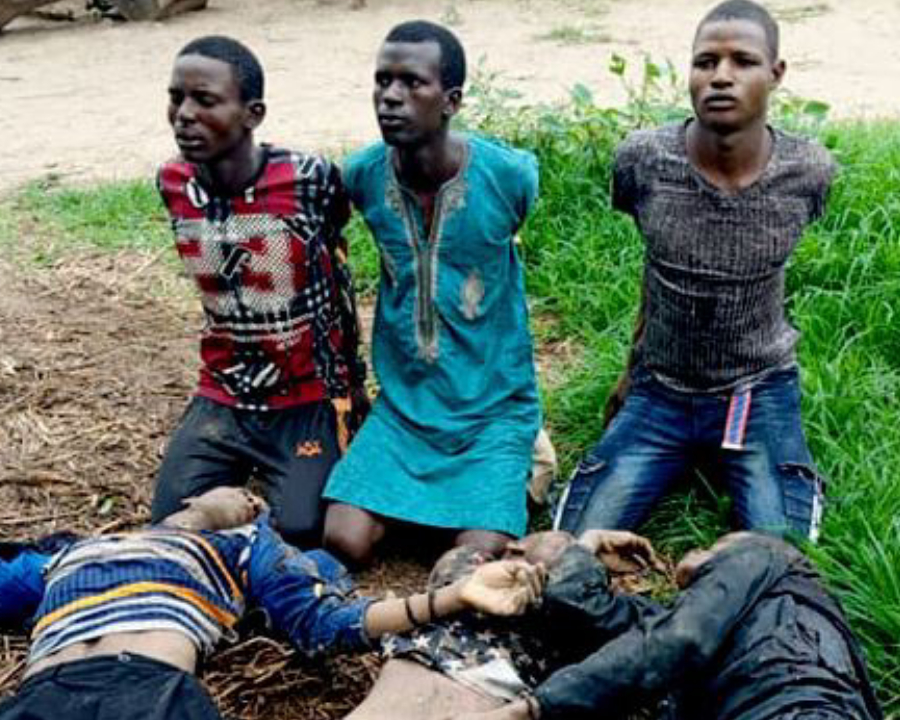 Vigilante group members in Yobe state attacked some suspected Six  kidnappers and killed three, are now in police custody.
According to the Yobe state police spokesperon known as Dungus Abdulkarim said that the suspects were killed on Sunday been 30th August 2020. And it was also informed that the vigilante group lauched a counter attack against the suspected kidnappers after the kidnappers attacked Dungurum Community in Murfa Kalam Village where they kidnapped one person.
Now the remaining three suspect handed over to the Nigerian Army.

It was this morning (Sunday) we received information about an attack on a community under Murfa Kalam village where three suspected kidnappers were killed following an ambush by a vigilante group. Presently the corpses have been deposited at a morgue in the specialist Hospital in Damaturu while investigations are ongoing, as Dungus Abdulkarim stated.