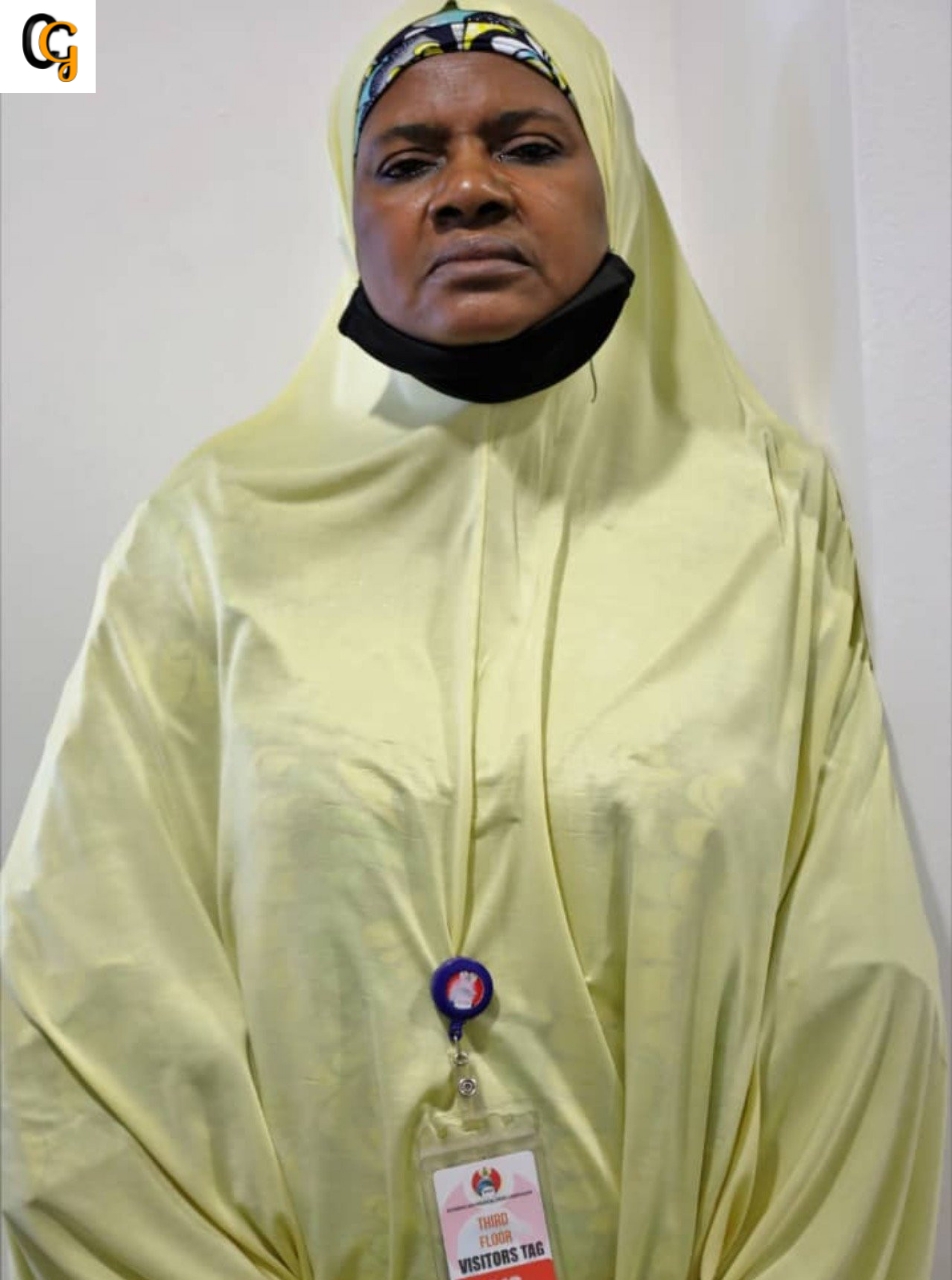 Woman identified as Haiya Hadiza Umar Abubakar has been arrested by The Economic And Financial Crimes Commission (EFCC) for scamming a job seeker Identified as Nuradeen Abubakar of N3million.
According to the news, the businesswoman who promised the job seeker an instant employment in EFCC was nabbed in a bank where she was making a transaction on her account.
The victim met the suspect through her son and was asked to pay N6m, but he only paid N3m into the suspect's account on october 29, 2019.
He promised pay the balance after receiving his employment letter, the letter was promised to be delivered on November 7 2019 two weks from the date of the part payment.
"The suspect was arrested in a bank she sent her son to make a transaction, unaware that the EFCC had placed a post No Debit (PND) on all her account, the victim stated that he had not received an employment letter nine months after paying the suspect as Dele Oyewale the EFCC spokesman stated".