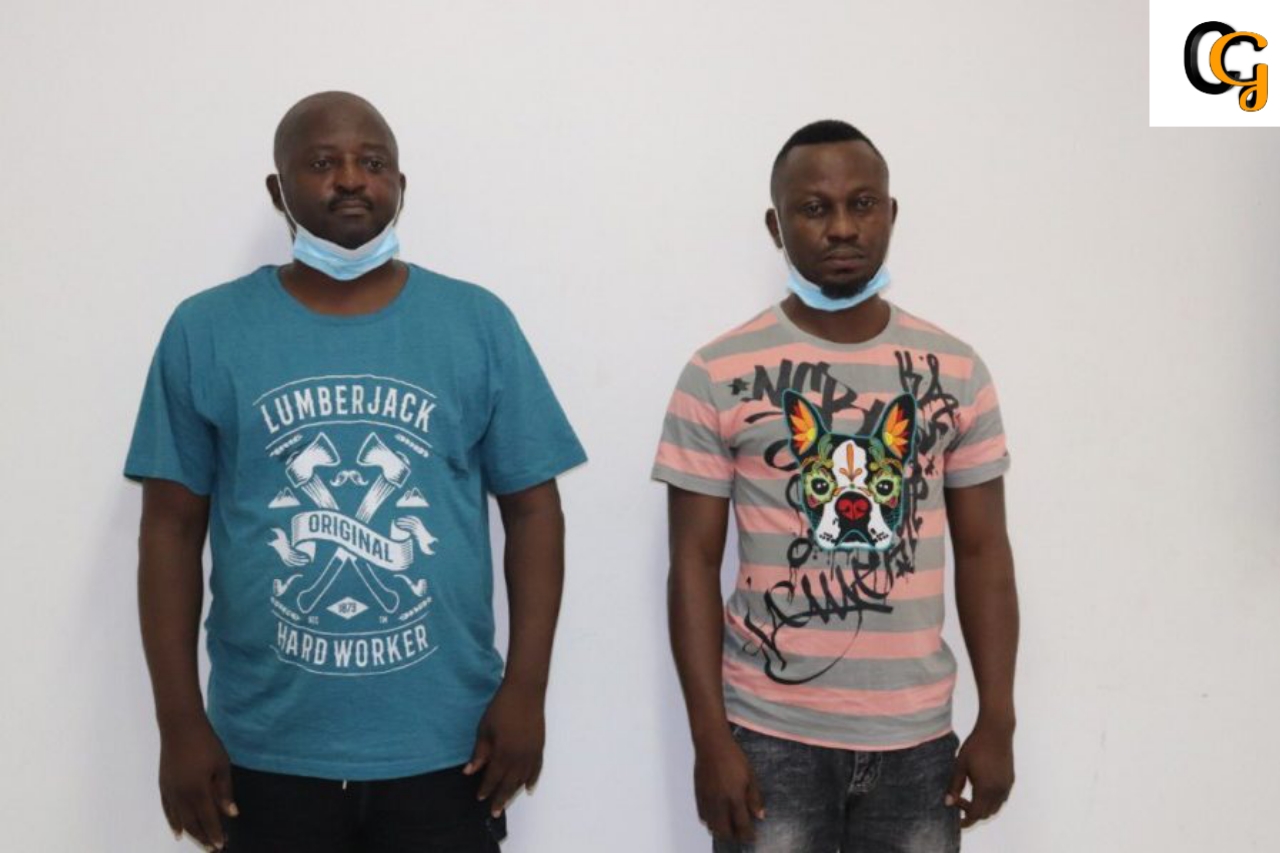 Suspected two Nigerians has been arrested for scamming a Germany company  €14.7million  in a Covid-19 scale.
According to the news, Babatunde Adesanya who is 50 years old and Akinpelu Hassan Abass who is 41 years old were accused of cloning the Corporate website of ILBN Holdings BV, Holland to defraud one freiherr Von Hahn a representative of the German state of North Rhine Westphalia.
AS NIGERIAN POLICE STATED.

Discrete investigations by INTERPOL Nigerian revealed that the suspects and their Holland-based cohorts one  Eduardus Boomatra and Geradius Maulder specialised in identity theft, cyber stalking cloning of corporate websites amongst other cyber mischiefs to defraud unsuspecting members of the public. The arrest was made after a mutual legal Assistance Treaty (MLAT) received by the Bureau from the office of the Attorney General of the federation and minister of justice.  The treaty contained a request from the German Government a request from the German Government for investigations into a fraudulent transaction on the procurement of Covid-19 personal protective. The suspects fraudelently obtained from Mr freiherr  Fredrick Von Hahn the sum of 1.5m Euro and another 880,000 as advancd payment for the supply of COVID 19 PPEs valued at 14.7million Euros, disturbed by the Non-arrival of the PPEs Mr Freiherr Fredrick Von Hahn eventually visited the corporate office of ILBN holdings BV in Holland to inquire reasons for the delay in supplying the items only to find out that the company never did business with him and that the transaction was a Scam.

Police also stated that Fredrick reported the case of fraud to the police in Holland and this led to the arrest of Eduardus Boomstra and Geradius Maulder in Holland and investigations extended to Nigerian.

The investigation by INTERPOL revealed that Babatude Adesanya received 498,000 Euro from Eduardus Boomstra and Geradius Maulder through his Citibank London account and transferred same to an account number Domiciled with a lagos branch of a leading commercial bank