POLICE ARRESTED FOUR WOMEN FOR SELLING NEWBORN BABY AT THE RATE OF N1.5M,(PHOTOS). 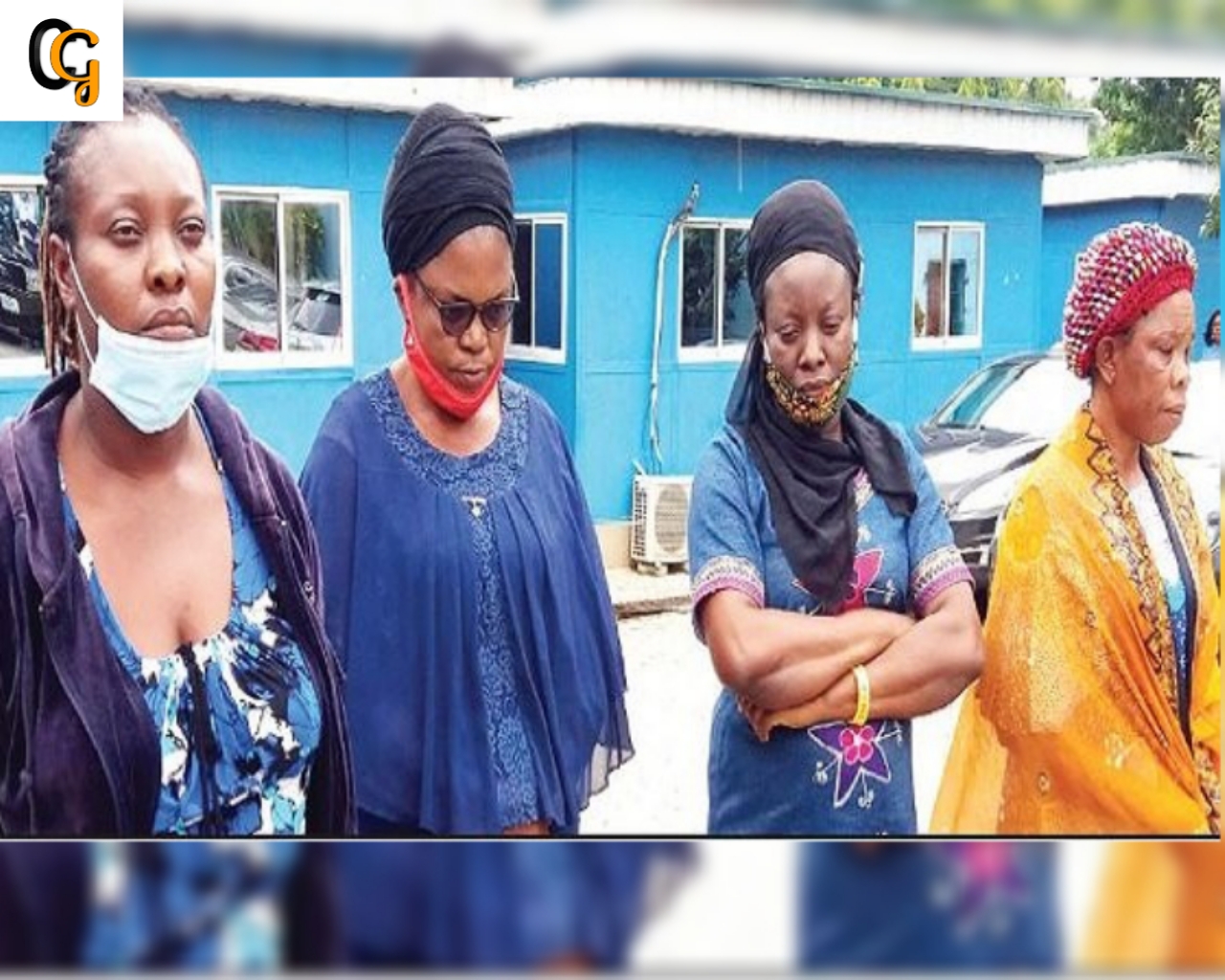 Four woman has been arrested by Officials of National Agency for the Prohibition  of Trafficking in persons (NAPTIP) for selling a newborn at the rate of N1,500,000.
According to the news, on Thursday been September 3re  the four women were stand before newsmen and two of the women identified Bernadette  ihezuo and Cecilia onyema are civil servants with the federal Ministry of Finance Abuja and Ministry of Agriculture and Rural Development respectively.
And the third woman identified Okasi Ekeoma said to be Onyema's sister and the fourth suspect is the baby's grandmother Harrieth Nmezi who lives in IMO state.
NAPTIP stated that the teenage girl got pregnant while staying with her mother who then took her to Onyema's residence where she lived until she delivered her baby.
Immediately after delivery, the other women took the child from the young mother and sold off the baby. They were arrested following a tipoff received by some members of the public.
Now the baby has been reduced while the suspects have confessed to the crime and will be take to court.