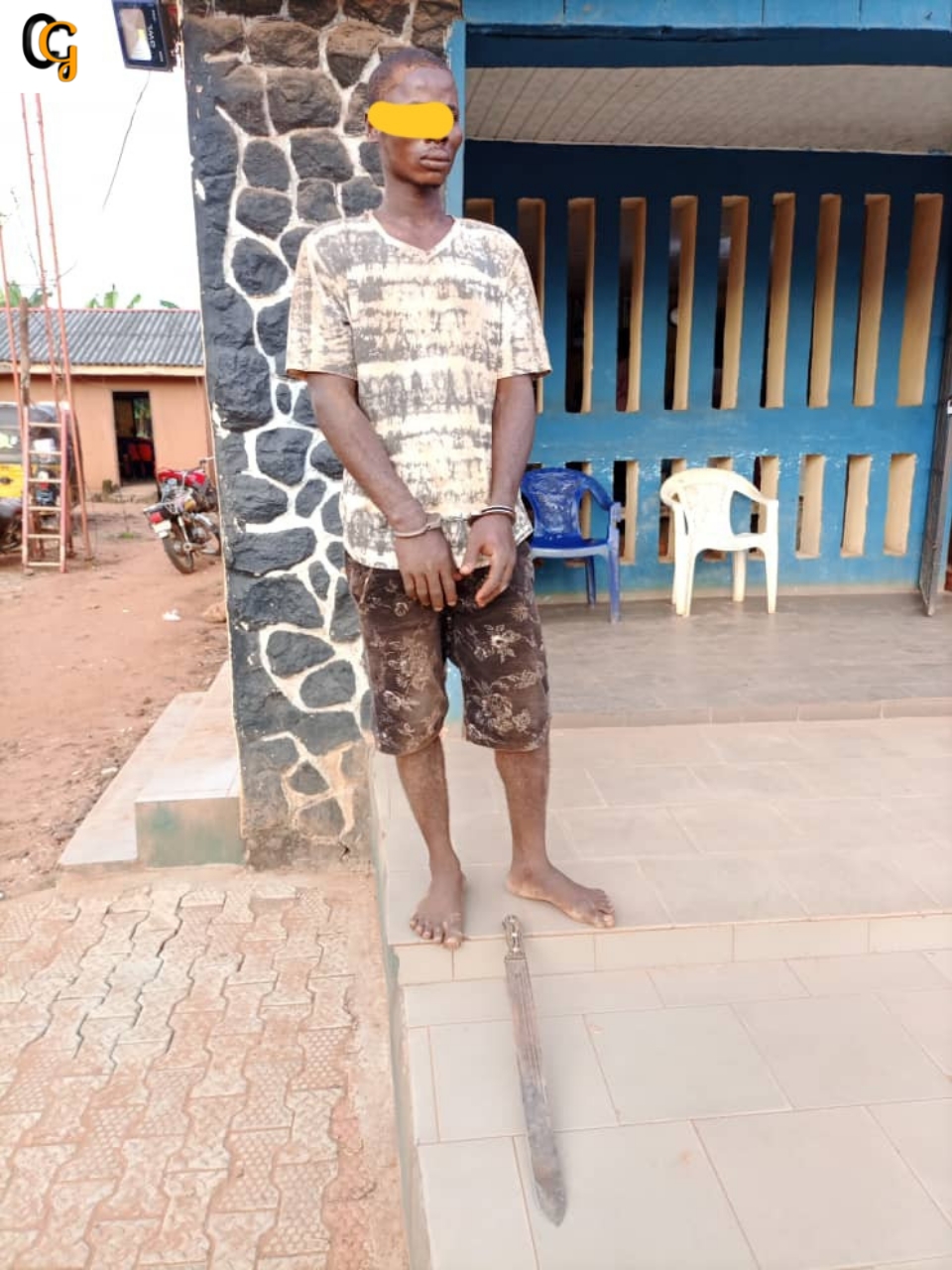 Man of God identified as Uchenna Chukwuma who is 21 years old has been arrested by the Anambra state police for stabbing 60 years old native doctor to death in Nkpor Anambra state.
According to the Anmabra state  police command spokesperson known as Haruna Mohammad said the incident happened yesterday been Thursday 3rd September, as the men of  the Ogidi divisional police station were alerted immediately after the incident occurred.
Immediately the police detectives arrived at the scene and arrested the suspect who said he was sent by God to kill the deceased native doctor, he also said that the native doctor was disturbing him spiritually and has not allowed him to progress financially
Haruna Mohammad also said the victim was rushed to the Iyi Enu hospital Ogidi for medical attention where he was confirmed dead by the medical doctor on arrival.
His body was deposited at the hospital mortal for autopsy, th machete the suspect used in perpetrating the crime was recovered as an exhibit and that the case has been transferred to the state Criminal investigation Department, Awka for discreet investigation in order to unravel the actual circumstances surrounding the incident.