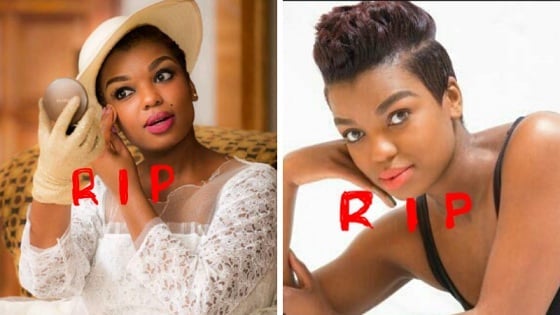 The South African police has arrested three men for been in hands of shooting Actress Thandeka Mdeliswa that led to her death.
According to the news, Actress Thandeka Mdeliswa who is 34 years old, was shot outside her family home in Evander days ago, the suspects fled including the triggerman. The police launched a manhunt which culminated in their arrest.
The provincial police Commissioner of Mpumalanga known as Lt Gen Mondil Zuma said the suspects arrested are aged 24, 27 and 29, will face charges of murder and unlawful  possession of a firealm and we are glad that the suspects have been arrested including the murderer.