PREGNANT GIRLFRIEND STABS BOYFRIEND TO DEATH FOR NOT GIVING HER MONEY FOR AN UPKEEP. 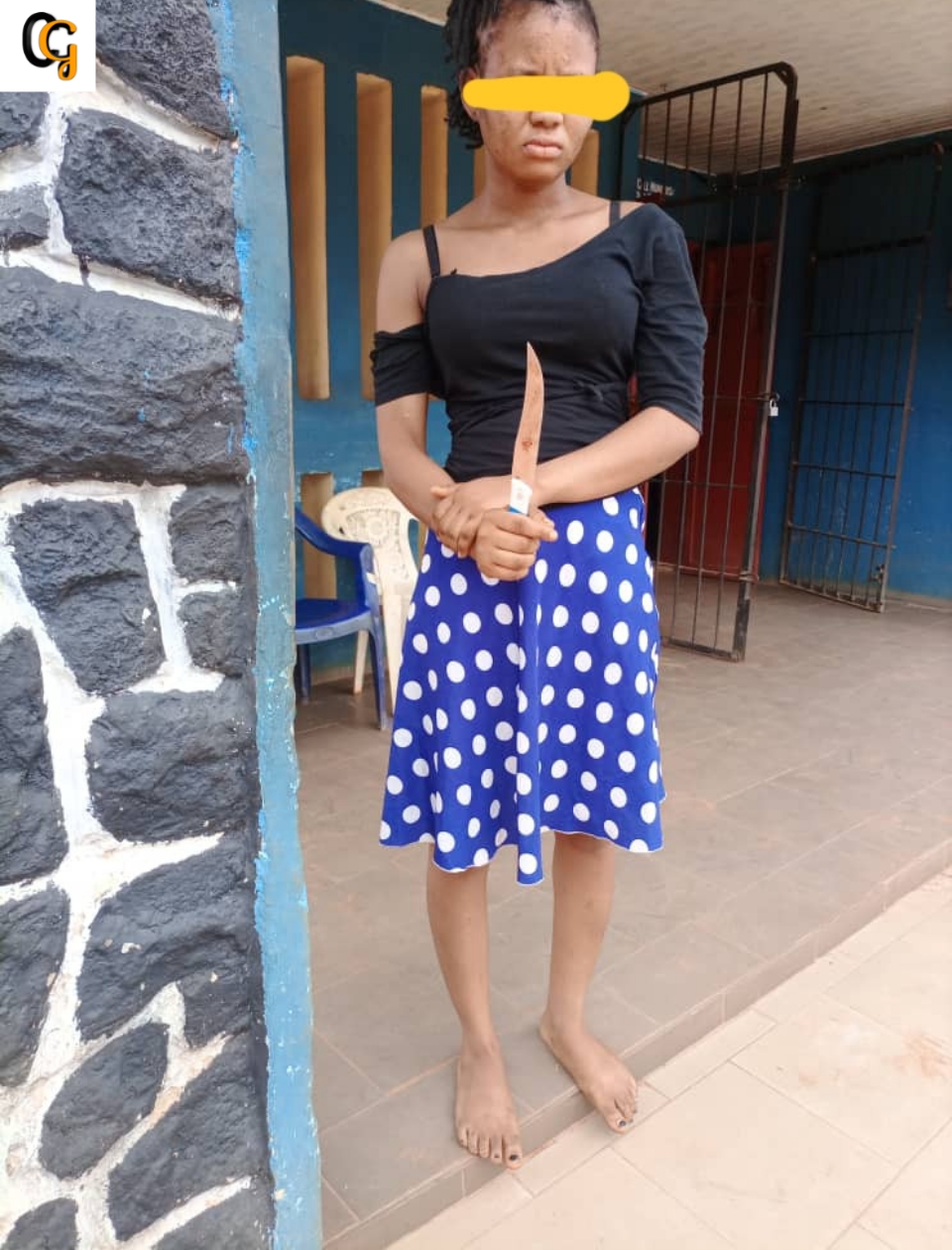 Pregnant Lady identified as Oyinye Chime has been arrested by the Anambra state police command for stabbing her boyfriend identified as Eleyi Azubuike to death for not giving her money for an up keep.
According to the news, the incident happened on 2nd September  in the victim home in Ochiaglu street in Nkpor Anambra state.
Muhammed Haruna who is the spokesperson of the anambra state police command said they received a report of the murder case, immediately visited the secene.
The preliminary investigation revealed that the victim impregnated the suspect and wanted an abortion which she declined and demanded some money for her upkeep which the deceased also refused to give.
He said the eventually led to a scuffle between the lovers that resultled in the deceased being stabbed to death, the police detectives attached to Ogidi Division led by the DPO CSP Ekuri Remigius  who visited the scene and rushed the victim to hospital.
Who was found in a pool of his blood to Ivi Enu Mission hospital Ogidi for medical attention where he was certified dead by the medical doctor on arrival.
A careful observation on the victim body revealed a stab wound on his chest while a blood stained kitchen knife was also recoverd at the Scene as Exhibit. The case is under investigation to unravel the circumstance surrounding the case.