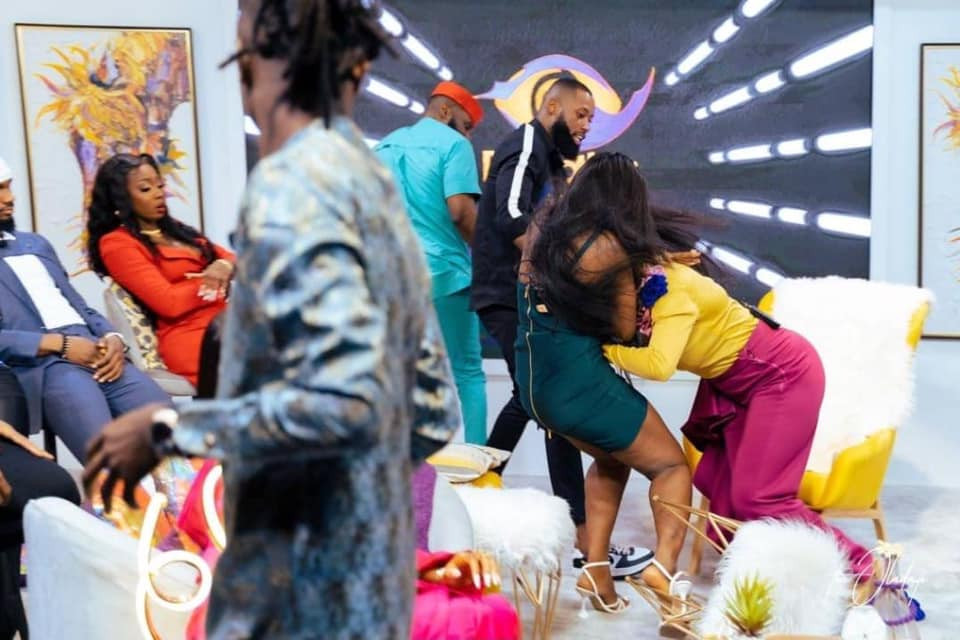 Kaisha  and Lucy  fight on The Big Brother Naija Reunion show which was  aired tonight came with lots of drama .

According to the news, the fight began after Kaisha narrated how Ka3na reportedly disrespected her mother as they partied together.

She also said her mother liked Ka3na and wanted a photo with her, she revealed that her mother first sent Lucy before  sending her sister Zainab to ask Ka3na for a  photo .

She reportedly asked them to tell her mother to come to her table  as a feedback she found disrespectful.  According to Ka3na  she thought they were talking about    Kaisha's Manager .

Lucy immediately backed up Ka3na  and explain why she didn't deliver the message when she was asked to . And Kaisha made  a demand for them all to stop talking about her mother, Lucy fired back at her asking if her mother is a fruit  insisting she was talking about a fruit.

The angered Kaisha who then threw a pillow at Lucy which lead to a Nasty fight, Lucy was seen later being escorted without her wig on and was also talking  about kaisha being  violent and further threatened to beat her .