15 YEARS OLD GIRL CRIES STONE TEARS FROM HER ONE EYE,(PHOTOS). 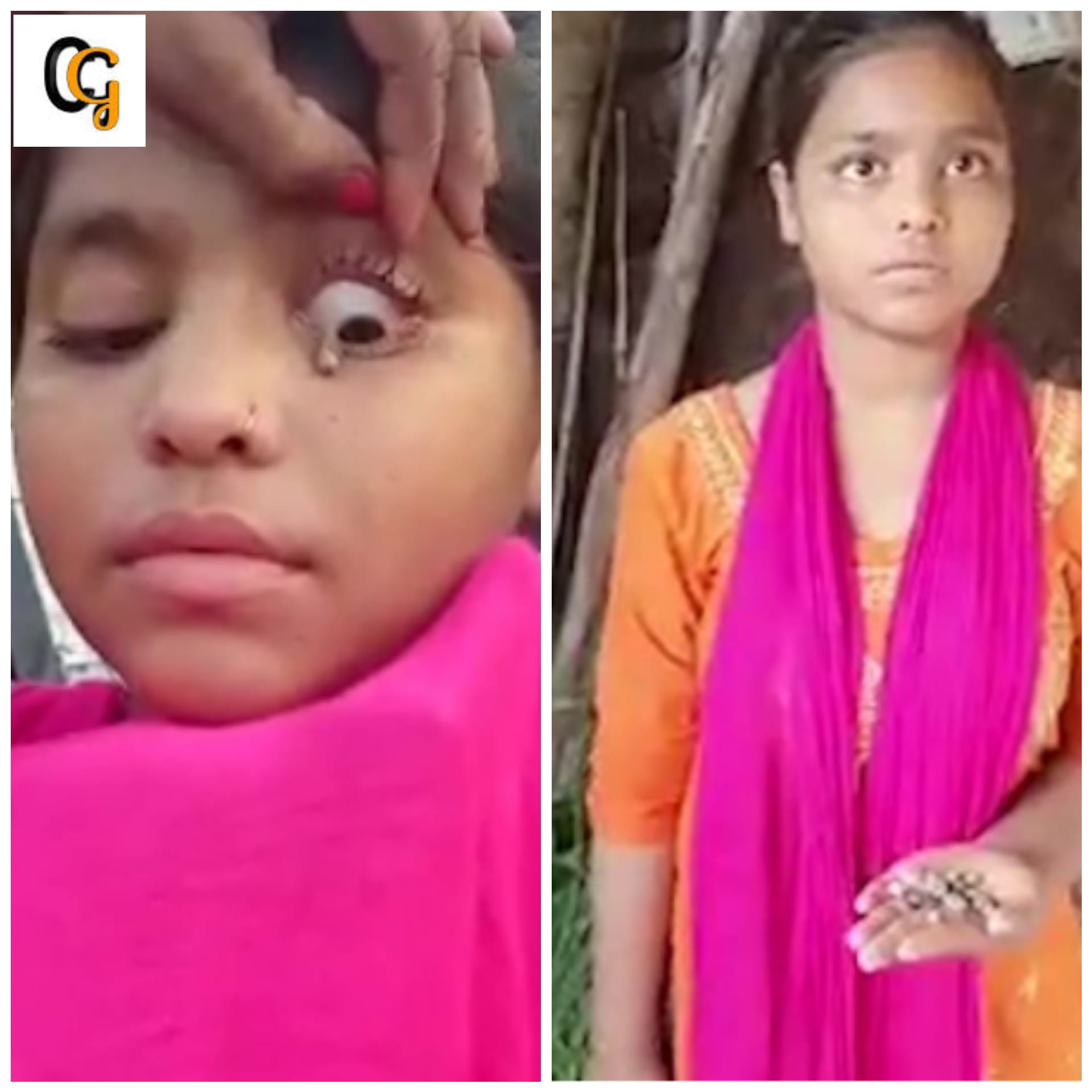 A 15 years old girl identified as Uttar Pradesh from Kannauj Northern India cries stone tears from her one eye when every she cried.

According to the news, Doctors from center of a Bizarre medical Mystery has claimed that her affliction is not medically possible. Her family also claimed that between 10-15 stones have come out of her left eye when ever she cries. 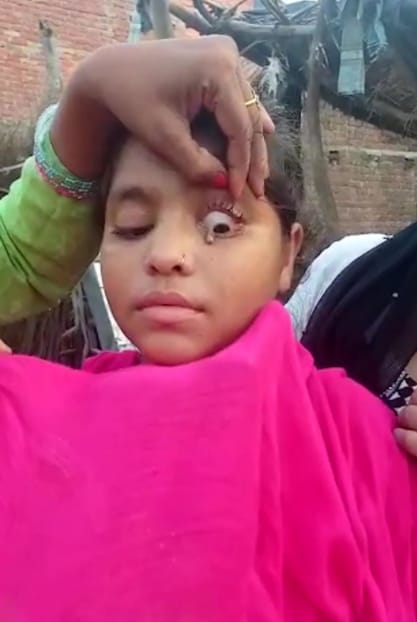 She was filmed in the village of Gadiya Balidaspur, a lump can be seen in the upper left-hand side of her eyelid according to the clip.

A person off-camera appears to massage it down until what appears to be a stone drops out of her eye and falls onto the girl's top eyelid, this time coming from the upper right-hand side.

The family have consulted many doctors that all insist it is not medically possible. 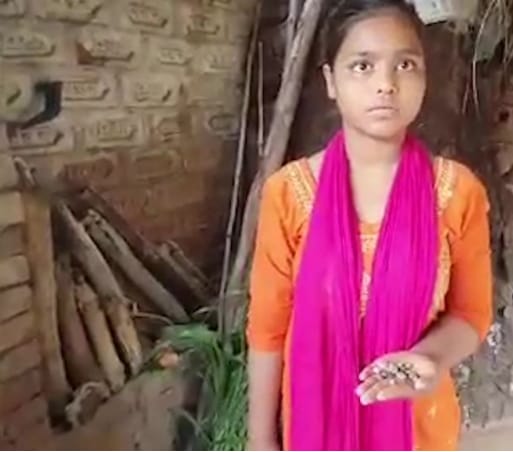 According to our research, This isn't the first time such has happened. In 2014, the mail online reported on Saadiya Saleh who is 12 years old from Yemen suffers from a similar condition.

And Doctors said they still could not give an explanation for such a phenomenon since the girl is not suffering from any known Disease.

Saadiya's condition triggered panic in rural areas where they assumed the girl must be possessed by magic.

Lovely Moment Of Davido And Chioma As they Dance Together At Their Son's Second Birthday Party,(Video).