AM REALLY SORRY FOR WHAT HAPPENS TODAY SIR - BOB'S EX-PA SLIDES INTO MOMPHA'S DM AND APOLOGIZED,(PHOTOS). 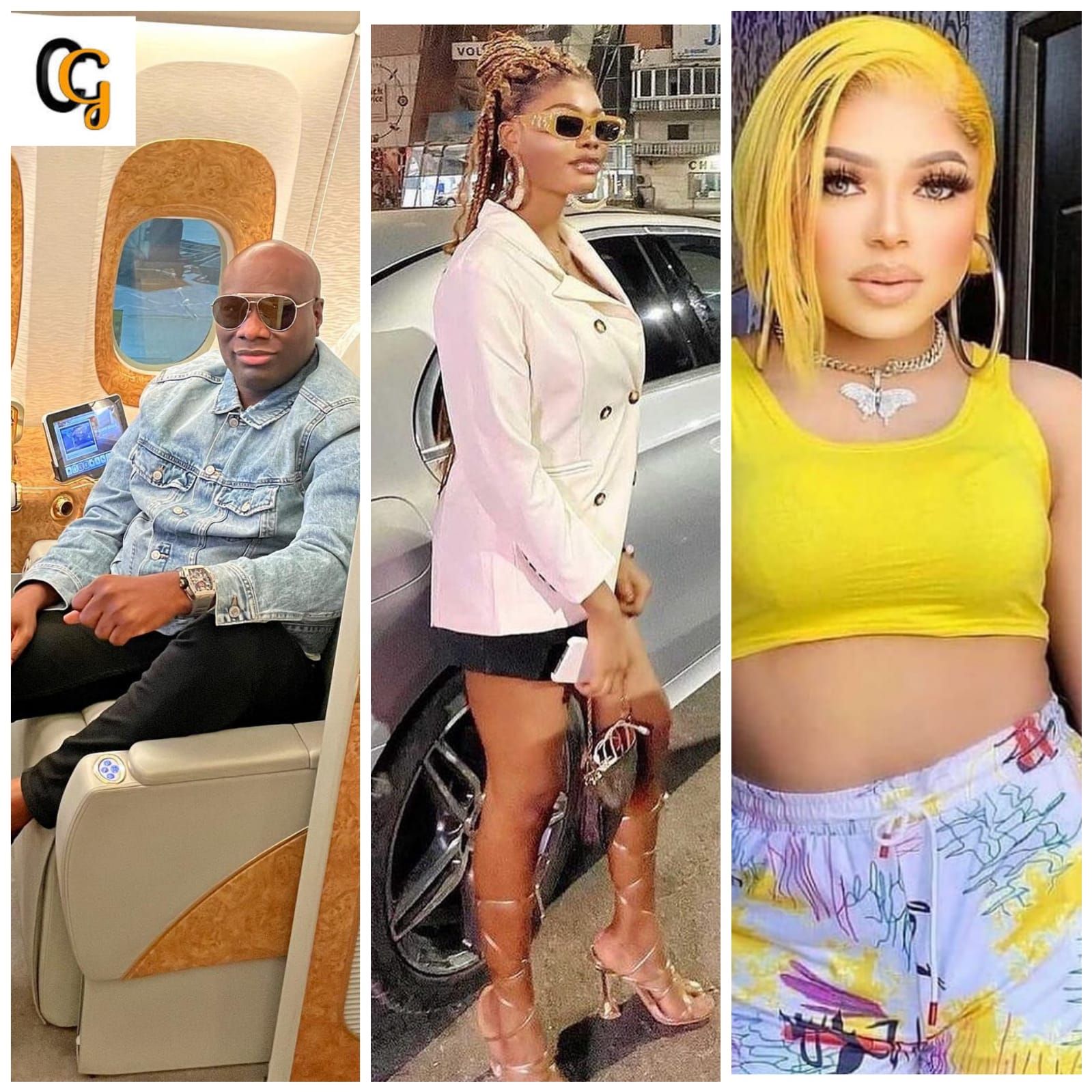 Bobrisky ex-PA known as Lyme has tendered an apology to Mompha after she went on social media to allege that he and Bobrisky had a s*xual relationship.

According to the news, Oye while in a question and answer session on IG alleged that Bobrisky told her that he had an affair with Mompha, then Mompha threatened to sue Kyme for the comment she made.

Few hours after his threat, she slid into his DM to tender an apology, but Mompha demanded that she makes the apology public.

SEE THE CHAT BELOW: 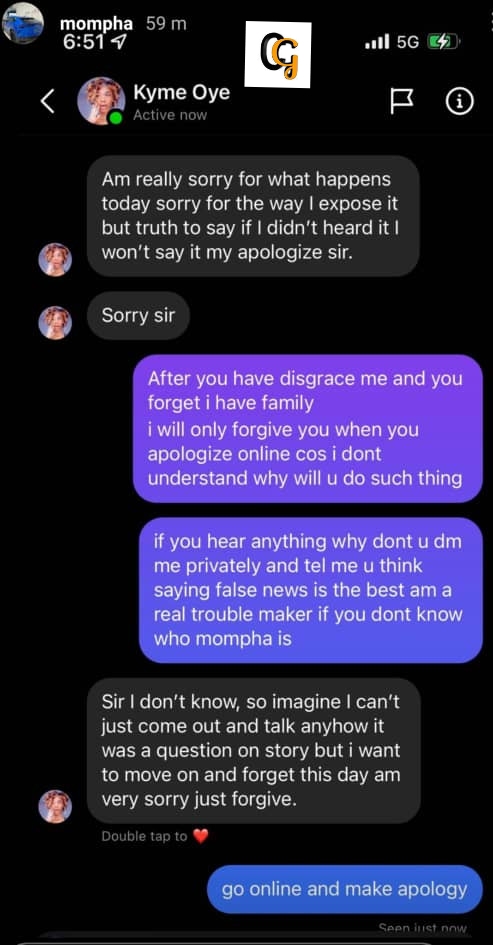